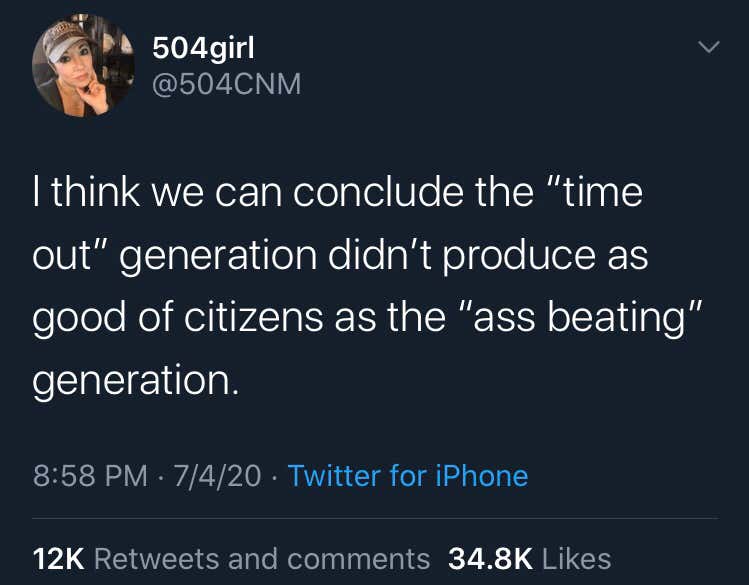 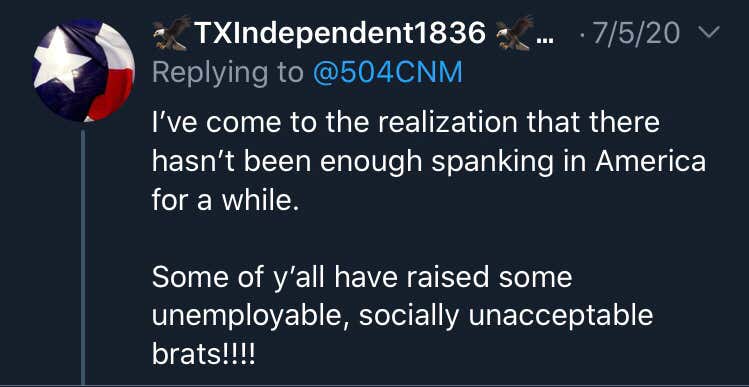 As much as I hate to admit it, America is fucked. The country I once knew and loved so much is crumbling at the dainty hands of the “time out” generation of "men" who never got their petite, little boy butts spanked or flogged by their grown adult parents for being naughty. It pains me to watch our once-great nation become progressively pussified and emasculated by this new generation of coddled kids who lose a game of pop warner and receive a participation trophy instead of a palmful of man hand. As a heterosexual husband and football coach who doesn’t have the heart, nor the sperm count, to raise a child of my own in such a pathetically soft society, the only thing I can do is sit back in disgust and bravely share the memes of a guy who spends his free time pretending to be a fictional redneck on the internet. 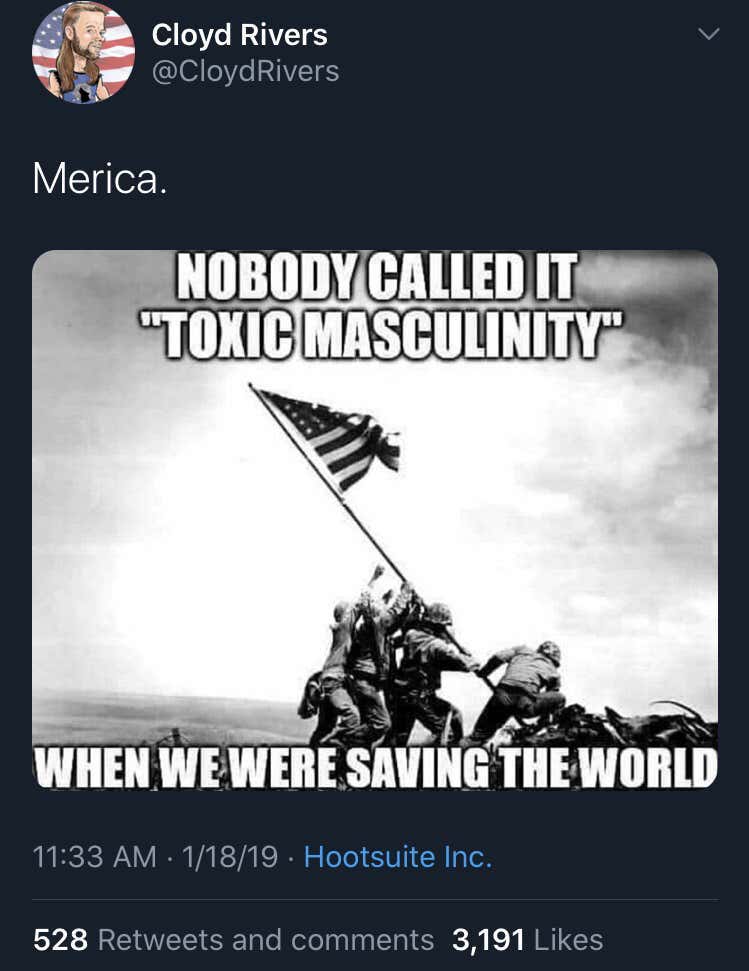 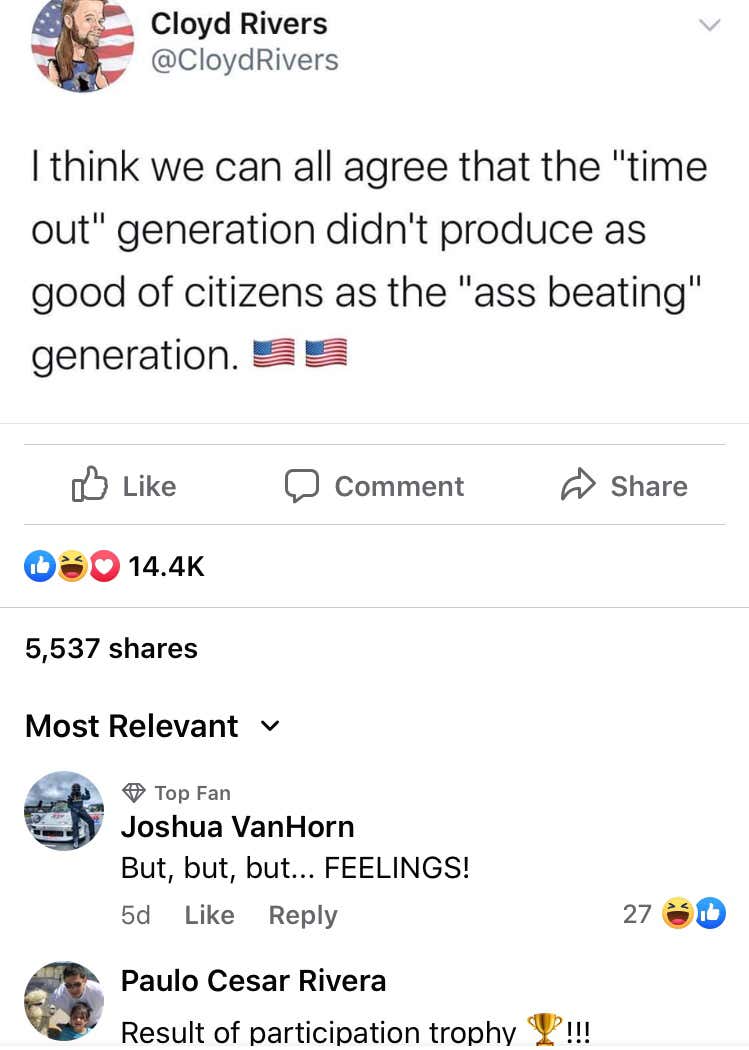 Every night before couch, I find myself pridefully staring at the virtual badge I earned for being the “Top Fan” of Cloyd Rivers’ Facebook page and blissfully reminiscing about the good old days when my step father would spank my smooth, little ass cheeks until they looked like a pair of Maraschino cherries. God, would I do anything for one last session with the old man. 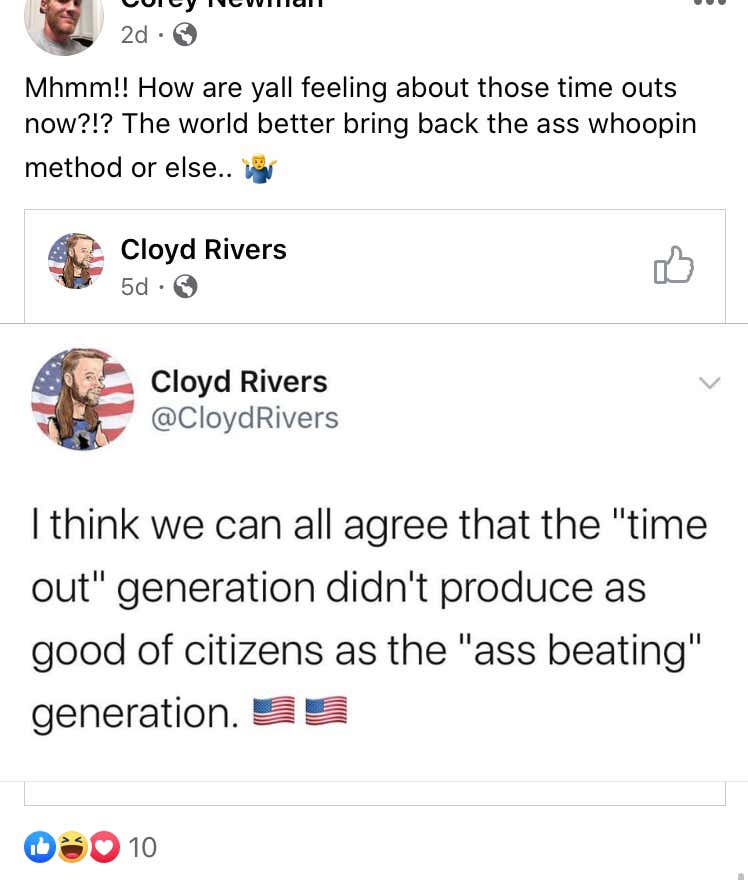 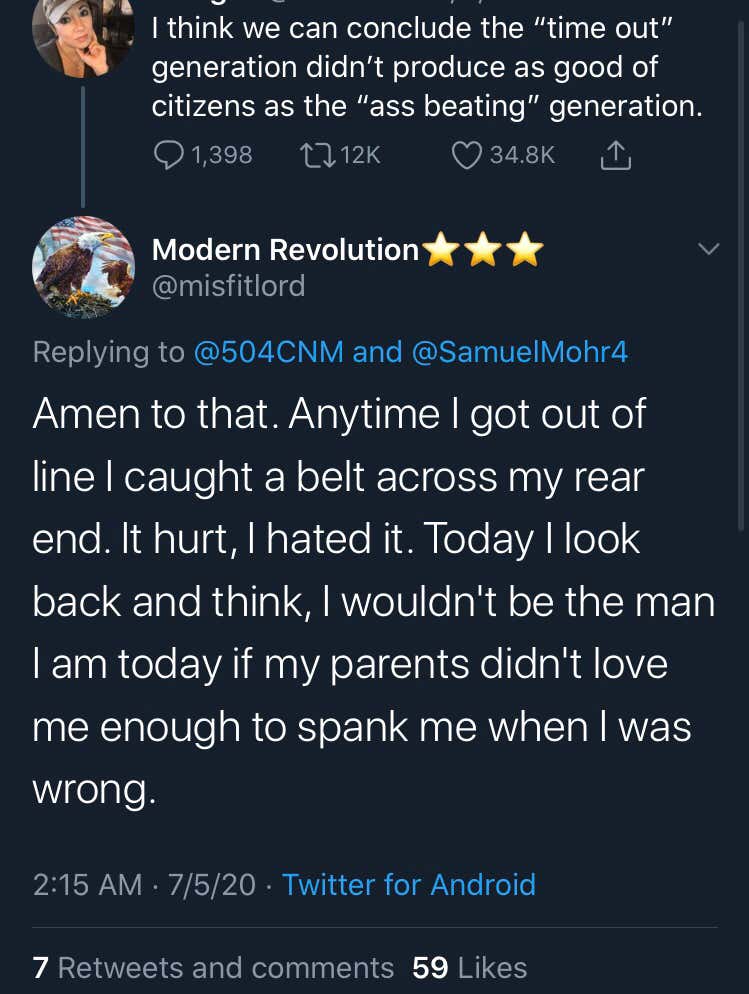 The fact of the matter is that those childhood "ass beatings" turned me into the man I am today. And I’m forever in debt to him for the way he made me squeal like a hyena as his cold, calloused palm ricocheted off my tiny rear end like a makeshift racquetball. I remember feigning pain and bellowing, “Please stop, papa bear!” to give off the impression that it was an effective method of negative reinforcement, but deep down I couldn’t get enough. 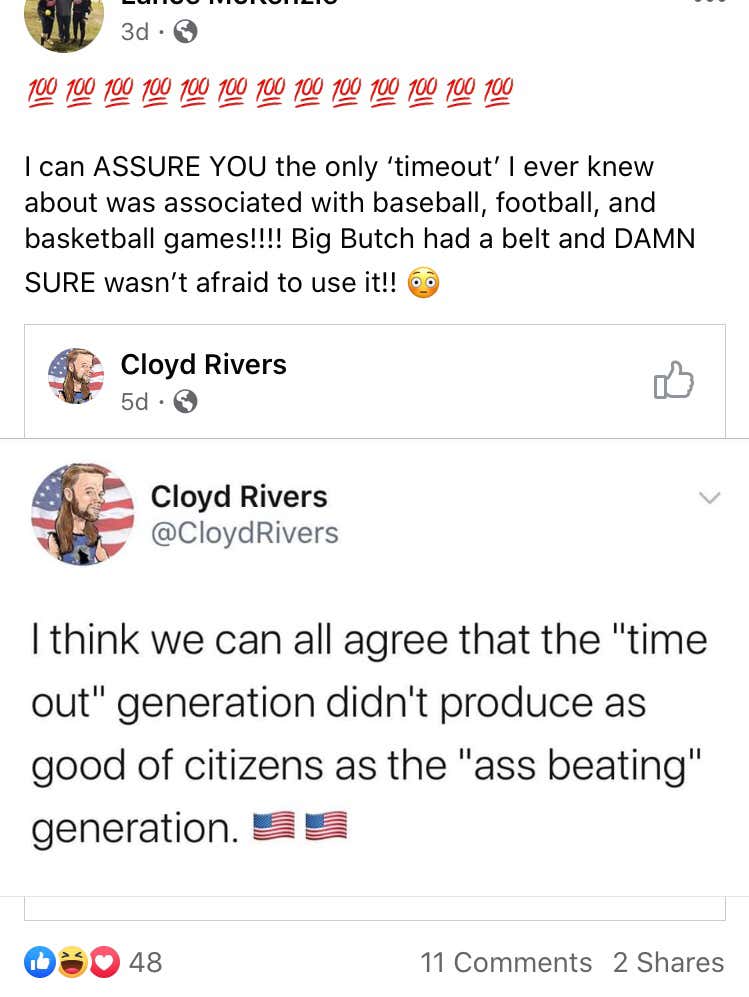 Not only did it make me release unknown endorphins, but it was an essential part of becoming the upstanding American citizen I am today. Hell, I remember going down to Chattanooga to see my Uncle Chip as a young whippersnapper and purposely breaking the rules in his house – tinkering around with his insulin vials and whatnot – because I knew my buttocks would have the privilege of getting blessed by the Confederate army belt that was once worn on the frontlines by his great grandfather, Private W.R. Ruppert, 5th Tennessee Cavalry. 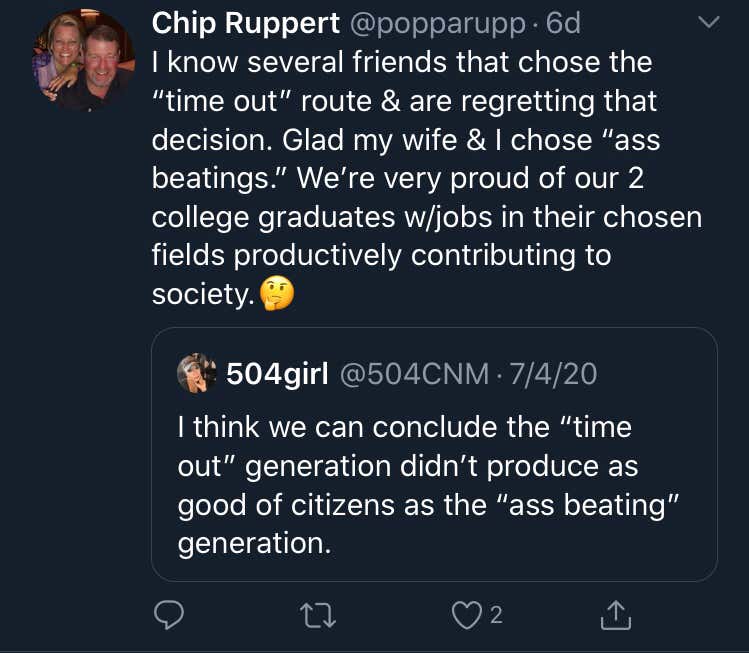 Something about the stone-cold brass and soldered-on iron hooks of those 19th century Southern buckles drove me absolutely bonkers when he'd use that belt to play pickup games of Whac-A-Mole with the birthmarks on my butt cheeks. But more importantly, it paved the way for my future as an employable college graduate with integrity and class. 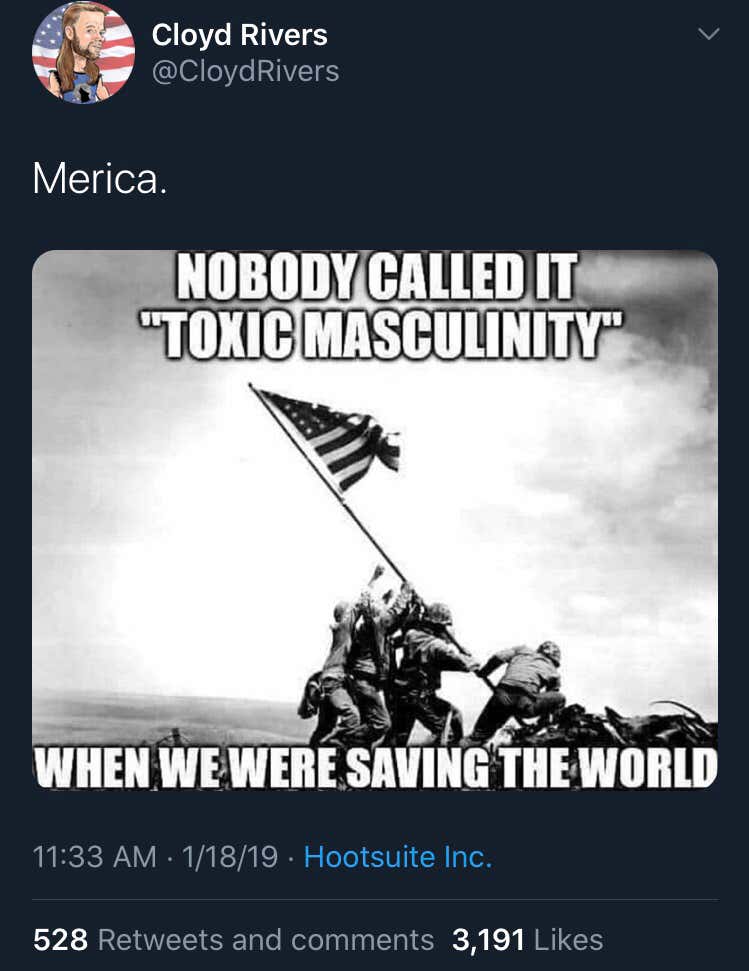 As the last of a dying breed of "real men" on the internet, I can't help but pay respects to Mr. Rivers for using his gigantic platform to make America a more masculine place. After all, I can't think of a single thing he enjoys more than fighting for our country. 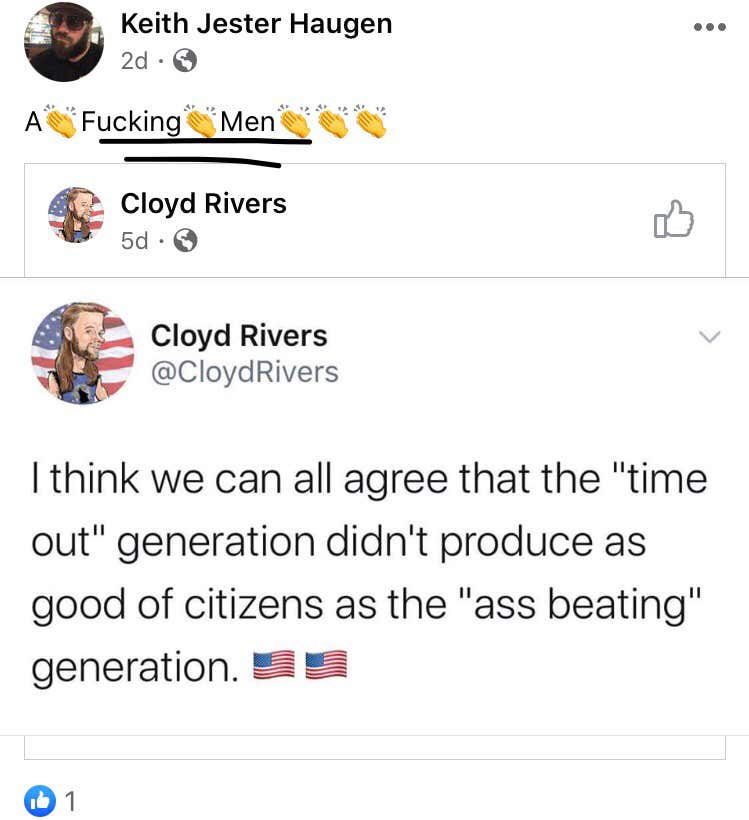