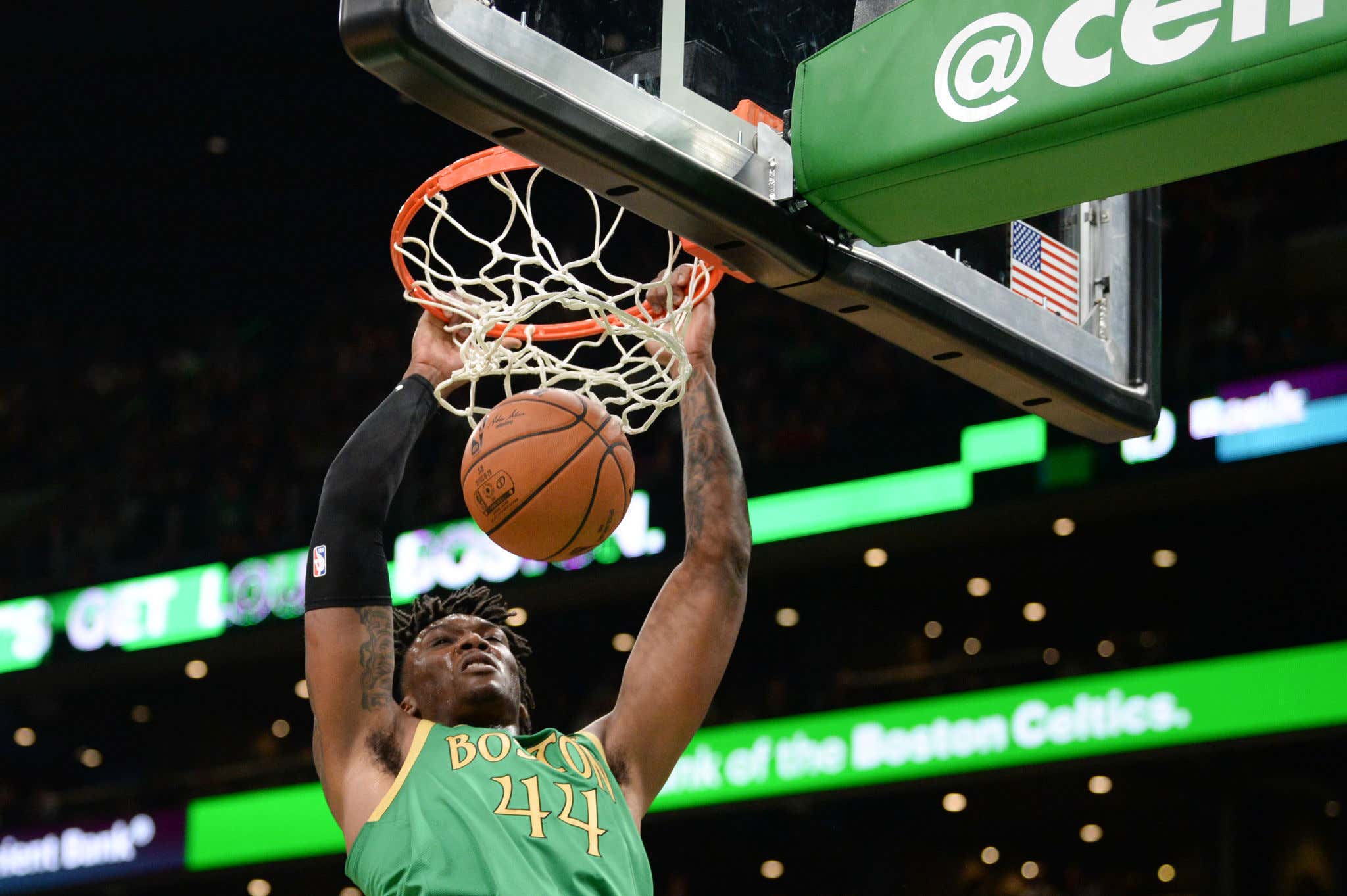 As we inch closer and closer to July 31st I've been trying my best to remain calm about a guy who in my opinion is the biggest wild card on the Celtics roster. When you hear pundits and trolls talk about this team and their chances in Orlando, one thing everyone always seems to mention is the "issue" with the Celtics front court. You hear "they have no bigs" thrown around on the regular and "how are they going to defend Player X". That's interesting, because as someone who actually watches this team and its top 5 defense, I've seen this frontcourt allow the third fewest points in the paint in the entire NBA (TOR, MIL are better). They are the 4th best rebounding team in the East, and the third best rebounding team among East teams in the bubble. People love to shit on Kanter's defense, but it's not his post defense that is an issue, it's his drop coverage. For example, this season Joel Embiid shot a combined 12/32 (37.5%) when guarded by Kanter and Theis. That seems pretty good. The idea that the Celts have big time frontcourt issues really isn't as bad as the ill informed want you to believe.

With that said, it brings me to the point of this blog. We saw that type of team defensive production despite Robert Williams playing just 23 games. If there is one thing we've learned in his first two years on this team it's that his talent is big time special. The man is an athletic freak. But all the athletic ability doesn't mean shit if you don't have actual availability. In his limited sample size this year, Timelord's numbers are pretty ridiculous. A 123 Ortg, a 98 Drtg, a 17.9% REB% with an 8.0 BLK%. He's a pretty legit passer for his position with a 9.5% AST%. His advanced metrics are erotic, but it's more than just the box score. He passes the eye test for what his role would be

But the man has never been able to stay healthy. Every time we saw the potential start to come to fruition, he would then be out for multiple weeks. I can't lie though, hearing the quotes coming out of Orlando has my brain going to dangerous places

Now this is where I need to make myself very very clear. WE NEED TO PUMP THE BRAKES. Myself included to some degree. In a bubble environment with a whole bunch of unknowns, what the Celtics are going to get from Timelord is near the top of the list. He could be a monster rim protector, a weapon as a roll man in P&R, and someone who can add value on both ends. But remember, he's barely played. It's just as likely he's slow on rotations, hasn't figured out his positioning and does nothing but get in foul trouble, maybe gets hurt again, shit like that.

The beauty of Timelord's situation though is the Celts are basically playing with house money when it comes to his minutes. They've shown they can be a legit defensive team with him not playing, so anything he gives you is a bonus. If that turns out to be the best case scenario? Well that certainly makes this team a little more interesting. He brings a certain dynamic to this team on both ends of the floor that no other big on the roster has. That's exciting. It also helps that my expectations of what he could give are very low to begin with, only because we've all been down this road before only to see him get hurt.

I'm not trying to suggest the ceiling of the Celts ultimately comes down to Robert Williams, that would be ridiculous. But he is absolutely the type of player that can help change the momentum of a game in his short stints. If he protects the rim and handles his business on the defensive glass, he's going to make an impact. Maybe it's only for 15-20 minutes a night, but with someone like Theis who can't stop getting in foul trouble, a healthy Timelord becomes even more important. This is usually how things go when the Celts have some sort of training camp. The quotes about Robert are intoxicating. Now it's time to see if this is the opportunity where he actually backs it up while being able to stay on the floor.

He's a wild card for sure, but he's our wild card. I can't wait to see what this new and improved version looks like.