Just a quick little tidbit on a Sunday night. Tomorrow the Redskins internal "thorough review of the team's name" will come to a close and they will officially announce they will be changing the name.

It doesn't seem like they will announce the new name tomorrow. I think they were all set to go with Warriors, but with the amount of support Red Wolves is getting almost universally, maybe they are rethinking it? Basically all of Redskins Twitter and a bunch of Skins players have come out in support of Red Wolves, there are some really cool mock-ups that have been made

And I think it's actually possible an organic Twitter campaign could get this team renamed the Red Wolves. It's beginning to feel way more real, I mean look at this list of supporters: 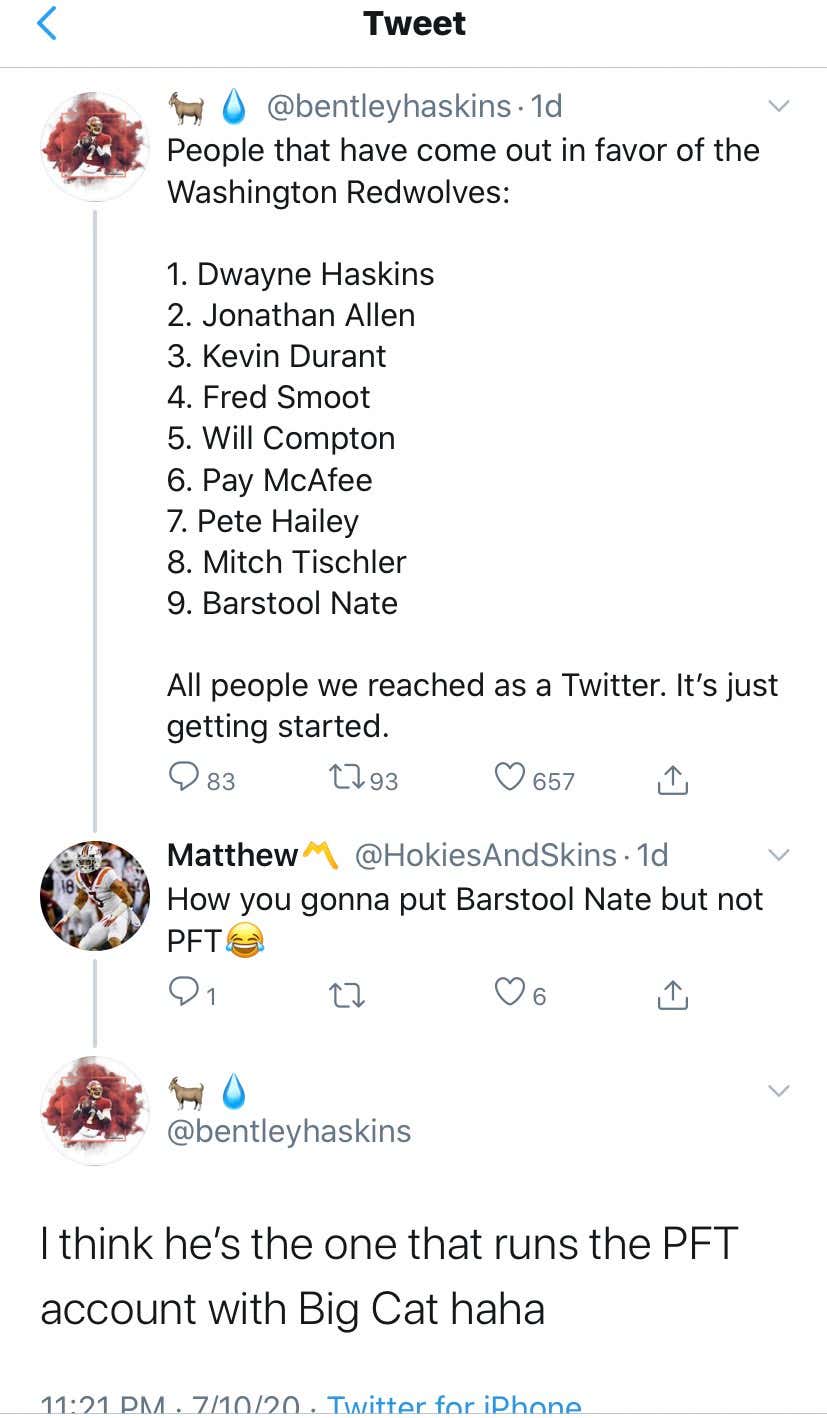