What a viiiicious shot to put an end to this evening's first bout, huh?! Kinda reminiscent of that Israel Adesanya hook that finished Robert Whittaker back at UFC 243, earning him the UFC Middleweight Championship....

As if the KO wasn't impressive enough, though, Davey Grant informed UFC President Dana White afterwards that his jaw was broken in the first round of that one as well….

What a warrior. God damn. He came off incredibly likable (and he had a fantastic accent) in his post-fight interview, so he's definitely earned a new fan outta me tonight! Great way to kick the night off, despite it putting me down 0-1 on picks….

(I don't actually care at all)

We will be LIVE and hanging out on Zoom for the full main card starting at 10pm ET along with plenty of friends and special guests like Brendan Fitzgerald, Buddha Ben, Zah, Spider, JackMac, Big Ev, Blaise from Gametime, Chuck Naso, and more! Come watch along with us if you'd like! It's gonna be a good time! 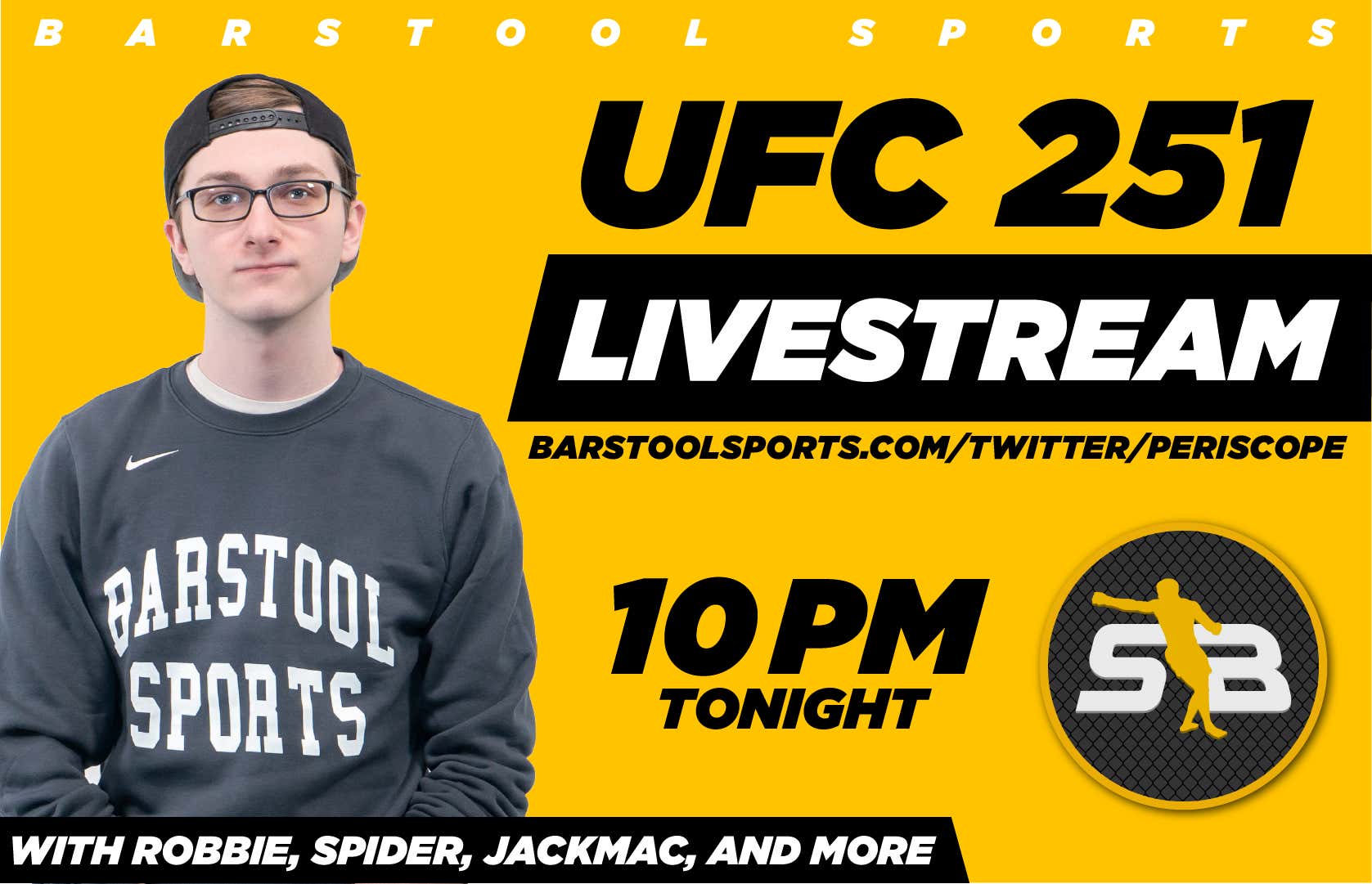