Let's. Fucking. Go. The NHL + NHLPA ratified a 4 year CBA extension and the return to play plan and hockey is officially BACK. The first 10 day schedule has been released and it's GLORIOUS. Just games on games on games. 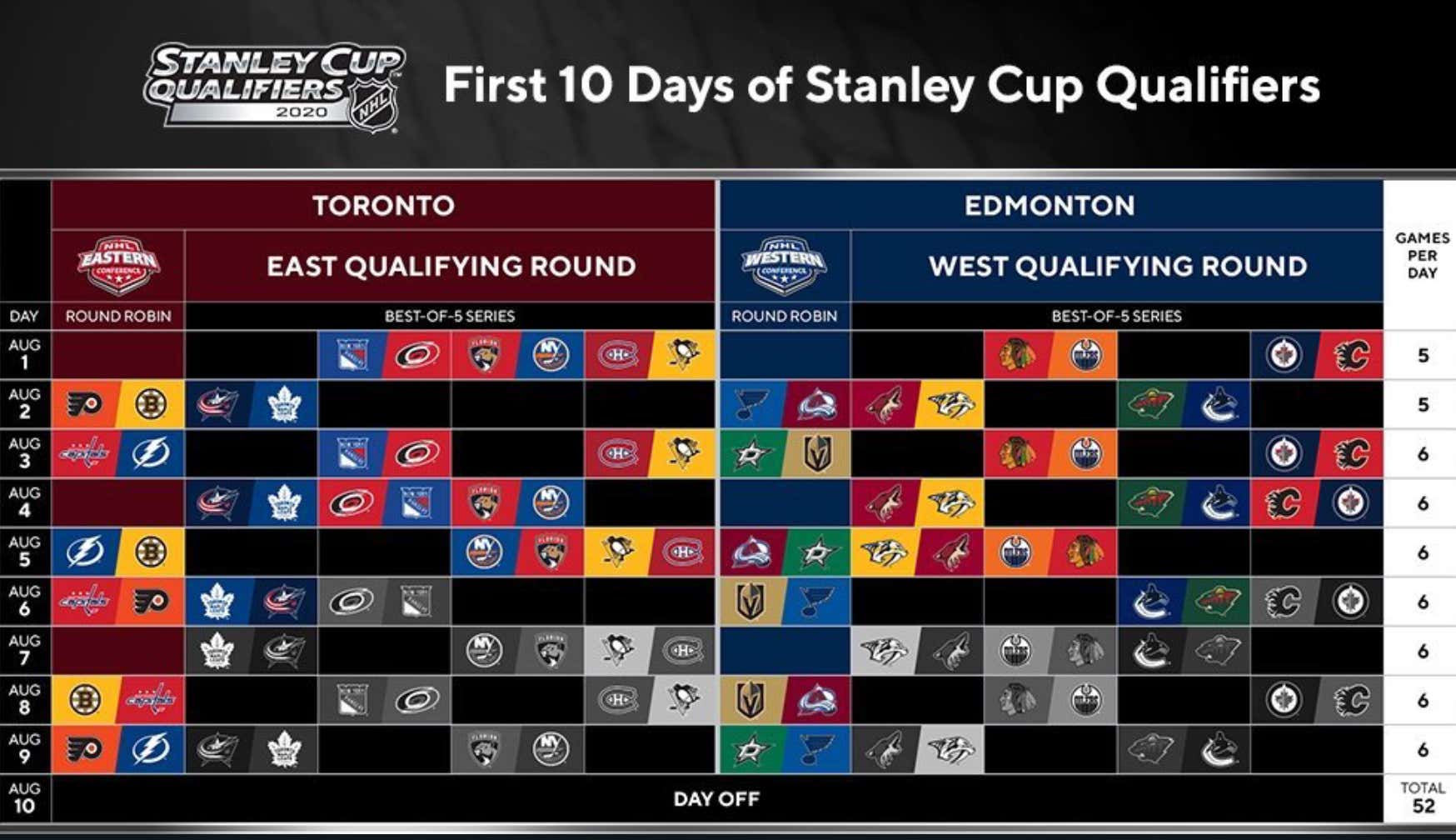 It's truly a gamblers dream, there will be FIVE games the day the NHL returns between the two hub cities, all staggered.

Obviously it will be interesting to see how the testing plays out, these guys are risking their health and leaving their families in hopes of lifting Lord Stanley. I'm hoping once players get into their bubbles that things will run smoothly but we'll find out. If they choose, players must opt out before 5 pm on Monday.

B's training camp opens Monday, they'll head to TOR on the 26th and begin play on August 2nd. They'll have 3 round robin games for seeding, which is bullshit because they were a wagon all year and deserve to be the No. 1 seed but alas they gotta make these games competitive somehow. I for one am looking forward to that Lightning game on the 5th of August.

ps I'm getting married (small wedding, postponed the big one) on the same day as the B's first round robin game but you're nuts if you think I won't be watching/blogging it.

Revenge Tour back on.