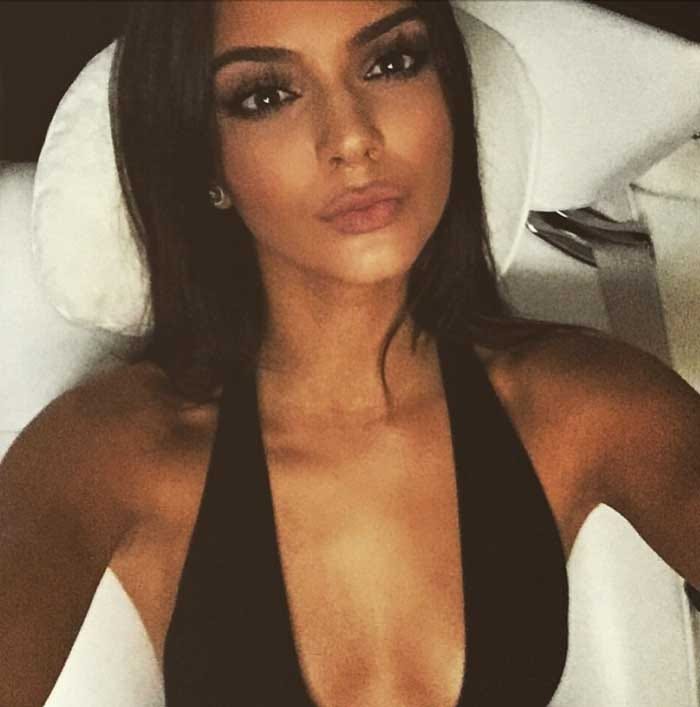 HollywoodLife – Kendall Jenner, 19, and Scott Disick, 31, were spotted on a shopping trip at Barneys New York in Beverly Hills on April 20. What would have looked like a casual afternoon of family bonding is now tainted by the previous romance rumors between the unlikely pair.

In March, it was reported that Scott proposed to Kendall! “He told [Kendall] how unhappy he is with Kourtney, how the passion is gone in their relationship,” a source told Star. “And in the same breath he talked about running away with Kendall. He said he’s desperate to start fresh.”

The insider adds that Scott allegedly couldn’t fight his feelings for Kendall anymore, so when he had too much to drink he blurted out: “We should get married,” according to Star.

“She actually told him to stop and said they had to end ‘whatever this is,’” the source claimed. “She begged him to go home to Kourtney and make things work, because she didn’t know how they could carry on without destroying the family.”

Fucking Scott Disick man. Perhaps surprisingly, I’m not a big fan of the Kardashian shows but whenever I have had them on, I’ve genuinely enjoyed Scott Disick’s vibe. The guy buys random dumb shit like a mobile office, he just quits going to rehab whenever he feels like it, and he kind of looks like Patrick Bateman in American Psycho, all things that really speak to my easily impressed and superficial soul. But throw a secret “Run away with me” affair with Kendall Jenner onto the pile and I’m almost willing to canonize this man. Has there anyone who’s done more with less out there? Even in a family of people famous for not doing anything noteworthy, Scott Disick has REALLY done nothing besides make snarky remarks and knock up a Kardashian. To parlay that into fame, fortune, maybe a divorce settlement from Kourtney AND banging the hot young legit model of the family in Kendall? My god. Just redefining KFC’s snake it til you make it game.

PS I’m also not ruling out that this is setting up all of them including Kylie, Kris, and Mama Brucina fucking Scott Disick on video in some sort of next level fame play. Just when you think you have all the answers, the Kardashians change the questions.