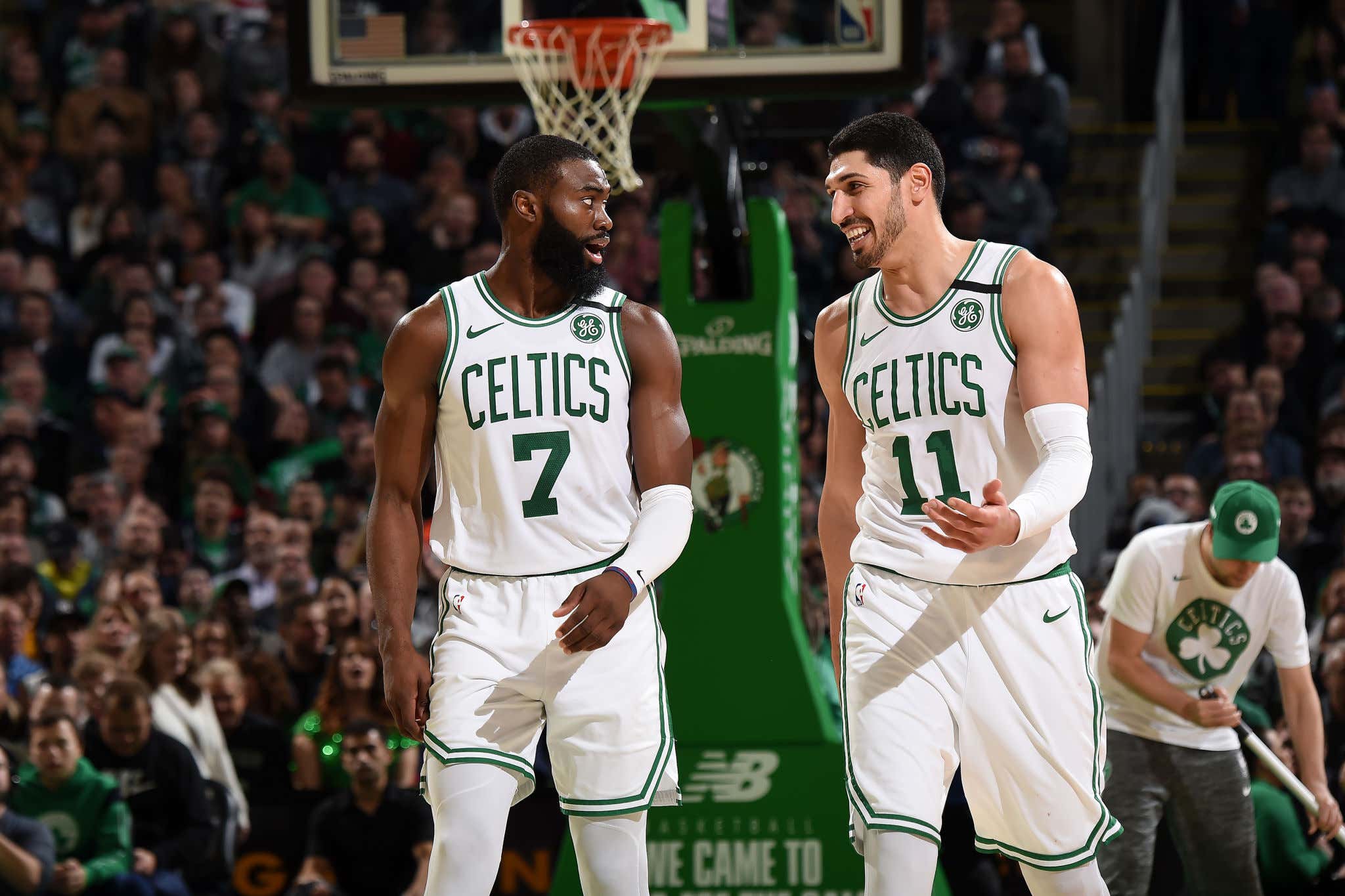 Since the second Enes Kanter became a member of the Boston Celtics, he has been pretty much everything I expected him to be. On the court he's doing exactly what he came here to do. He's a rebounding monster, a consistent low post scoring threat, and the defense is....well....not great at times. But for a team that desperately needs rebounding/second unit scoring help I think Kanter has done a solid job in his role. He's not perfect, but at just $5M a year or whatever there's great value there.

But off the court I can say with certainty that nobody, and I mean nobody panders to this fanbase like Enes Kanter. It's fantastic. Dating back to his introductory press conference when he was doing shit like this

to when he dunked on known Celtics troll Nick Wright

it didn't take long to win this fanbase over. Well now that everyone is in the bubble Kanter is back to his pandering ways and I can't lie, even though I know what he's doing I still don't give a shit. It still has me bursting as the seams with excitement. On his latest podcast episode with Chris Forsberg he covered a wide variety of topics and it did not disappoint. There was a lot of good stuff in there in terms of the Celts getting the best food to Jaylen/Tatum/Marcus/Kemba getting the biggest rooms which was all fun to hear, but it was the way he ended that had me head over heels

Inject that right into my goddamn veins. I don't care if it was mostly bullshit, at this point I'm just looking for someone to tell me what I want to hear. Jaylen Brown looks even more jacked and is ready to beast on everyone after a nice slumber in his sleep camber? Hell yes. Jayson Tatum looks like the February Tatum that was basically a top 5 player in the league and he hasn't lot a single bit of touch on his jumper? I'm getting light headed. Robert Williams looks really good, is healthy and dunking everything? Hold on I might need a minute. Kemba lost weight and looks lean and is in good shape? That's huge for his knee. Hayward looks "really really good"? Be still my heart.

This is why I love and appreciate Kanter. He's willing to give us the soundbites we need to help get us to July 31st. Hearing those quotes, I believe him yo. I don't know why but I do. The next 21 days cannot fly by fast enough, especially if Kanter is telling the truth.