I think most Mets fans have stopped orgasming now that news of Steve Cohen being the highest bidder of the Mets after Round 1 is roughly 12 hours old. For anybody still wetting their drawers, please quietly continue but don't read ahead until you are done. Everyone else that sowed their Stevie oats from last night can skip ahead.

Alright, everybody relatively dry below the belt? Close enough!

Now I took no great pleasure when I broke the news that Steve Cohen's bid to buy the Mets had fallen apart a few months ago, but it had to be reported. Just like I take no great pleasure in detailing that Uncle Stevie saving us from the Wilpons is still very much in doubt just like when Jacob deGrom hands the ball to his manager with a 2-0 lead after 7 wonderful innings.

NY Post- Cohen’s bid wasn’t the only one to come in before Thursday’s deadline. Alex Rodriguez and Jennifer Lopez have their necessary funding and made a bid that is likely good enough to keep them in the game, sources told The Post. The former Yankee slugger’s bidding group offered around $1.7 billion, two sources close to the situation said.

OK, we knew that there were going to be other real bidders in this process and the A-Rod/JLo/Repole/Viola/Portnoy(?) group was my clear 2nd choice both compared to Stevie as the runaway number 1 and the riff raff from 3 to however many other bidding groups there are. So them being in 2nd but still roughly a quarter of a billion dollars behind Straight Cash Cohen makes me happy.

What doesn't make me happy is this part of the report:

Cohen would likely need to pay about $250 million more than his nearest rival to buy the Mets after he tried unsuccessfully to rework his $2.6 billion deal in February to buy the team and then walked away, sources speculated. That means he will need to pay more than $2 billion, sources said.

Mets COO Jeff Wilpon would prefer to sell the team to J-Rod if their offer is close to the best bid at the end of the auction, several sources said.

I don't know if this is a negotiating tactic by the Wilpons to get a couple more bucks from a billionaire who always gets what he wants or Jeffy Poo stomping his feet and screaming that he wants the supersexy megacelebs getting his favorite shiny toy. But I am taking it as a reminder to Mets fans not to forget that the Wilpons are still technically in control right now and those bumbling idiots can fuck up in spectacular fashion one last time on their way out the door. Don't count your eggs before they hatch and don't count how many free agents Steve Cohen is going to bring to Flushing next year until roughly a week after the ink has dried since the Wilpons are such motherfuckers.

As a Mets fan that has become used to heartbreak, I can already see a scenario where the Wilpons piss off Cohen yet again causing him to bail once and for all followed by Major League Baseball having some sort of approval issue with the A-Rod ownership group, followed by us being stuck in this Groundhog Day hell with the Wilpons atop the org chart once Opening Day for the 2021 season rolls around as the Mets are sold for scraps to some shitty ownership group not nearly as good as Steve Cohen. To quote the great Kevin Garnett "Anything is possibllllllllle" with this shleprock still making decisions. 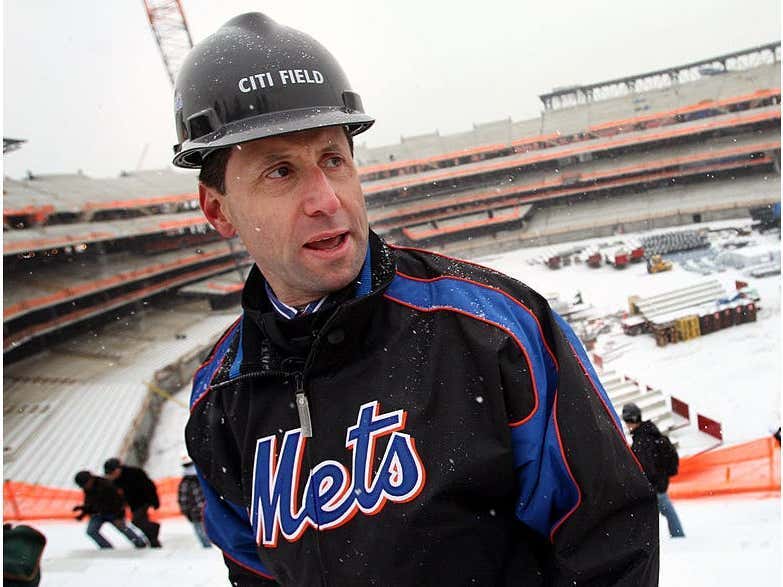 KFC and I will be discussing all this ownership mumbo jumbo, the actual 2020 season that may or may not even happen and much more on this week's We Gotta Believe's on a Twitter live stream at 11 am (or in podcast form once we upload it a few hours later).