Yesterday the Yankees held another intrasquad game for my entertainment and joy. I've basically been treating these practice games like the real thing since there's no guarantee we actually get a season in. I go out of my way to make sure I'm in my room watching these games for first pitch. At one point yesterday there was no else in the field except for the pitcher, catcher, and batter. I need professional help.

Now because I haven't seen baseball in so long I automatically think any decently impressive play is amazing. That happened with Mike Ford's snag yesterday in foul territory.

Is it an impressive play that is far from routine? Without question in my mind. Did I overdo it with the gold glove wording? For sure, but exaggeration is part of the game especially when I haven't seen this shit since October. 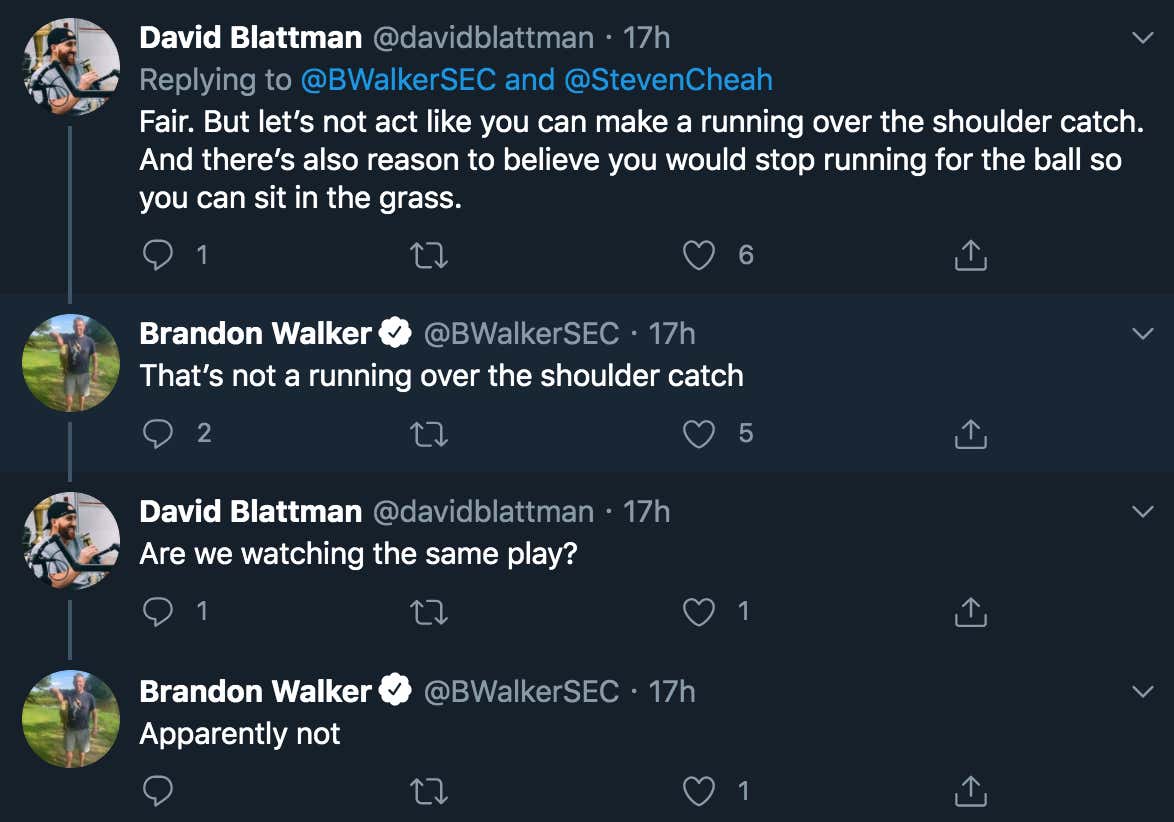 Yeahhhhh you're a professional first baseman Brandon. Fuck outta here man. Let me make this very clear. If Brandon Walker was in Mike Ford's position on that play with no heads up on where the ball was going he makes that catch exactly zero times. Zero point zero. Brandon Walker thinks he's Mark Teixeira all of a sudden and it needs to be addressed.

In order to make that catch you have to react in a split second, locate the ball, run about 90+ feet behind you to where you think the ball is going, adjust to the change in surface as you're going from grass to dirt, get a sense for where the wall is, pray the right fielder doesn't take your legs out, then locate the ball again to make an over the shoulder catch. First basemen will tell you that's the least fun play to make in the game. The fear of the RF coming and crashing into you is always there. That's especially true when that right fielder is Miguel Andujar, an infielder trying to learn a completely different position on the fly.

That's a routine play that 90 percent of people who play baseball past the age of 6 can make? I actually don't think Brandon would have moved an inch once he saw where the ball was heading. He'd just assume the right fielder had it or it was going foul. It's simply preposterous to think Brandon Walker is making that catch one single time. If it's a drill and he knows the ball is going in that area beforehand then he has a shot, but it's still far from routine. In real time not knowing that fly ball is coming he has absolutely zero chance. ZERO.