Things are not great in Florida right now. Here is a look at rate of positive tests: 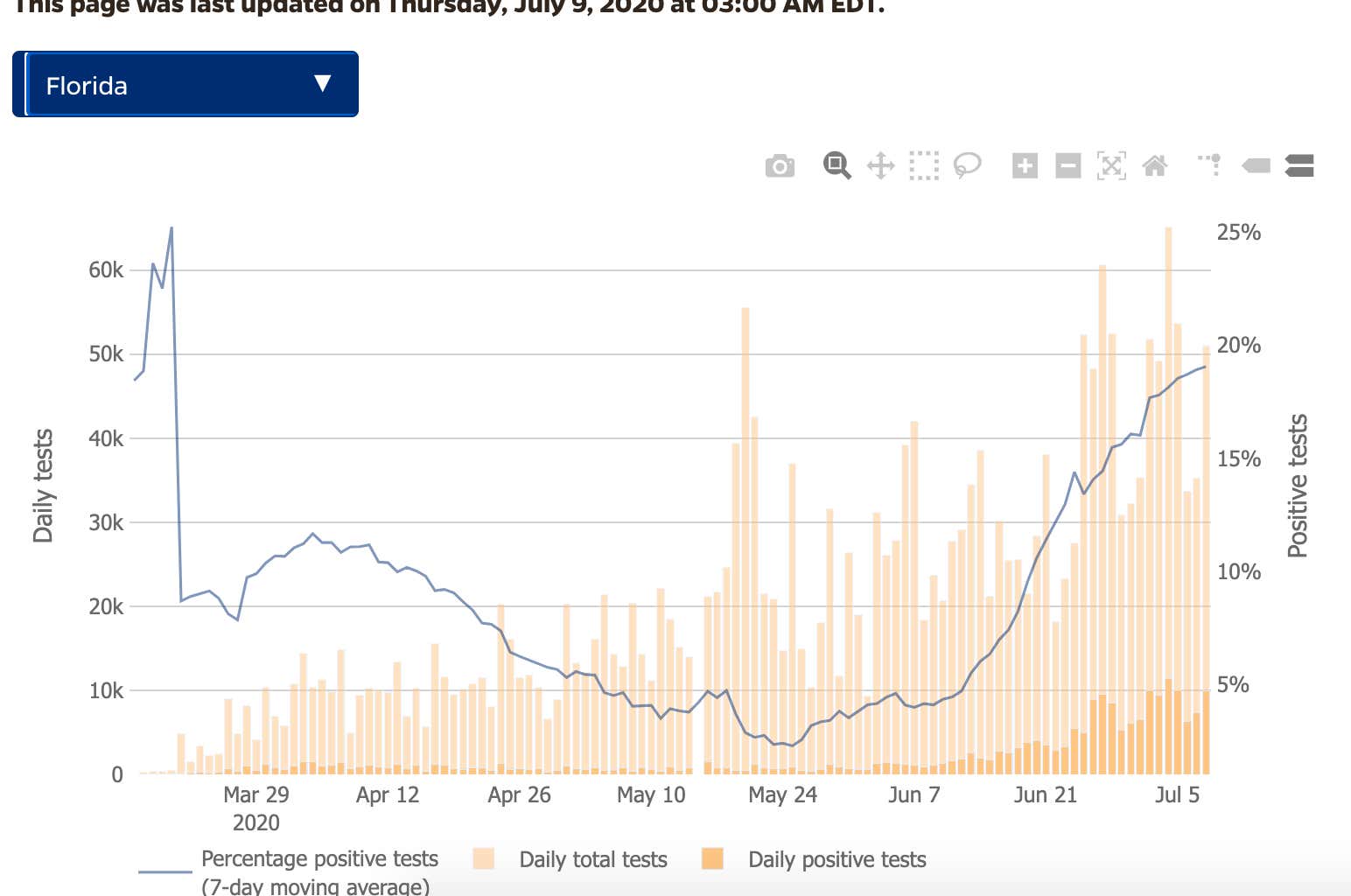 Not the curve you want to see!

In other news, Disney World, which is located in Orlando, has announced that they will be reopening.

The Disney (DIS) resort plans to begin a phased reopening on Saturday for its Magic Kingdom and Animal Kingdom parks, followed by EPCOT and Hollywood Studios on July 15.

Although Disney is implementing several measures to reopen safely, the reopening of a dense theme park roughly the size of San Francisco comes with risks, questions and criticisms as cases are spiking in Florida.

I'm not an expert when it comes to COVID-19. I do know that the decisions that states and businesses have to make are difficult. It's hard for me to sit in my apartment and point my finger at them as "wrong." Look at the revenue that Disney World produces for Disney:

Nathanson estimates that Disney World alone generated $11.2 billion, or about 16% of the company's total revenue in 2019 and added that it's a massive driver of growth for the company.

All that being said, Disney reopening? Can't be good in terms of keeping the virus contained. Because you KNOW that these Disney fanatics are going to be waiting in line when it reopens.