“I’ve been getting hit up by everyone asking me about this DeSean Jackson post, and I wanted to take some time before I responded because it’s a complicated issue, and I wanted to be thoughtful. I wrote down some of my thinking.

“I’ve seen DeSean play in his career, make outstanding football plays. We’ve communicated over social media. I’ve got nothing but respect for his game. I know he said some ugly things, but I do see an opportunity to have a conversation.

“For me it’s not just about religion, it’s about community and culture as well. I’m unusual, because I didn’t identify as Jewish until later in my life. Whenever I encountered hatred, it never really felt like it was aimed at me. It was only after I was part of this community that I learned how destructive hate is. Anti-Semitism is one of the oldest forms of hatred. It’s rooted in ignorance and fear.

I remember experiencing a little bit of this hate in 2011, when I was called "a kike" on the football field. There's no room for anti-Semitism in this world. Even though we're talking about anti-Semitism, I don't want to distract from how important the Black Lives Matter movement is, and we need to stay behind it. I think the black and Jewish communities have a lot of similarities. One unfortunate similarity is that they are both attacked by the ignorant and the hateful. ...

“We need to listen, we need to learn, we need to act, We need to have those uncomfortable conversations, if we’re gonna have real change. So to that end, DeSean, let’s do a deal. How about we go to D.C., and I take you to the Holocaust Museum, and then you take me to the Museum of African-American History and Culture. Afterward, we grab some burgers, and we have those uncomfortable conversations.”

And that is how it's done. Or how it can be, when we're being the best versions of ourselves.

Start with respect. Acknowledge the wrong. Call hatred what it is. Don't minimize it. Don't explain it away. But be willing to have an open and honest discussion about it. And whenever possible, finish with respect.

Albert Maysles, the filmmaker who made the Rolling Stones documentary "Gimme Shelter" among others once said something that's more true than perhaps it's ever been. He said, "Tyranny is the deliberate removal of nuance." When we start perceiving anyone we disagree with - even slightly - into monsters and demand they not be allowed to speak, that it pure tyranny. And the world where two guys do a museum swap and then eat fatty meats on buns is the one we should all work toward creating.

This was just a masterclass by Edelman. I'm glad he was so open and honest. And I'm not alone. 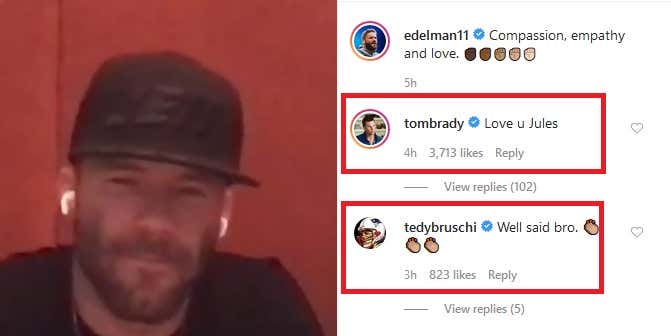