You knew once Davis Bertans opted out of playing in Orlando and John Wall made it clear he wasn't coming back either, that it was only a matter of time before Bradley Beal was the next domino to fall. The Wizards were included in Orlando mostly because they benefitted from the NBA wanting to find a way to get Zion into the playoffs when they made the bubble cutoff 5.5 games. That's the exact amount that the Wizards trail the Magic by for the 8 seed, and they would pretty much need a perfect 8-0 run or close to it to even consider making that play in series. Now with Beal shutting it down, that dream is all but dead.

But here's where I get a little confused. Did Beal injure himself during quarantine? Because this was his game log before the end of the season 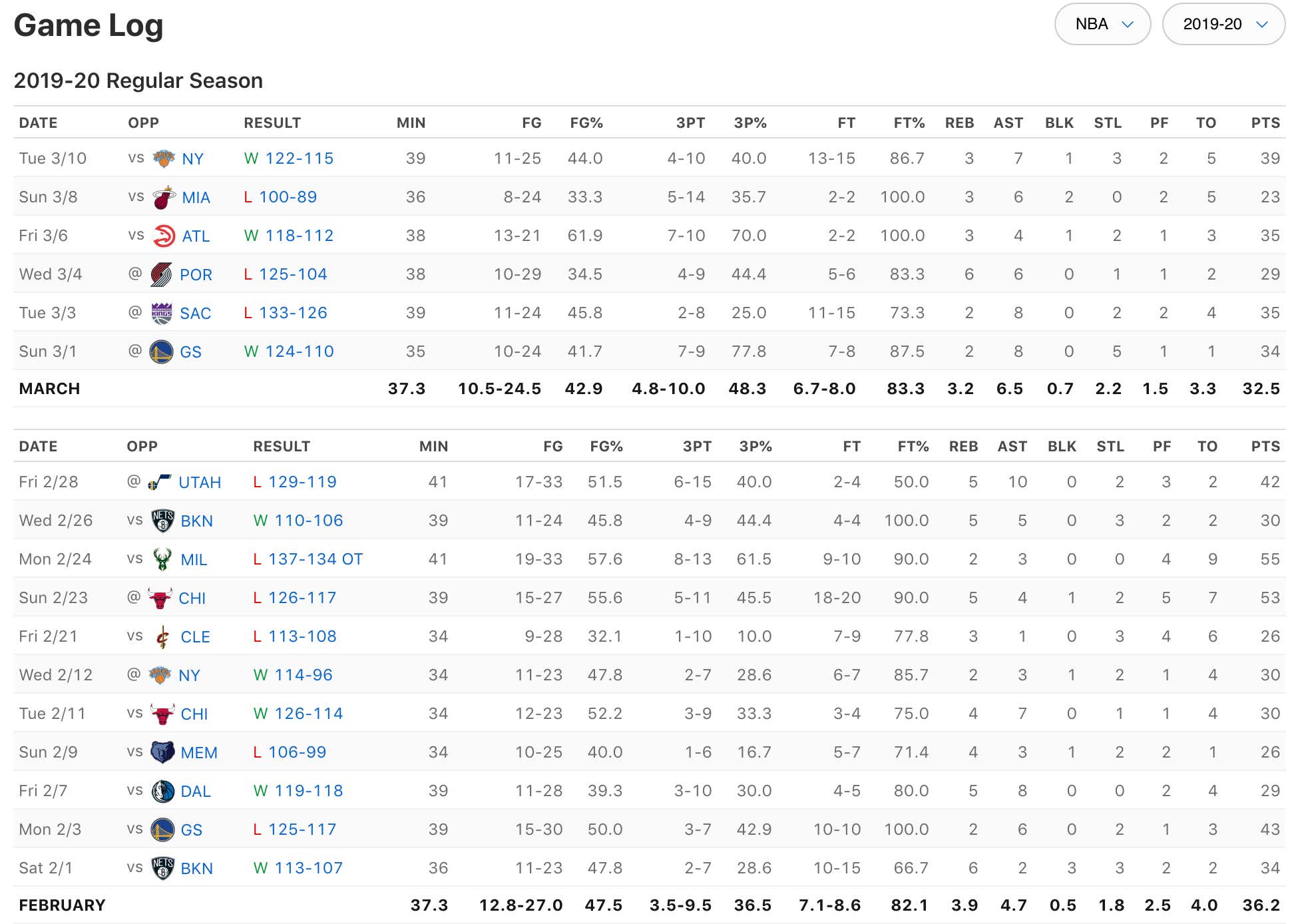 If this rotator cuff injury is serious, is he getting surgery? What does that mean for next season? Listen, I get it, if he's not 100% then there's no reason for him to play. Why risk any sort of further injury for an 8 game stay in the bubble? I also wouldn't even blame him if he saw the writing on the wall and just decided to skip Orlando even if his shoulder wasn't fucked up.

But there's also this to consider. We can't forget about all the trade rumors that have been swirling around Beal these last few weeks. Did the Wizards decide to shut him down because they plan on moving him later this offseason? He did just sign that extension so technically they don't have to make a decision like that for a few years, but I can't lie my spidey senses are tingling.

Either way, as someone who enjoys watching Bradley Beal play basketball, this news stinks. For my money he's the second best shooting guard in the league at the moment and he was having himself a pretty nasty season. Sure he got snubbed for the All Star team, but the man threw up 30.5/4.2/6.1/1.2 on 45/35% splits with 3.0 3PM a night. That's a monster season any way you want to slice it

Hopefully Wizards fans will get to see what a healthy Wall/Beal/Bertans trio might look like next season, but with Bertans hitting the market and a potential Beal trade not going away, things could go south real quick. It would be a tough spot to be left with only John Wall and that contract, but only time will tell how it all shakes out.