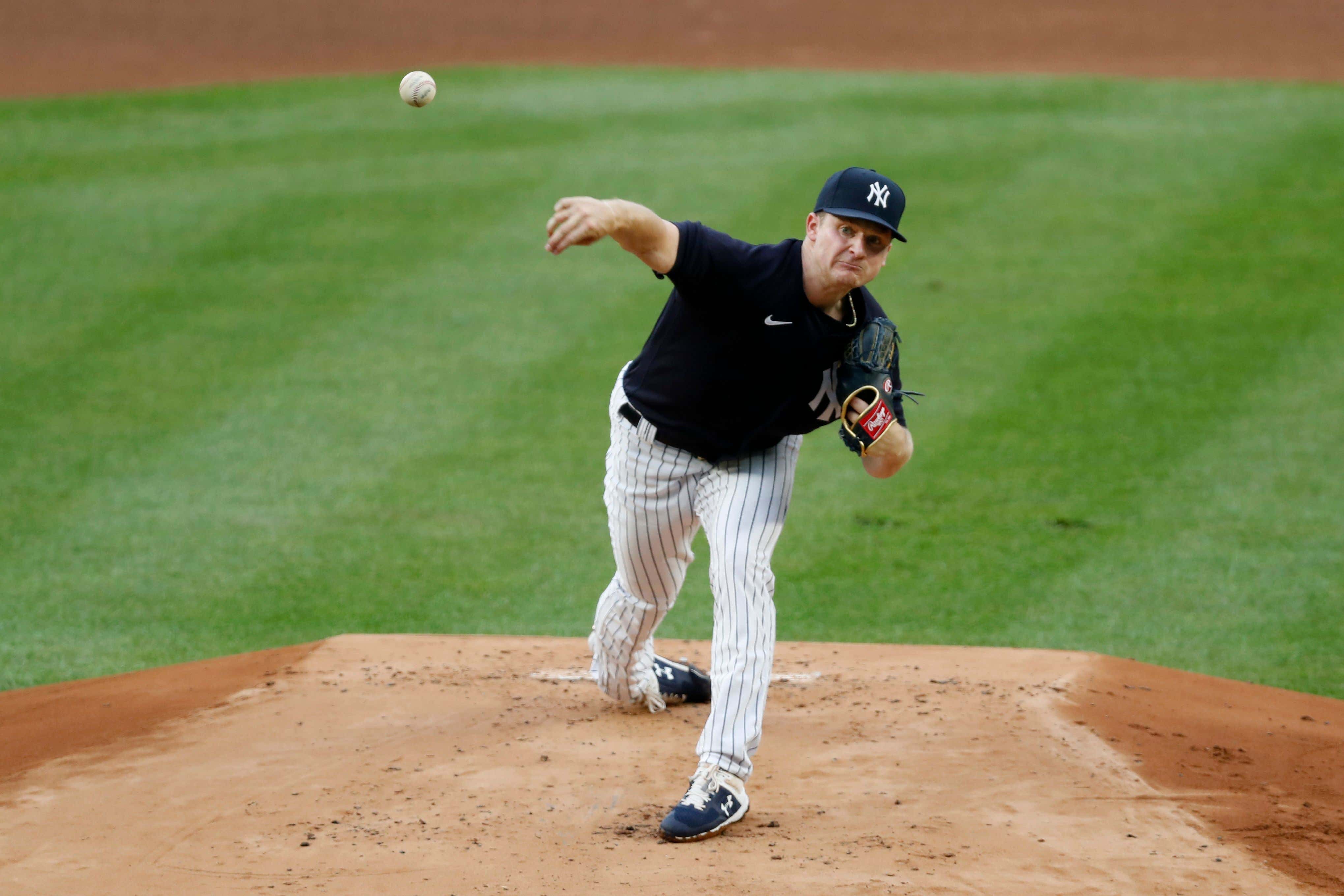 (I don't care that this was spring training 2.0. I got to blog about baseball that happened in real time tonight. If anything this was therapeutic. Thank you, carry on.)

The Yankees did a great tonight by holding an intrasqaud game at Yankee Stadium and televising it on the YES Network for all to see. For a few hours baseball was back and I was alive. Clarke Schmidt got the ball against a lineup comprised of every Yankee starter except DJ LeMahieu. I was actually a little worried for the kid since this was his first appearance ever in Yankee Stadium. A fan-less crowd, with every coach watching intently, and a plethora of all-stars ready to mash. He easily could have been rattled and shit the bed. Instead he looked like Roger Clemens, impressing everyone. Baseball twitter was all Clarke Schmidt for the two innings he threw tonight.

Now to Clarke's advantage a lot of these guys' swings are off given the quarantine layoff. Still, when you're facing Hicks, Judge, Gleyber, Stanton, Voit, Gary, etc. that's no small task. The movement on his breaking ball was must watch. Clarke is trying to gain all the eyeballs as humanly possible and make the Yankees Opening Day 30 man roster. Judging by this outing he's well on his way.

I mean look at the movement on these pitches! His 2nd inning was so dominant that Boone had him stay out there for a 4th out where he proceeded to strike out Gio Urshela. It was as dominant a performance as you could have expected. I want to buy all the stock I can in this man.

I need a shower after rewatching that. I know this is an intrasquad game but spare me your complaints. I got to watch live sports today with my favorite team playing. How many of you guys can say that over the last few months? Unless you're a Yankees fan, zero of you can do that. This was awesome.

Here's his quote afterwards about discovering the A+ lineup he was facing. Dude just took it on as a challenge with no fear and mowed everyone down.

Get this man on the roster and never look back. Dude is a monster in the making.

Gerrit Cole tomorrow as we do the same thing. 17 days.