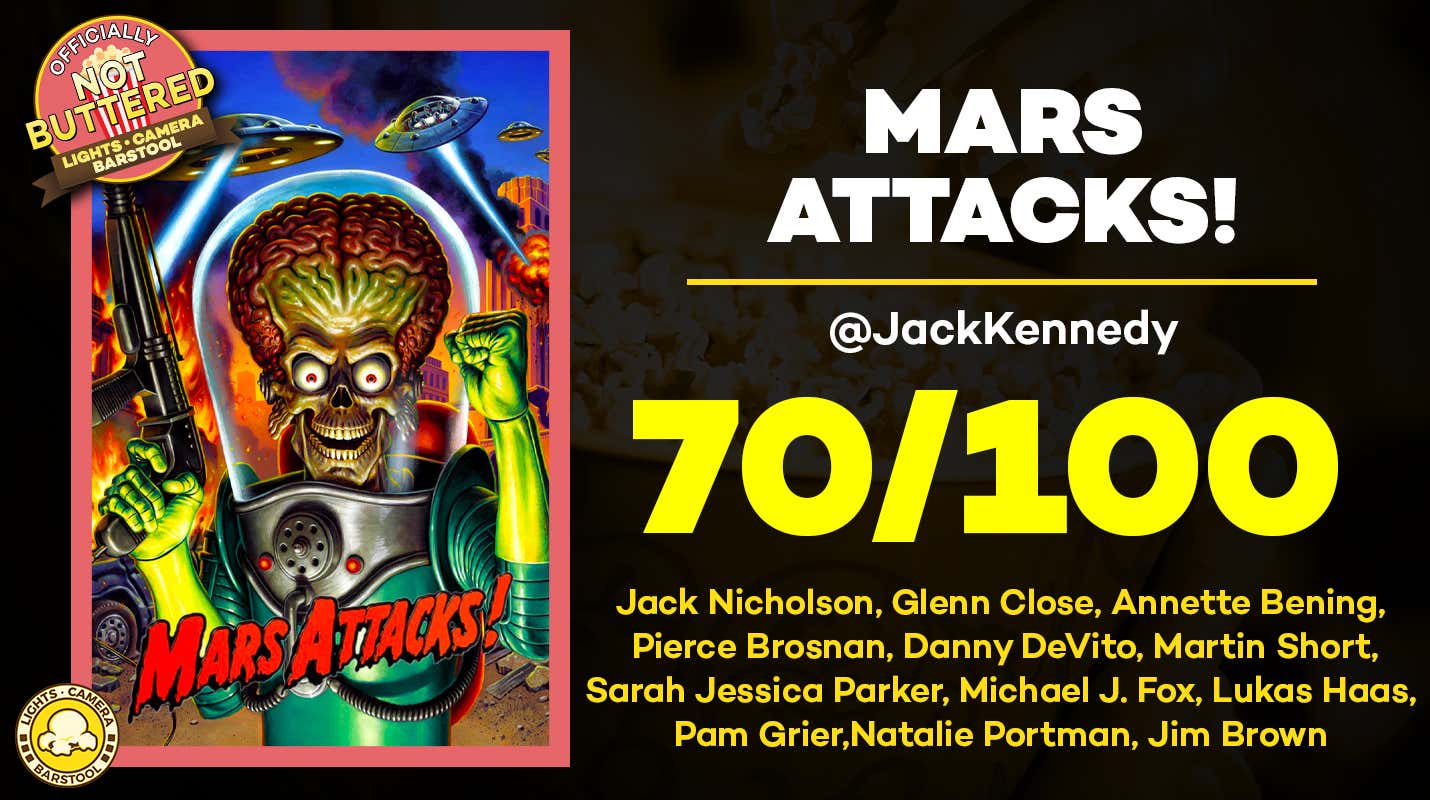 I still like this movie for a few reasons. The hyperbolic parody of those old cheesy alien movies landed for me now just like it did when I first watched it as a tween. I could count the number of those old-ass movies I’ve seen one one hand (most of them I only saw because of MST3k) but I think Burton captured that vibe very well. I also enjoyed the ensemble cast and think they all played their respective parts more or less perfectly. Where I think it messes up a little bit is that it didn’t feel like there ton of punchlines really. It was like they set the expectation of humor in the first act but then it pivot into trying to tell a legitimate sci fi story.

Like I mentioned, I watched this for the first time at some point when I was a tween and it HORRIFIED me. There is three movies I can think of that profoundly affected my childhood day to day life and it’s Blair witch because I had a woods, jeepers creepers because that monster scared the fuck out of me, and this movie because of the effects and the aliens/voices. That fear still holds true because it gave me like, muscle memory hearing the ack ack when I was watching it. So basically, I think this movie is solid and does a good job parodying the genre but it’s not quite as good as I remembered.

But who cares what I think anyway. Make your opinion heard below!