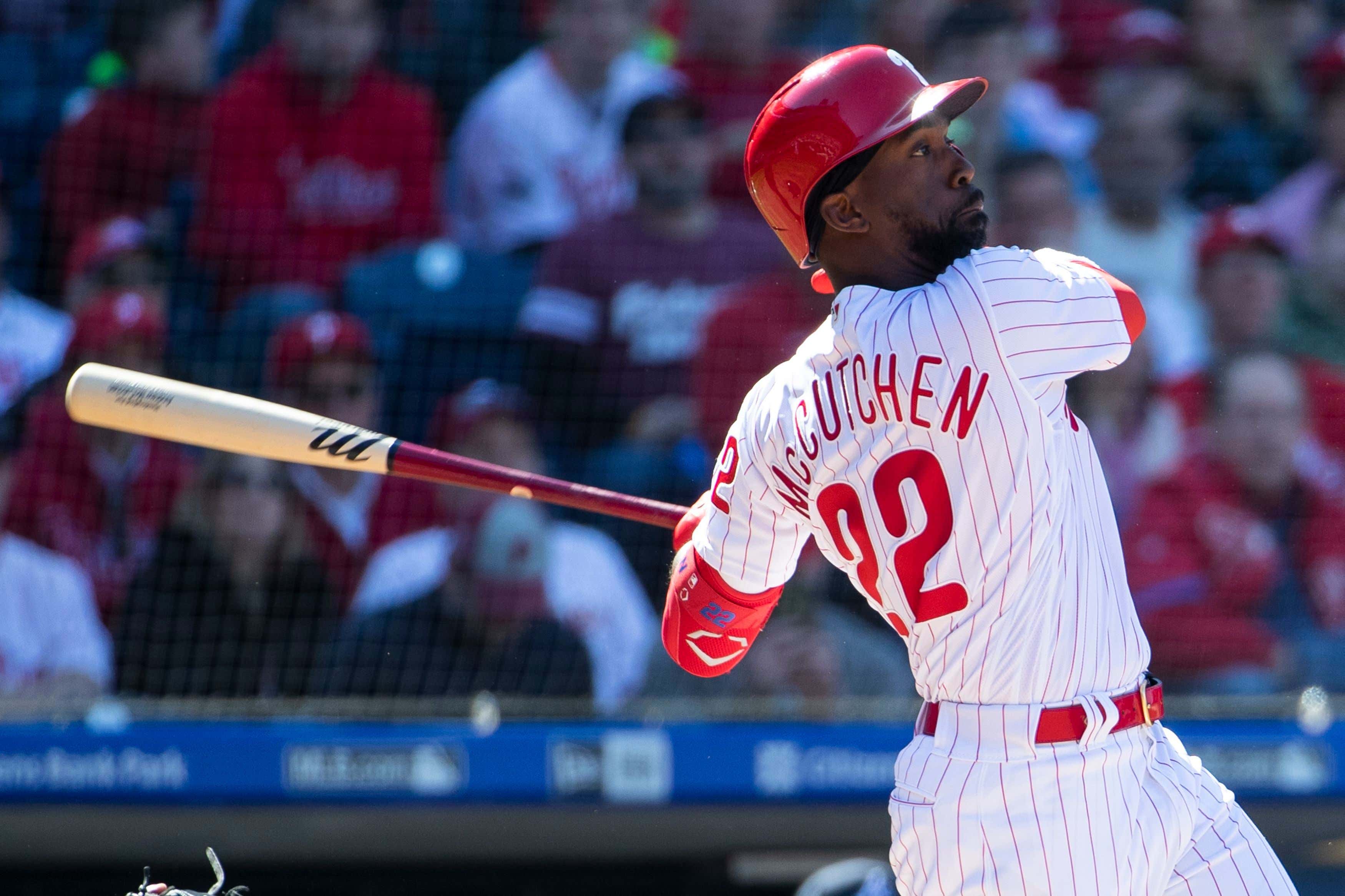 Andrew McCutchen thinks the Yankees should cut their hair policy.

“I definitely do think it takes away from our individualism as players and as people,” McCutchen told Jensen Karp on “The Sports Bubble” podcast. “We express ourselves in different ways. I feel like maybe there should be some change there in the future — who knows when — but it’s just one of the many things in this game that I feel that there just needs ... it needs to be talked about, and to be addressed."

"Because that was who I was,” he said. “That was how I expressed myself. That’s who made me Andrew McCutchen. That’s how people noticed who I was, it made me unique. I think, especially in this year, the year of 2020, I just feel like these things are, or should be, things that people should take at heart and realize that we have a way of expressing ourselves in different ways.”

Andrew McCutchen has to be one of the more well-liked players in all of Major League Baseball. When he speaks you should listen. The other day Cutch went on a podcast and was asked his thoughts on the Yankees hair policy, and if it needs changing. He like pretty much every player in baseball said you should be able to do what you want. He feels it takes away a player's individualism and their way of expressing themselves on the field. Honestly, yeah that's kind of the point. More so the individualism part than the expressing themselves on the field. George always wanted the team before the player. That's really all there was to it.

When George Steinbrenner started this policy back in 1973 the idea behind it was putting the team before the player. He didn't like looking at the players during the Star Spangled Banner and not being able to identify their numbers on the jerseys. It had no racial undertones whatsoever. It just became the "Yankee look" and how if you played for the greatest organization in sports you had to adopt this corporate attitude. George was a member of the Air Force so this was a driving force behind the idea since they have similar policies.

I guarantee if you ask anyone on the current Yankees team they'd tell you the facial hair policy is dumb and has overstayed its welcome. There's a little part of me that likes the policy because it's Yankees tradition and there's always a little bit of George with the current team, but at the same time it's silly, let's be real. It's 2020 and baseball players can't grow facial hair or have long hair? Come on. If you follow the Yankees in the offseason almost every single one of them grow out a beard. In his final year with the Yankees CC Sabathia basically had a beard for the whole season and didn't give a fuck. The rules are definitely less serious than they were when George was running the ship, but I could definitely see in a few years the policy being completely abolished all together.

Now I'm sure there are Yankees hardos out there who will disagree and say this is the "Yankee way," but why should a player in sports be denied the ability to express themselves if that's the way they wanna? I feel like if a certain hairstyle or facial hair makes a player feel comfortable then you should let them do that. Cutch's dreads had magical powers as far as I'm concerned. He was practically the face of baseball for a few years in Pittsburgh. Those dreads made him unique and awesome. Take them away and he's an average ball player. If you really have a problem with the Yankees growing their hair out then get a grip. Now if they come after the Yankees for not putting names on the back of their jerseys then I'll take a stand. That's Yankee tradition and it should never change, but this one should be.

At the end of the day I kinda just want Tommy Kahnle to bring back the caveman look from his Rockies days. How incredible did he look back in the day, oh man.

In closing, if you think Cutch's comments above show any ill will towards the Yankees you're mistaken. He loved it here.

Of course, McCutchen’s stay with the Yankees wasn’t all bad. In fact, he called the organization “great.” He said he felt a little more “powerful” wearing the pinstripes.

“It was for me it was an honor,” he said. “It was something that I felt I would never have the opportunity to do.”

He just wanted to rock his dreads. I see zero problem with that and hopefully in a few years doing what you want with your hair will be the norm in the Bronx.