I'm with Pat. Cam Newton's latest video, where he's talking about how sick he is of being humble and comparing himself to a lion whose roar makes every other animal in the jungle go quiet has me ready to leave a Jerry-shaped cartoon hole in a wall.

And it's still just the second most impressive thing Newton did over the holiday. Because I defy anyone to find me another quarterback in the league who can pull this off. 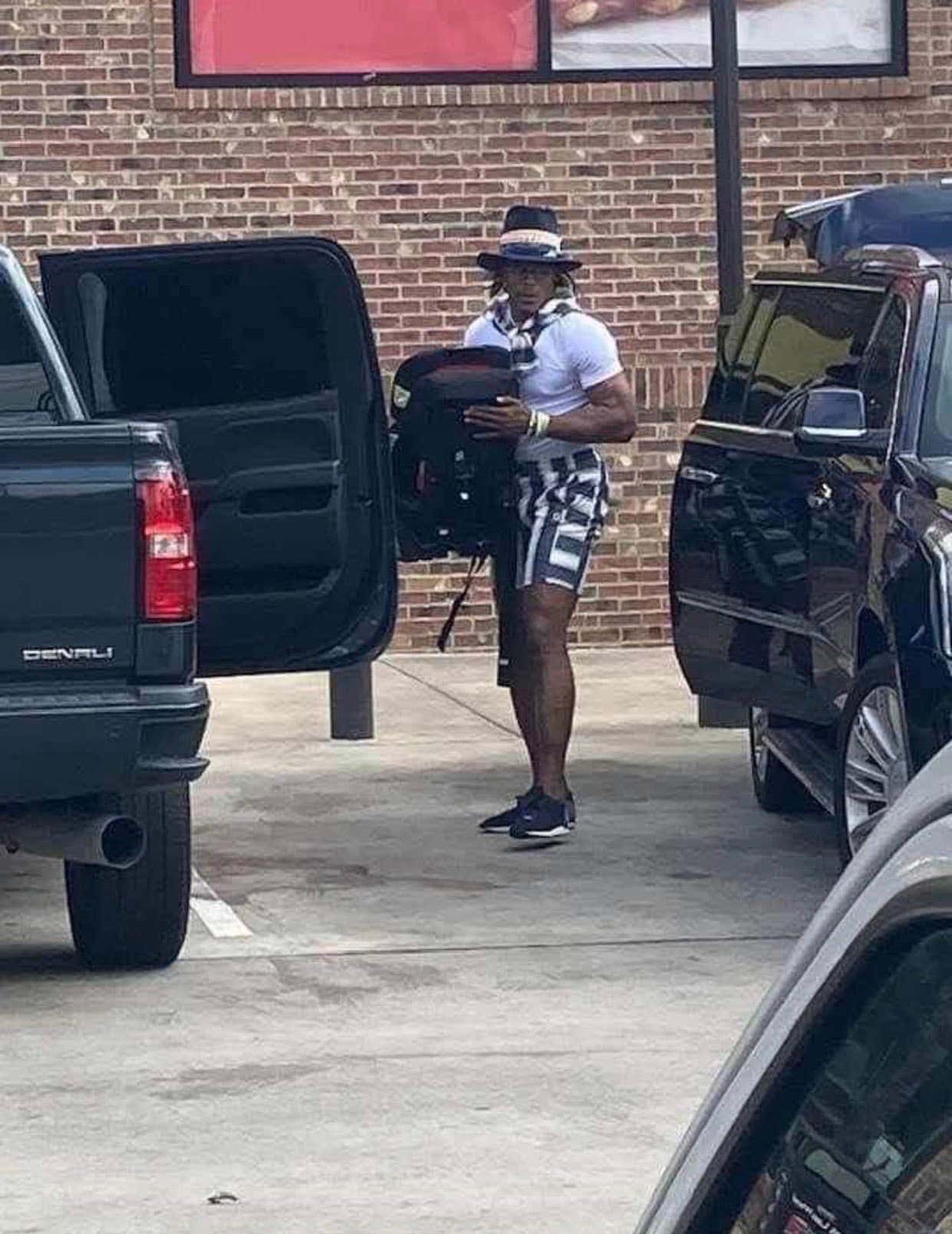 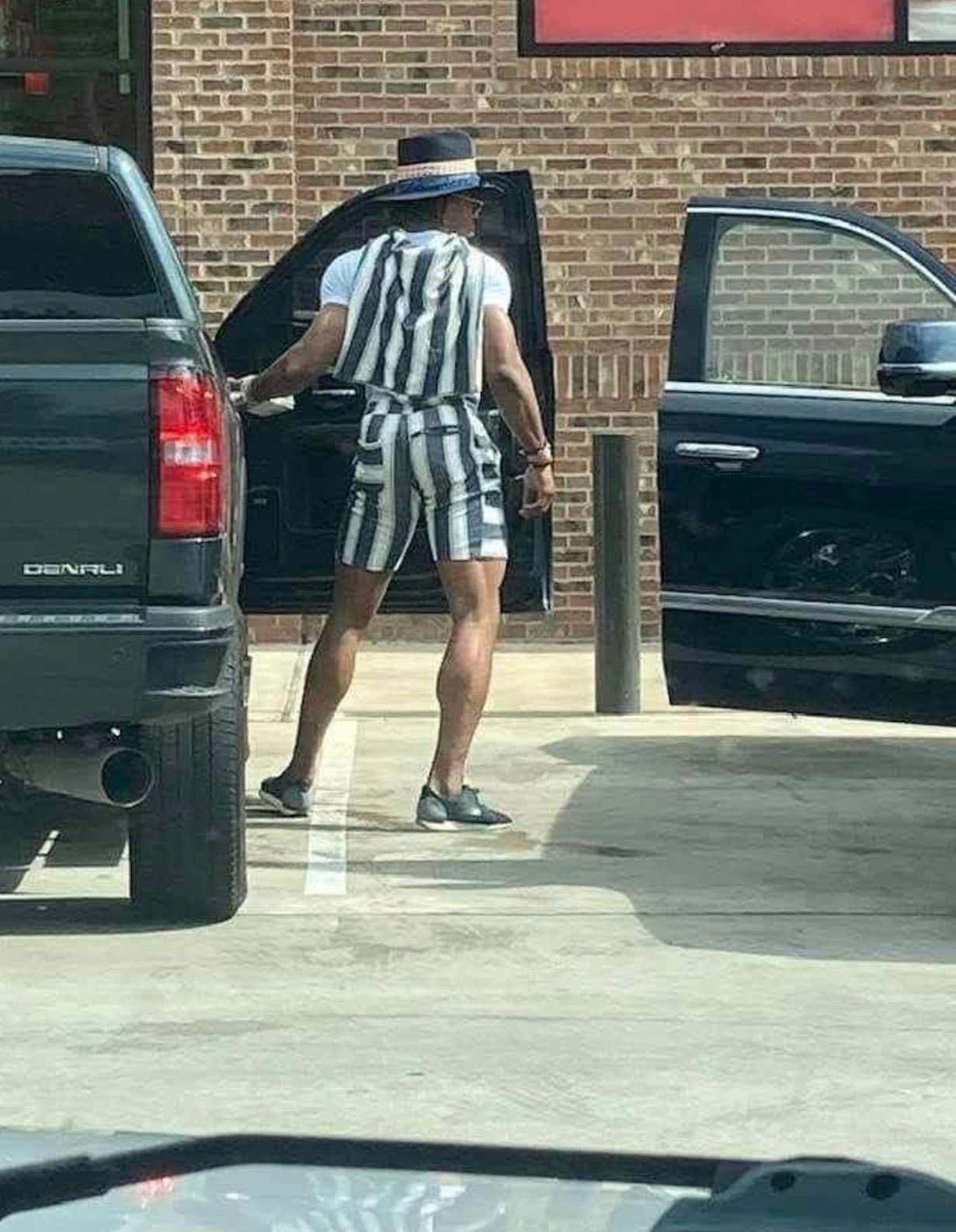 I mean, how to you describe this kind of sartorial splendor? It's like a vaguely Hamburglar inspired ensemble thanks to the hat but with vertical striped instead so it's more of a Beetlejuice look but with the top tied around his shoulders like a Cape Cod swell. And the most jaw-dropping part is that vertical stripes tend to be slimming, and even still you get the sense of how jacked he is. Arms like legs. Legs like the trunks of mighty oaks. Like he was chiseled out of a solid block of granite and testosterone, with the body fat index of a Victoria's Secret model.

And this is just him showing up for his physical and to sign his contract. I can't imagine how electric his press conferences are going to be. As someone who's spent the better part of 20 years obsessing over a genetically perfect ubermensch with a superhuman fashion sense, I'm starting to get the feeling Newton is going to be the perfect replacement for the irreplaceable quarterback. I don't want to ever wish a summer away, but camp cannot start soon enough.