What percentage of people would you say saw that title and have no idea know who Tom Chambers is? 65%? 75%? Well that's the beauty of this wake up. If you in fact have no idea who Tom Chambers is well that I would imagine that video is a little shocking to you. To see this white dude throw it down with such force at a time when nobody really did that shit. Tom Chambers was pretty fucking good, a 4 time All Star with the Suns but he was also awesome in the early 80s with the Sonics 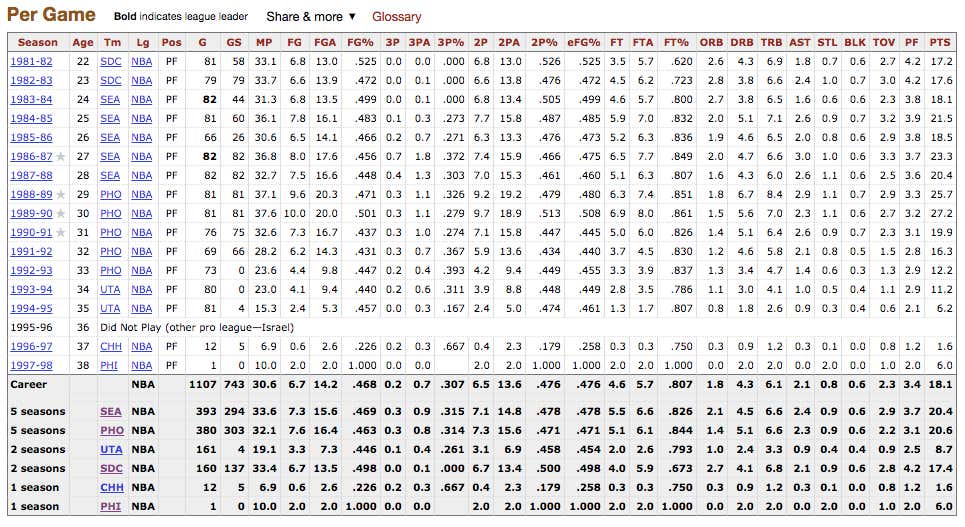 He's also the owner of one of the leagues more iconic posters with what he did to Mark Jackson. He was also on that Charles Barkley/Dan Majerle Suns team that lost to Jordan's Bulls in the Finals and was pretty nice as their 6th man.

But for my money he's one of the more underrated dunkers in NBA history, and if you had no idea before today well now you know.