Let me catch you up to speed real quick on the backstory here.

So, I'm minding my own business, trying to enjoy my Fourth of July in New Hampshire and this dude tweets out a picture of Pablo Sandoval looking like a trash bag filled with six hundred pounds of mayonnaise. Being that I hate Pablo Sandoval and have hated him for half a decade now, I naturally got tagged a bunch of times in said tweet. And let me tell you something -- it set me off. I lost control. I wanted to ignore it, but I couldn't. I just simply could not believe that this fucking asshole showed up to spring training AGAIN so incredibly overweight, pissing away an opportunity to be a contributing player at the major league level, especially in the only market where fans think he's good at baseball.

And before you go off about his playing weight, I know that he's performed well while being fat before. But it's not 2011 anymore. He's 34 years old next month, which is 55 in fatty years. He's already been released and the only reason why the Giants keep giving him opportunities is because he's a nostalgia act for a team that finished 29 games out of first place last year. 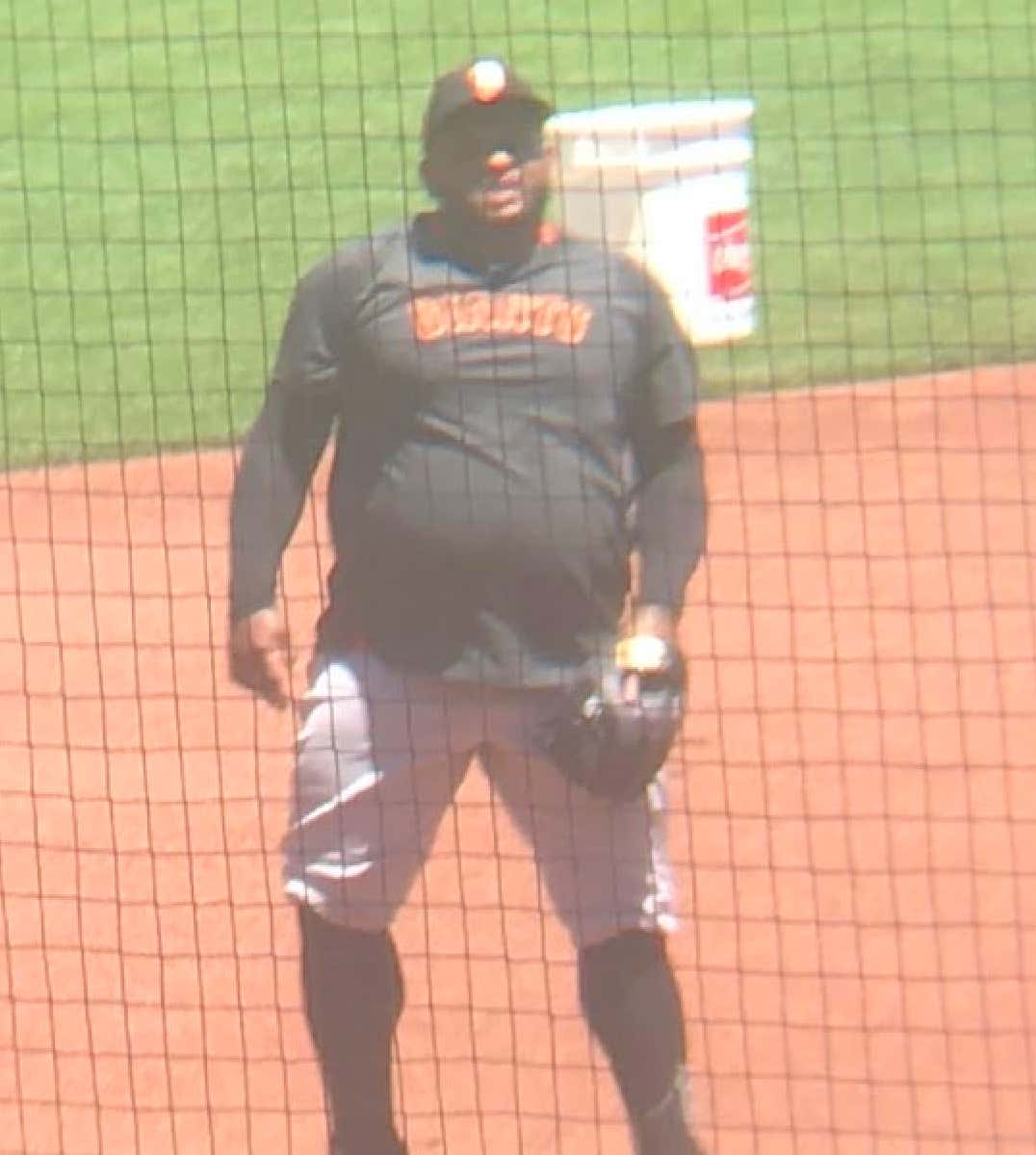 Are you kidding me, dude? You could've taken a video if you wanted to talk about his "throws having good carry." You tweeted that picture because it was jaw-dropping how fat he got AGAIN and you knew that the internet would explode with their reaction to the image. Do not tell me that you looked at that picture and had no idea that Twitter would react the way that Twitter very much predictably reacted. And no one was going to eat that picture up more than me. I mean, this was probably my most viral tweet at the time back in 2016.

So, I did what I do. I blogged about Pablo Sandoval showing up to camp once again looking like a morbidly obese person.

Was it harsh? Yeah. Was it mean? Little bit. Do I feel bad? Not really. It would be different if he were the lovable panda that he pretends to be in San Francisco, but the fact is that he's not. This is all coming from dudes who have played with him throughout his career, who should know the true Pablo better than anyone, no? I don't think I'd be all over somebody who was universally loved for the person that they are. That doesn't seem to be the sentiment with Pablo, so no I don't care about being mean to a dude that A) is a grown man, professional athlete getting paid $95 million, and B) is, from some first-hand accounts, an asshole.

Like I said in the video above -- he shit on the Giants when he left for Boston, then when Boston released his ass for sucking so bad, he came crawling back with his tail between his legs because they were the only team that wanted him. He had the worst statistical season of his career in his first year with the Red Sox, showed up to camp the next year wildly overweight and then told the fans and media that he had "nothing to prove" to them. Then his fucking belt exploded in the batter's box three games into the season and he missed the entire year.

So yeah, I don't have a soft spot for the guy. Can't say anyone over here does. Pretty understandable.

I thought the blog was just a shoot from the hip, one day news cycle and gone-type deal but I was mistaken. Get a load of this fuckin' guy! A thread! A whole entire thread about how people shouldn't have talked about Pablo being fat in the photo that he chose to tweet of Pablo being fat.

Hooooooly shit, dude. Shuuuut uuuuuuup. You and I both know that I did not read that whole thing. Like, maybe two of those tweets, three of them max. I saw all that I needed to see at the top of that rambling snoozefest and just started firing off Twitter nukes.

Guy hits me with this:

And then like clockwork…old tweets. They do these high and mighty folks in every single time. Kill shot. Night night, bitch.