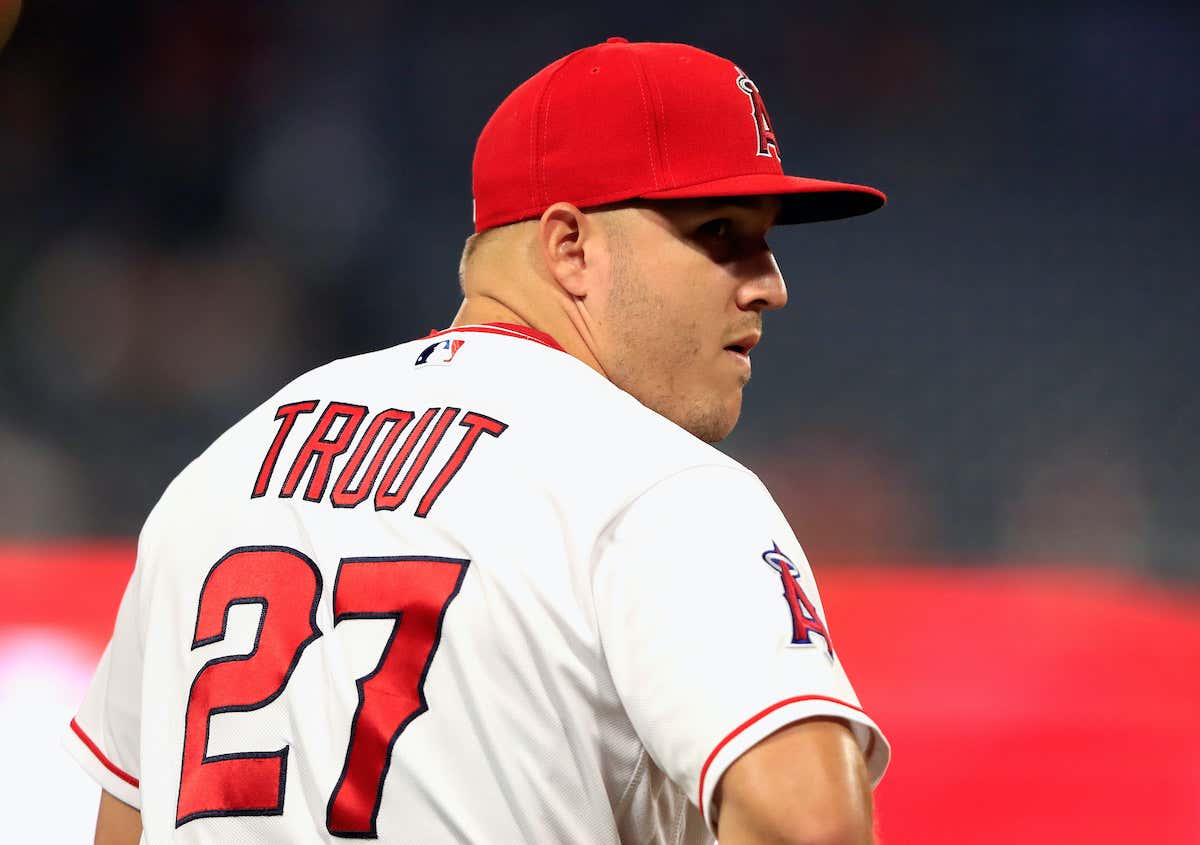 What a shitty situation to be put in if you're somebody like Mike Trout.

Everybody's situation is different. You've got single guys, guys who are married, guys who live with their girlfriends, guys who have kids, guys whose wives are pregnant, guys with newborns, guys who might live with an older relative. And then you have Mike Trout's situation, which is unique to arguably just him. First and foremost, his wife is pregnant. Right away, that becomes factor number one to consider. The last thing Trout wants to do is contract the virus and then bring that home to his wife whose carrying his child. Just can't happen.

Then, you have the whole being the best baseball player in the world thing. I can't speak for Trout, but I think that most people in his position would feel a certain obligation to get out there and play. At least to start. Aside from having a pregnant wife, you're also now deciding whether or not you want to opt out of one of your prime seasons when becoming the best player to ever live is still on the table. Your team also agreed to pay you $36 million in 2020 before all of this happened. That's a significant investment in one single player, and you're worth every penny. There has to be a certain pressure to play when you know how much your team values you being out there.

So, you've got a pregnant wife, you're the best player in the league, the face of your franchise, entering a prime season in what could be the career that's viewed as the greatest ever, and a significant financial investment has been made to you by your team's owners that came with huge expectations for you to be out there playing. What do you do?

Let me make one thing clear -- I'm not advocating for Trout to play baseball this season. I'm just illustrating the thoughts that would be going through my mind if I were in his position. I think he's following the blueprint that I would've laid out for myself if I were him. You have to try. You have to at least show up to camp, and hopefully start the season. But if you start to look around and players are testing positive left and right, get the fuck out of there. Don't wait for your test to come back positive.

I don't think anybody in their right mind would blame him for opting out during the season if things got bad, regardless of what the Angels' record was or what his statistics looked like. He reported to camp, tried to start the season, wanted to be out there for the fans and his teammates, but if it became too dangerous for his wife and child at home, nobody could fault him for doing what's best for him and his family.

I hope it doesn't come down to that. I think all of us are on the same page here that we hope that MLB's season runs smoothly, but I just don't know how realistic that is, unfortunately.