And here we go. I'm actually shocked that over the last 5 years (since the change the name debate has gone mainstream) no major advertiser has requested a name change. FedEx obviously has the naming rights to the stadium, among other stakes in the team, including its CEO being a minority owner.

The question now goes- how much does it matter? How much does Dan Snyder care about advertisers? How much money is he willing to lose? Will he re-name the stadium "Suck My Dick I'm Dan Snyder Stadium" if FedEx pulls out? He's historically that arrogant, that egotistical, nothing would shock me.

And then JP brought up a bigger point:

See, this is when it gets interesting to me- can Nike be like "we won't print the name Redskins any longer"? Can they say that? Can they do that? Because once they drop the hammer, it's over. You need shirts. You need jerseys. You need equipment. The Redskins can't survive without Nike making their jerseys. I doubt Nike can break a contract with the NFL like that, but who knows. Who actually knows what corporations like Nike are capable of.

Is this smoke, or is this fire? Will this be the beginning of the end for the Redskins name? I've long been on record in favor of a name change. Ever since I did Alternative Spring Break at the Pine Ridge Indian Reservation in South Dakota building houses for Native Americans, I've found it odd we use their heritage, their people, as our logo and mascot. It just seems so off to use a skin color as a mascot. And then you have white people dressing up and painting their face red, it's just racist. It is literally racist to do that. 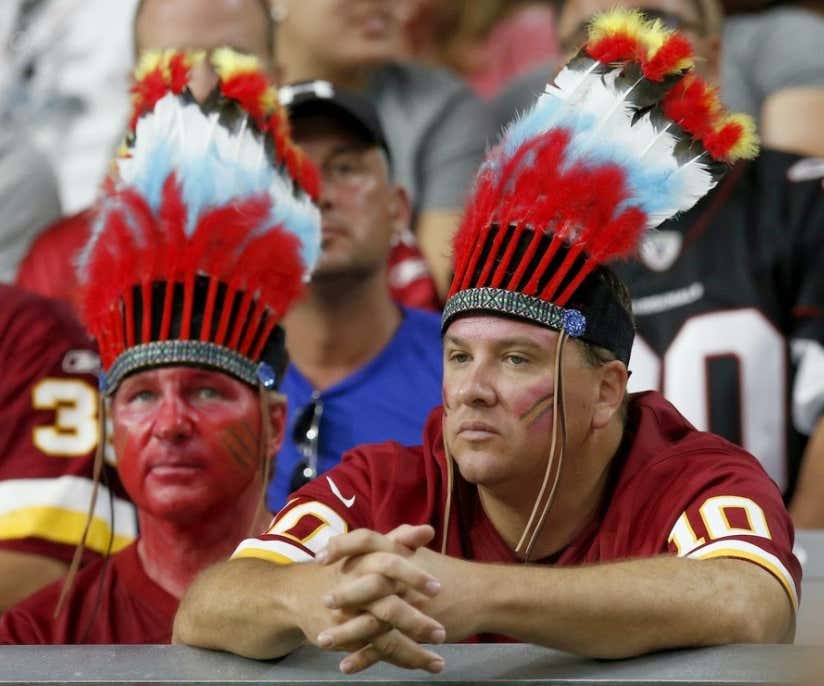 It's just how de-sensitized we are from the Native American people that people don't even realize what they are doing when they paint their face red and wear feathers.

Anyway, we shall see what happens. See if Snyder thinks it's time for change.