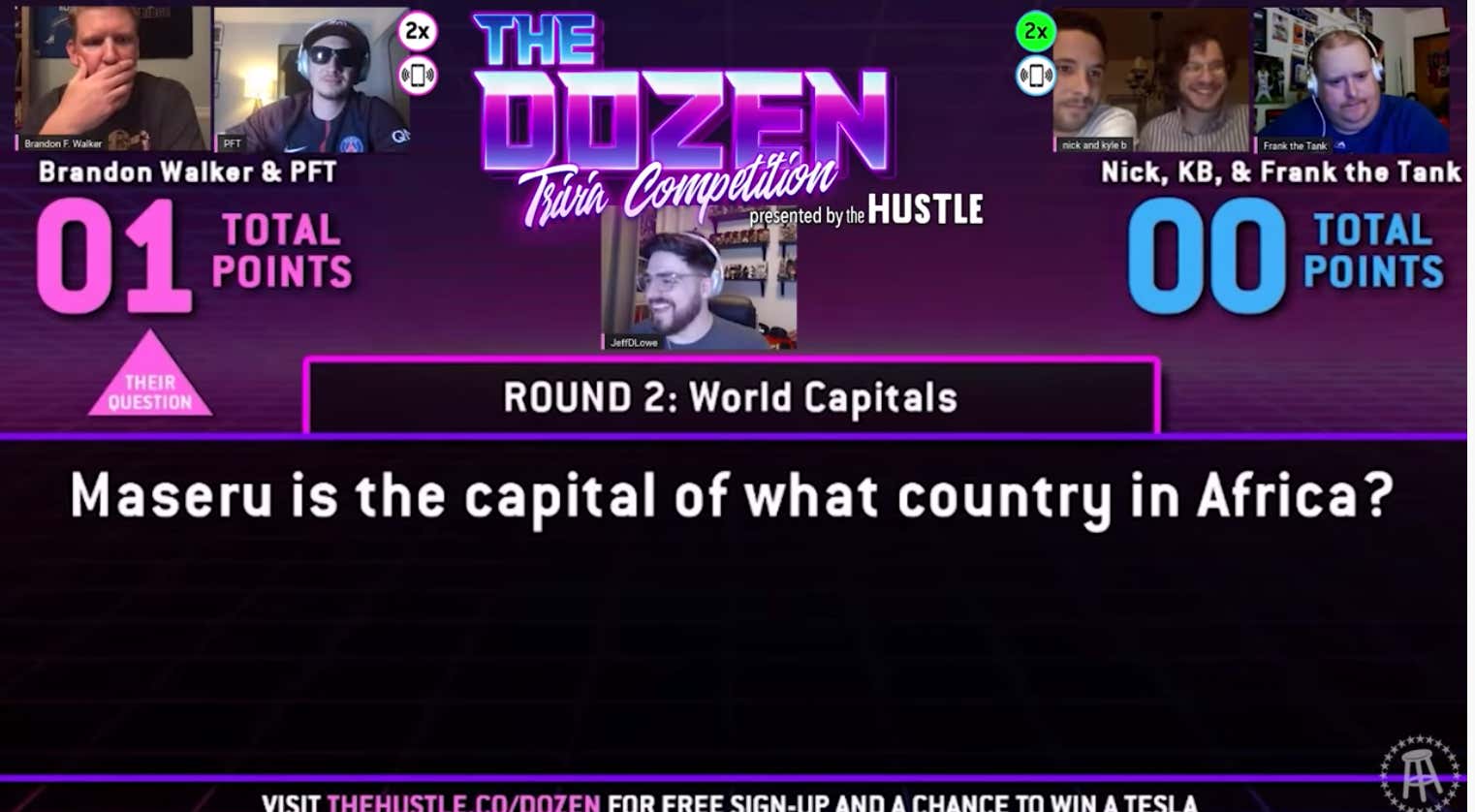 As most of you already don't care, I regretfully claimed on last week's trivia live stream that I know every single world capital. Frank instantly rolled his eyes. Brandon gasped. PFT scoffed. Nick moaned. Jeff jeffed. And then I proceeded to knock Lesotho and Malta out of the park to secure a trio of points for my team. While a decent portion of the audience was effectively impressed and others merely brushed it off as cheating, many people weren't completely swayed by two lucky guesses and challenged me to prove that I actually know every single country's capital. And I'm no bitch.

Also, disclaimer: This video isn't entertaining nor is it a "bit" of any sort. I'm simply being a man of my word and putting my money where my mouth is. I promise I won't post anything like this again, but the competitor in me felt the need to at least attempt to tuck the naysayers snugly into bed. Also also, I challenge everyone and anyone to try to beat my score.