The Barstool Sportsbook Has Arrived In MichiganLearn More
Giphy Images.

Eddie blogged about the modern marvel that is MTV scheduling nonstop bukakke of Ridiculousness last month and mentioned on an episode of No Quitters this season (listen/subscribe/rate 5 stars) that someone with knowledge of how MTV works said the reason there may be so many Ridiculousness repeats is that the rights to some of the older shows we know and love may be through the roof compared to the rights of watching Rob Dyrdek break down old videos as Chanel West Coast's laugh pierces through our souls at home.

But I wanted to bring it back up again because this weekend's slate took my breath away. That Program Director just ensured everyone at MTV will have as peaceful a 4th of July Weekend as possible since they literally can just hit Play on the Ridiculousness series, go to the beach and worry about getting sunburns instead of emails regarding what is on TV. It's essentially the camera trick that Keanu Reeves played on Dennis Hopper in Speed.

The only thing I can't figure out is why the Fresh Out playlist is wedged in at that 8-9 slot on Saturday. I'd say it would be a bit crazy to put a show on nonstop for three full days in a row. But even one full day in a row seems excessive considering A Christmas Story hijacking TBS on CHRISTMAS is too much. Maybe there are some #bangerz coming out that whose music videos need to be shown. I wouldn't know because I'm an Old who can't name one song made in 2020. Or maybe MTV just wanted to Mailtime the fuck outta the holiday weekend and someone said they could make it look like they were doing work by swapping in a show that most certainly is not filled with ridiculousness on their way to a 4th of July party, which I am fine with too.

Nonetheless, I have already set up the DVR for Saturday and will give a full review of the Fresh Out Playlist since I'll likely have been up for 3 hours by then. 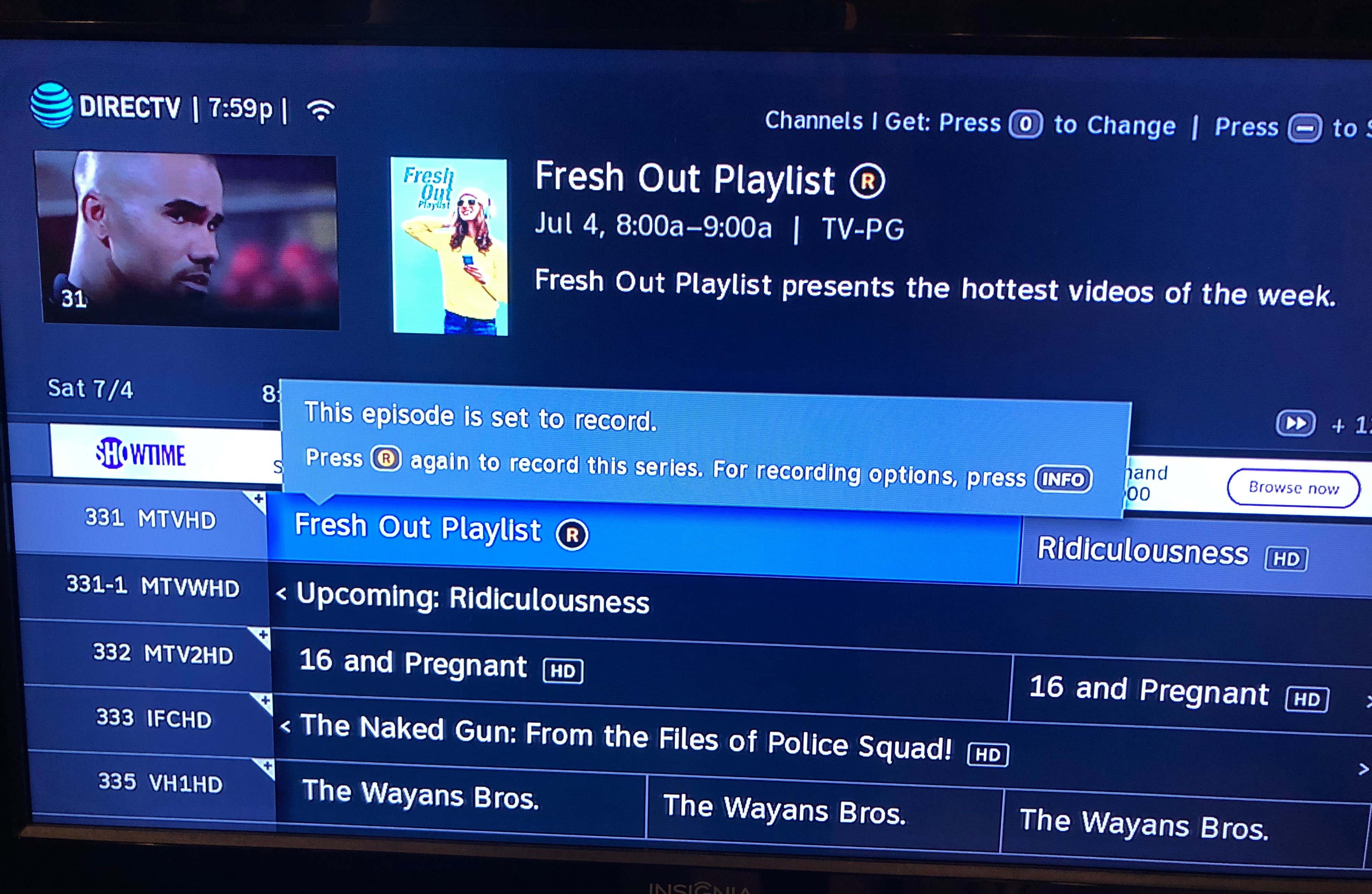 P.S. I can't be the only person that thinks of The Life Of Pablo when I see the barrage of Ridiculousness, right?