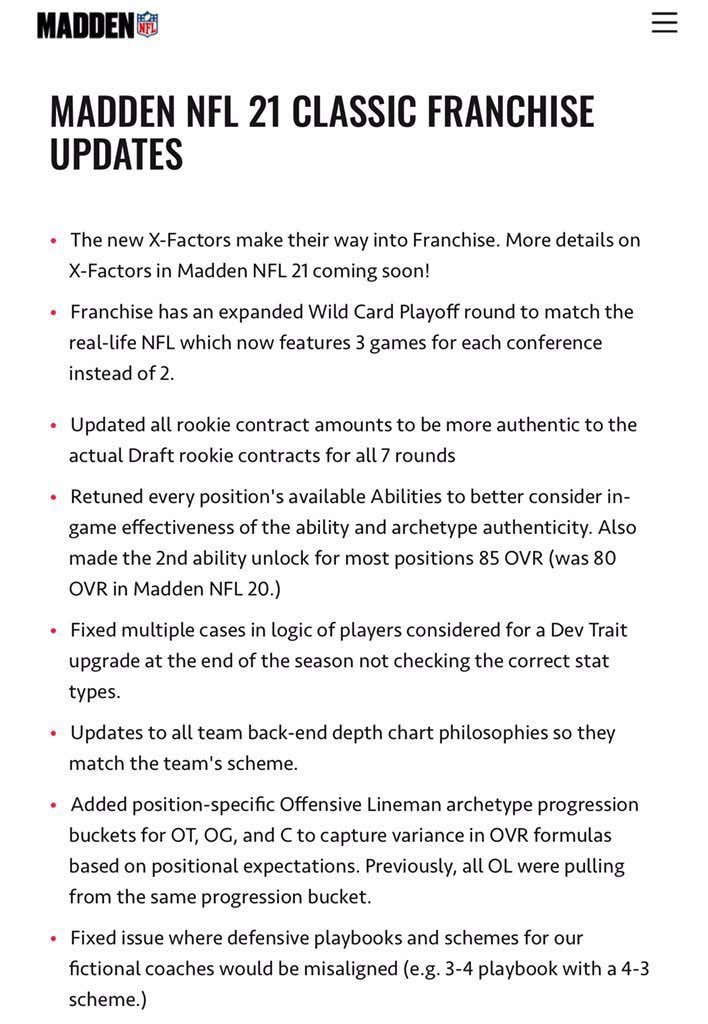 So much for EA grabbing the NFL license by the balls for five more years and putting all the Madden franchise mode players on its back Greg Jennings style as it races to recapture the glory that all had us fall in love with the game years ago.

Complaining about Madden being a roster update year after year is about as original as the game has been during all those years. They may not be 100% warranted since EA has added and improved on a bunch of modes, with Face Of The Franchise getting a whole bunch of love this year.

However, Franchise Mode seemed to get about as much attention as the Kickers Cheat Sheet does on any fantasy site considering simply using the playoff format that the NFL will use is its SECOND bulleted feature between new X-Factors nobody will care about and rookie contracts being lined up with real life that will thrill the nerdiest Madden players in the world. Kerryon Johnson gets it.

I feel like admitting that I play Franchise Mode exposes me as an Old since so many younger people prefer to play online and/or Madden Ultimate Team. However, I rarely can commit to playing an entire online game with some sort of issue popping up in my house with two young children and I find MUT as engaging and worthy of my time/money as opening a real pack of cards (I'm not hating either since I used to love cards growing up but when I open a pack in a very rare moment of weakness while waiting to check out at Target, I just throw out any card that isn't a stud, a rookie, or an insert).

But Franchise Mode has been my shit since Robbie Fox was a baby. Being able to compete with your favorite teams months after they got eliminated from the playoffs, fall in love with fictional players you drafted with comical combined names of real life players like Juju Mahomes, and keep your franchise rolling for years through good breaks and bad is what Madden was all about. I still bust my college roommates' balls about losing a Super Bowl to Curtis Martin on an 80-yard dump off with no time left or how Steve Jackson used to run wild with the name Horse Moo since the kid that drafted him said that's what a queef sounds like.

That being said, I have to applaud not only EA's refusal to update a mode of the game so many people love but also rename the mode altogether, which means we are probably one step away from sunsetting franchise mode, which would make this the longest out Golden Hours in history.

At least we can drink some delicious High Noons during all this! #Nooners

I personally can't complain too much however since I never got to enjoy last season's Franchise Mode because my team's young QB I wanted to build my franchise around was about as good at QB as Weird Haircut Seth despite leading 3000/24/12 in 12 starts with a dogshit O-Line and all his weapons never being healthy at the same time.

For the newer Stoolies that missed that whole saga:

As is the case with any blog where I bitch about Madden, here is a gif of John Madden smoking a butt to make us smile a bit before we inevitably buy the game because there's no Plan B outside of a boycott.