Buddy. First of all, those shorts have more pockets than you've had shifts the entire game. Second off, what a weak ass backhand. Who do you think you are--Crosby or something? Maybe try to mix in a few wrist curls the next time you're out mowing the lawn, eh? Absolute bend fest out there. I've seen more sauce on a white pizza.

And to make this clown show even worse, buddy over here doesn't even have the decency give this beaver the tilt he's looking for. The man might be a character but he sure as shit doesn't have any. Even if you're not going to go tarps off, the least you can do is drop your stick and gloves. Instead he's looking like he's trying to do his best Dr. Hook McCracken impression out there. 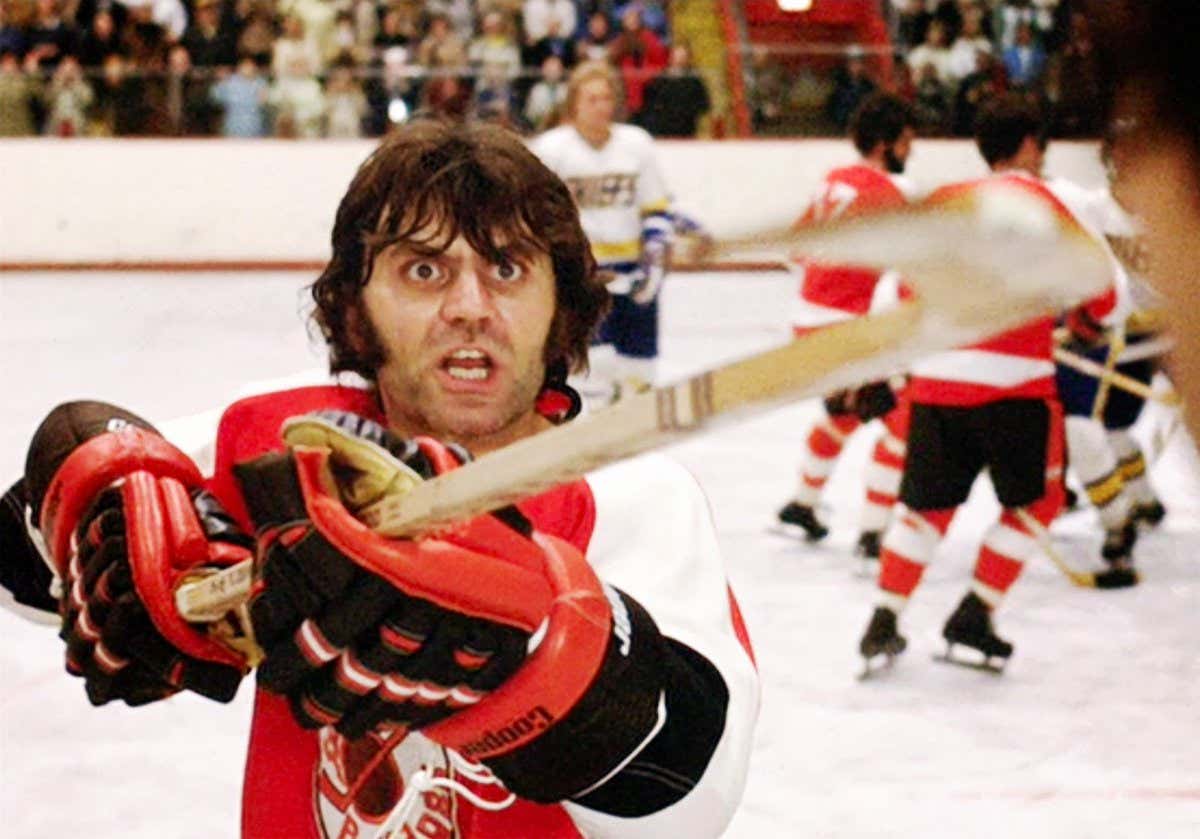 Just a piss poor display all around. I'll tell ya what, though. He's lucky he really Marchand'd his way out of that one because that beaver is an absolute unit. That beaver wakes up in the morning and eats weights for breakfast. Later on in the day, he's crushing some weights for lunch. Care to take a guess of what's on his dinner menu? That's right, weights again. Gainz Season is 365 days long for this beaver. If he would have gotten a hold of this geezer over here, you'd have to get the power company on the line because it would be lights out. Goodnight Jim Kyte.