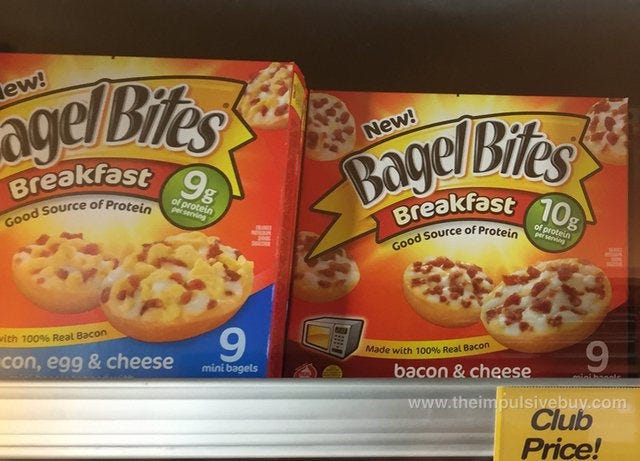 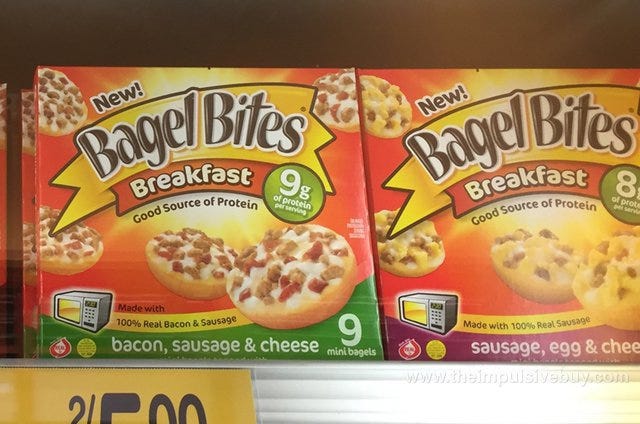 Stop the fight! Pizza Rolls has a family!

The war between Bagel Bites and Pizza Rolls has been raging on for quite a while now, but it’s been pretty lop-sided in favor of Team Bagel Bites. I’d say Bagel Bites are like the old SEC here. Just far too overpowering and dominant, and Pizza Rolls really don’t even deserve to be on the same playing field but they’re scrappy enough to stick around for this long. However, this right here is the nail in the coffin. RIP Pizza Rolls. Because Breakfast Bagel Bites just changed the game forever. Bagel Bites basically just whipped out their dick, thew it on the table, and said to Totino’s “what are you gonna do about it”. I would have already recommended eating Bagel Bites for breakfast lunch and dinner, but now with an actual breakfast variety, I strongly urge each and every one of you to do what’s best for yourself and join the Bagel Bites revolution.

Look at how much protein is packed into these puppies. And those numbers are just for 4 of them. If you eat a full box of each for breakfast, you’re looking at around 18-20 grams of protein for breakfast. Not only is this a delicious way to start your day, but it’s a delicious way to get jacked as fuck too. Forget scrambies, Breakfast Bagel Bites are the true way to get yourself from average to absolute savage.

See you all in the frozen foods section.