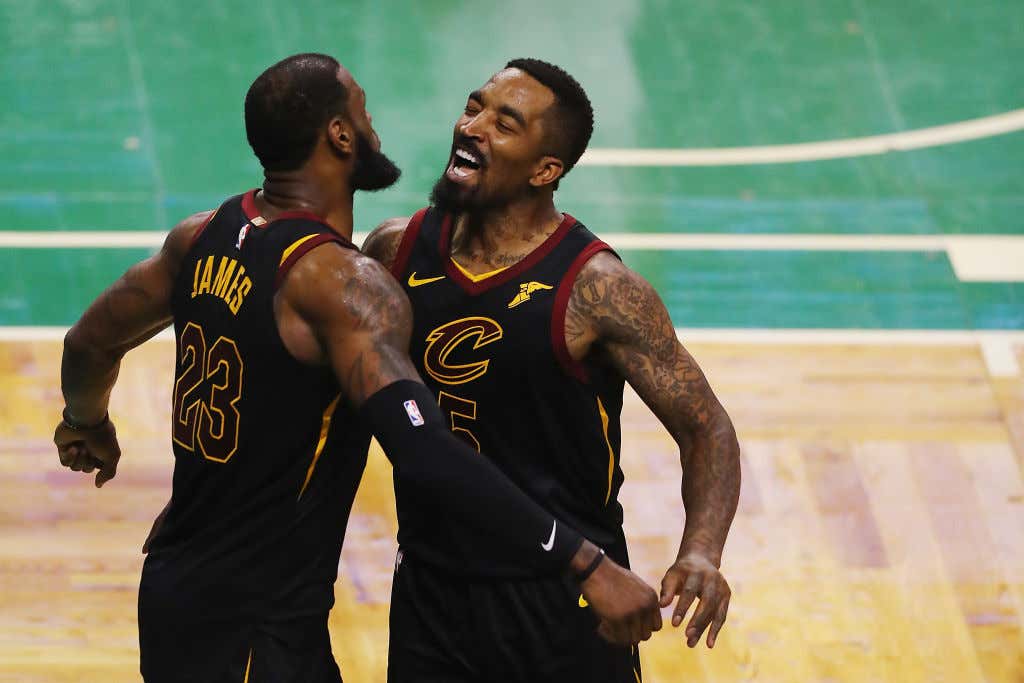 This wasn't exactly a surprise considering everyone already knew this was bound to happen the second Avery Bradley announced that he would be skipping Orlando. You then factor in JR's relationship with LeBron and it was essentially the lock of the century that he would he taking his talents to the bubble to rock the purple and gold.

Here's the thing though, it's been a total of 596 days since we've seen JR Smith play any sort of competitive NBA basketball. His last appearance came on November 11, 2018 when he played 5:52 against the Pistons. It's hard to know what he still has left in the tank but if you trust the workout videos we're seeing on our timelines it looks like he hasn't lost his shot. Since it's not really fair to evaluate him based on his 11 games last season, my guess is he can be somewhere in between his 40/37% with 1.8 3PM from 2017-18 and his 34/30% with 1.1% from last year.

I would imagine JR is going to be used to replace Avery's shooting while someone like Caruso is going to he responsible for picking up the defensive slack. For example, you look at the slate of potential guards the Lakers could face in the first round whether it's Dame/CJ, Jrue Holiday, De'Aaron Fox, Ja Morant etc, those are guys who do not want to rely on JR to stop. Defense isn't exactly his strong suit.

But I was curious as to how capable JR could be when it comes to filling Avery's offensive role and the results are pretty intriguing if you're a Lakers fan. Let's start with spot up shooting. As we know LeBron is the primary ball handler and a big part about playing with LeBron is being able to space the floor and knock down a catch & shoot three. This is how both JR (2-17-18) and Avery compare

That would make me happy as a Lakers fan. The last time we really saw JR play, he proved to be a better spot up shooter playing next to LeBron. That's certainly a positive.

Then let's move to the different shooting zones.

As you can see JR isn't quite the player Avery is when it comes to finishing at the rim and in the paint, but is a much better shooter from the corners. You combine that with Danny Green and that's pretty important when you think of how the Lakers play. Drive and kicks like you read about.

The thing with JR replacing Avery is he doesn't have to be all that crazy, he just has to match the reliability from deep he showed in 2017-18. From a usage perspective JR lived around a 13% usage rate. Avery comes in at 15.7% this year. That's not that big of a jump.

In theory, the combination of a potential 2017-18 JR Smith and a 2020 Alex Caruso can replicate what Avery Bradley gave this team. At the same time they are two gigantic question marks. Who knows how JR looks after pretty much 2 seasons away, and this will be Caruso's first postseason experience and he'll be going up against some monsters offensively at the guard position. But you can sort of see the Lakers thinking of why they made this move in addition to JR being a LeBron guy. The areas they used Avery this season were pretty successful with JR in Cleveland.

Either way it's going to be fascinating to watch. We're either going to see JR make a gigantic late game three or another epic brain fart to cost the Lakers a game. I really feel like there is no in between. But if they get this version of JR, it's a win