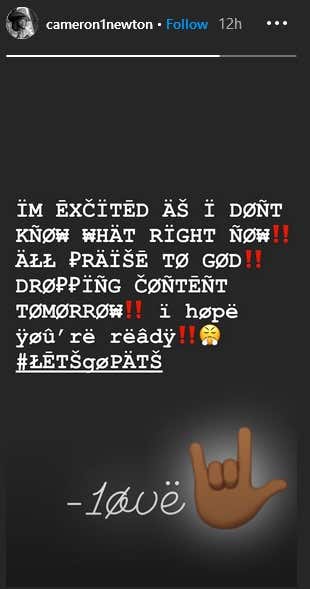 I've said it before and I'll say it now. The most surprising thing about Bill Belichick is that he still has the ability to surprise us.

At this point, after 20 years of so many plot twists and stunt casting and shocking endings they've become his director's trademark, you'd think we'd learn to see these things coming. In that way that has ruined M. Night Shamalayan's career because by the end of Act I you've already figured out where it's going and so his twist endings just get stupider by the film. But Belichick keeps pulling these surprises and we keep falling for it. And his keep getting better.

It's not like I didn't ever consider the possibility of signing Newton. It just seemed so far-fetched as to not be worth the calories you'd burn giving it serious thought. For one, they have the least amount of cap space in the league. Second, the more time that went by without adding another veteran quarterback, the more it seemed the team is looking forward to a Jarrett Stidham future. Third, he's never seemed like a system fit. And finally, the longer Newton remained unemployed, the worse it seemed his health must be. He had shoulder surgery in 2018 and last season ended early for him after Lisfranc surgery.

Taking that last one first:

I'm not about to diagnose a guy's health from a video clip and it's been so long I've forgotten what a workout looks like. But he seems healed to me. The shoulder surgery is ancient history, and no one was questioning Newton's arm strength before he hurt his foot last year. And the league is lousy with guys who've made full recoveries from Lisfranc. So those shouldn't be major concerns with a quarterback who just turned 31 last month.

As far as the other reasons I didn't see this coming, his contract is your classic Belichick deal. The chance to add talent and experience to his roster at basically zero cost. It's a one-year prove-it deal, where if Newton's going to make anything more than the veteran minimum, it's going to come from incentives, so the team wins either way. It's an "Antiques Roadshow" scenario, finding a 2015 MVP and former conference champion for five bucks at someone's garage sale. And it's not as if Newton is unemployed because he's not good enough like say, a Tim Tebow or too toxic, like an Antonio Brown. In fact, he's a universally respected veteran with three double digit win seasons on his resume, including a 15-1.

Devin McCourty put it best on the podcast he does with Jason. "When you add a guy like Cam Newton, it makes our quarterback room even better," he said. "We’ve already spoken about it before -- the poise, and the jump and the leap you expect for Stiddy to make. I think it will be interesting in training camp and competing and all of that -- that’s how we all get better. I would think adding him to the quarterback room with B. Hoyer, you have veterans in there, you have young guys in there, I think it will give us a really good chance to be good at that position.”

I've heard people talk about how this is a setback for Stidham. Not only because it'll take snaps away and slow his growth, but because it shows a lack of confidence, which is nonsense. If a guy who's never started an NFL game can't handle having to compete for his job, that is not a guy you want leading your team anyway. If he can't hack having Newton on the depth chart, how's he going to hold up under the pressure of a playoff game? This is the kind of thing Bill Parcells did all the time. Like making his undrafted rookie kicker in 1996 know that he could be replaced any time because Matt Bahr was just a phone call away. And since that rookie was Adam Vinatieri, I'd say the fear turned out to be a good motivator.

I haven't spent all offseason preparing myself mentally, emotionally and spiritually for Stidham as my savior in a post-Brady world to just hand the starter's job over to Newton now. In fact, I'm still assuming the starting gig will go to Stidham. It's just that it not a "his job to lose" situation. He'll have to earn it. I think he has the edge because he's been going to the Patriots' school all year and Newton is a transfer student who's been working on a totally different curriculum his whole academic career. The Erhardt-Perkins system takes time to learn. It's play design might be similar to other systems, but the nomenclature is completely different, with complex route combinations and blocking assignments reduced sometimes to one word, as opposed to position numbers and route tree numbers.

I have no doubt Newton will learn it. It's just whether he can crash course his way to mastering it to the point he's your Week 1 starter. Especially with there being no guarantee of a full training camp. But one reason to be optimistic he can is that, in 2011, he was drafted during a lockout. So he had practically no offseason program. And did nothing less than put together perhaps the best season by a rookie QB in NFL history, throwing for over 4,000 yards, rushing for 700 more and leading the league with 5.6 yards per attempt.

Finally, the question is what the Pats offense would even look like with Newton under center. I've been convinced they're in the process of going to more of a ground-based attack anyway. They've invested an enormous amount in dollars and draft capital to get bigger on offense to counter smaller, more spread out defenses. They spent both 2018 first rounders on left tackle Isaiah Wynn and power runner Sony Michel. In 2019 they added a big, physical run-blocking wideout in N'Keal Harry (who even takes on defensive ends) and another between-the-tackles runner in Damien Harris. They've got by far the most expensive pair of guards in the league in Joe Thuney and Shaq Mason. They added Dan Vitale, a veteran fullback to replace James Develin. And this year used their fourth and fifth picks on big road-grading tight ends, Devin Asiasi and Dalton Keene. That is a lot of investment for a team that isn't planning on getting away from the spread and beat defenses filled with cover linebackers and nickel safeties into submission.

A healthy Newton would be ideally suited for such a scheme. And if there's any coordinator in the league who could make the adjustments to Optimus Prime his system from a nimble anthropomorphic robot into a tractor trailer, it's Josh McDaniels.

Again, I do think it will be Stidham in the end, with Newton and probably still Brian Hoyer as backups. After 19 seasons where Brady only missed time with an injury once, I think we're conditioned to take backup QBs for granted. But they're not a luxury or an afterthought. You need them like you need smoke detectors and a spare tire. And if one happens to be a former Super Bowl starter in his prime years playing for the minimum, so much the better. Stidham doesn't have anywhere near Newton's running ability but he has some. And I can see McDaniels building a ground game with some RPO elements around him, and using it to get opponents into sets they're not accustomed to, then exploiting the mismatches with play actions and spreads. If I'm wrong, and Newton wins out, I think they morph more into what Baltimore did last year, overpowering teams on their way to 14-2 with the most prolific ground game in league history.

No matter how it plays out, this is going to be the story of what should be the most significant training camp this franchise has ever had. Belichick not only can still surprise us, he's utterly incapable of having a dull offseason. I cannot wait for practices to start.