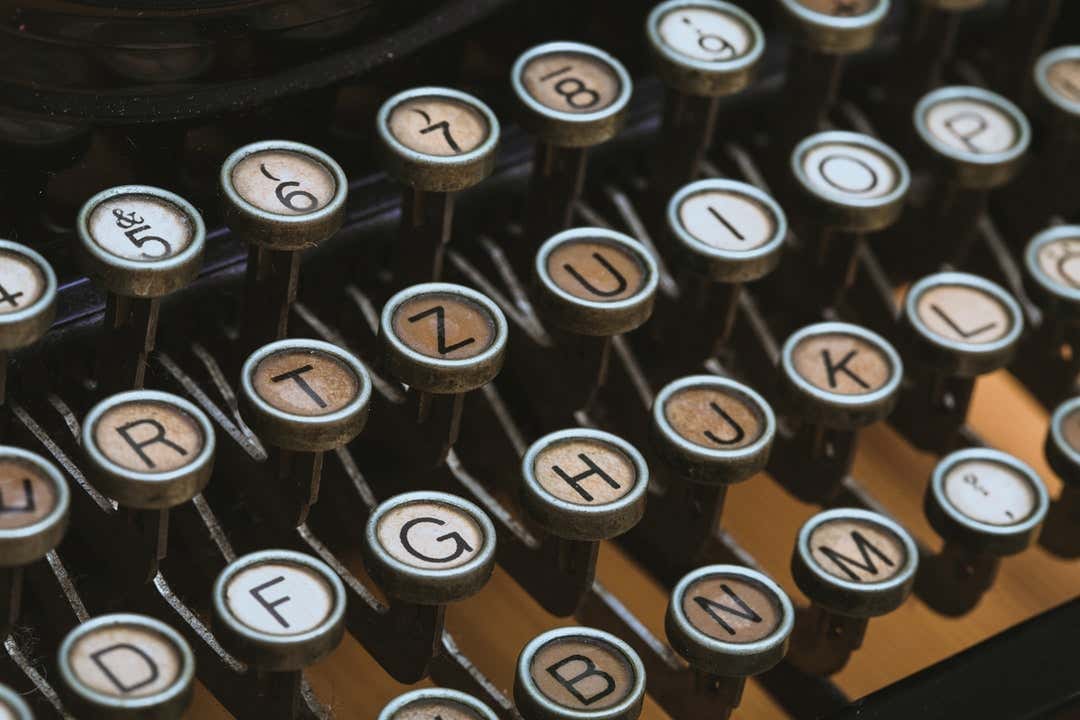 The alphabet has existed for far too long without anyone questioning why it's in that order. You could argue it's been put in a box ever since the invention of the keyboard tossed the traditional order to the side and pushed forward the QWERTY system we're all accustomed to. And yet, in schools and small children's literature nationwide, the ol' A-Z adage remains king. Completely unchecked, walking around with its chest puffed out like this chicken.

Well, it is with a heavy heart that I must regretfully inform all the letters out there that their free ride ends today. I don't care where you thought you stood amongst the 26, but from this day forward a new order will reign supreme. This is the alphabet, tiered. You're welcome. 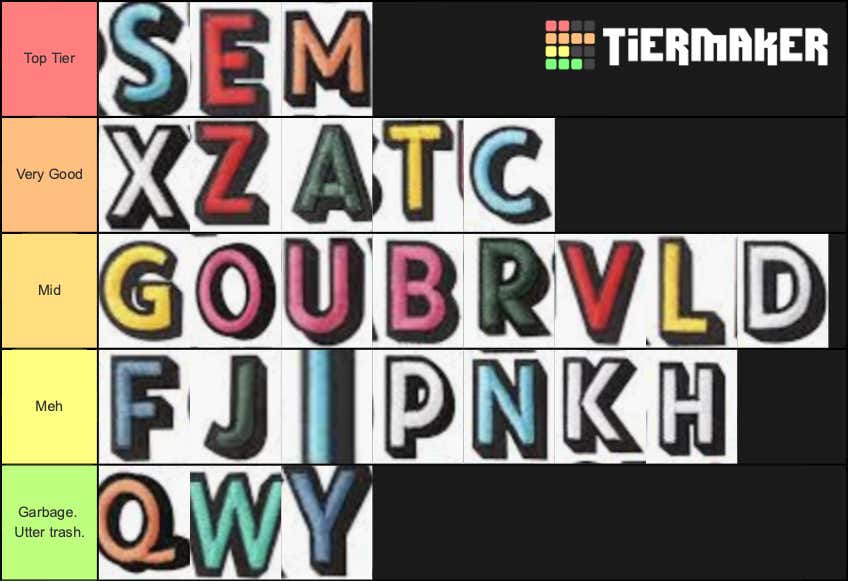 These are franchise changing letters. You get one of these on the team and you know you're set for the next 15-20 years. These are the Brady, Manning, and Mahomes of letters. You're shit if you don't have an S, E, or M near your organization. The building blocks in any word worth its salt. Try making something plural without an S, I fucking dare you. You know the weight and responsibility that carries on a daily basis? Tremendous. E can change your whole tune. Oh, you thought that A was soft? Let me slap an E two letters down and harden you up. That kind of strength doesn't come around often. And M. Good ol' M. Always there when you need it. So important we gave "mom" two of 'em. And there's nobody more important than mom. *studio audience in which this blog is recorded in front of awws for 17 uninterrupted minutes*

X and Z are undoubtedly our coolest letters. You show me a cooler letter than X or Z and I'll eat an entire apple pie from Star Market. You can't, because it doesn't exist. I still may eat the pie but that's on my time, not yours. The reason they couldn't crack the top tier is more tragic than anything. It's not their fault, but their usage is way too low for me to justify placing them with the S's of the world. Again, not their fault but with all factors in play here I cannot, in good faith, play favoritism and place them in a tier they haven't earned. I'm just happy to get them out of the dumpster known as the bottom of the alphabet and towards the top where they always, rightfully, belonged. As for A... not so tough without your top spot now, huh? This is like when a billionaire has to go to the grocery store for themselves for the only time in their life after an argument with their butler turned into a challenge gone awry. A can't make heads or tails of its own reality right now. A strong letter, there's no one arguing against that point. But most certainly not our most important nor impressive vowel. T is good, as I've already stated by placing it in the very good tier. Don't have much else to say about T. C? C very nearly made the top tier. C is a shower, not a grower, in the sense that it is impressive both soft and hard. A soft C can be an S while a hard C can easily be a K. That kind of range is something a lot of other letters (looking at you, J) claim but cannot provide nearly as consistently as the mighty C has proven over the years.

All solid letters. Need 'em, don't love 'em. These are your third and fourth round picks. They fill out your roster, maybe every now and then they have a great individual game that leaves you thinking they could shine in a larger role but in your heart of hearts you know that they're better off as a third banana in the long run. Take R for example. R is a hell of a closer. You end with an R and you've wrapped up a helluva word. But you can't get seven innings out of an R. R might be the Trevor Hoffman of letters. A third ballot Hall of Famer that you're not super gassed up to hear its acceptance speech. That's what all these letters are.

Hard to even look these letters in the face. F is tied to too much bad to be any higher than this. You say the F-word as a kid? You're in trouble. You get an F on your report card? Trouble. J? J has an identity crisis. You never know what a Js intentions are when you first come across one in the wild. J is a shiesty motherfucker that I will never trust. Leave the G sounds, alone, bub, be your own man. There's no bigger diva in the alphabet than I. In order for words to work you need a certain amount of humility and role acceptance that I has never shown capable of being that team player. P is just ok. It's surrounded by superior talent so it looks worse than it actually is, but you draw a lower case p on your college ruled paper and it's going to try and take some shine away from the words below it. Stay in your own lane, P. You ever try to communicate the letter N to someone over the phone? I think it'd be easier to jump to the moon than to get the other person to hear you clearly enunciate an N on even the second try. If M is the Mario of the alphabet family then N is Wario, constantly farting and causing trouble for everyone else. K thinks it's better than it actually is. Hey buddy, we've already got C pulling double time covering your ass in a lot of words. You take about a 0 WAR player? That's K. And H. Fucking H. You put an H next to a real G and that motherfucker is going to be silent as a church mouse. Can't trust 'em. Wont trust 'em.

Last and certainly the least, these fucking crud buckets. Q????? Q's got nothing going for it. If Q doesn't have his pal U around he's absolutely useless 9 times outta 10. And bro, get your own look. Took an O and just threw a kickstand on it. Fuck Q. W? Those are absolutely Vs. You know it. I know it. The French know it. You've been skating on borrowed time for far too long and that nonsense ends now. And Y. The worst of the worst. Is it a vowel? Is it a consonant? No one fucking knows. It's an enigma wrapped in a mystery shrouded in self-doubt and for that fence-riding it is in the garbage tier for eternity plus a day.