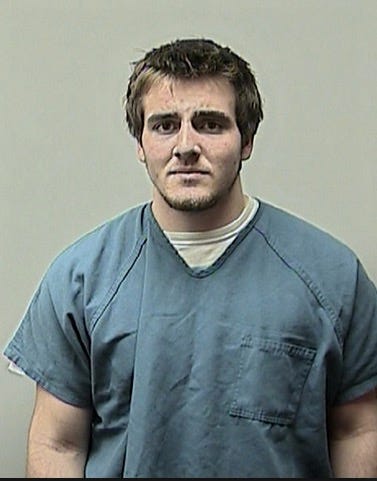 Badger Herald – A former University of Wisconsin student was sentenced to three years probation on April 8 for a sexual assault he committed in Witte Hall in May 2014. Douglas Gill, 20, was charged with one count of false imprisonment and two counts of fourth degree sexual assault.

According to the criminal complaint:

The victim said at 10:00 p.m. she and a group of friends were watching a hockey game and Gill was “snorting lines of cocaine and consuming alcohol.”

The victim said at 10:24 p.m. Gill sent her a sexual text message that was “odd.” She and Gill had not had a physical or dating relationship in the past. The victim said at approximately 11:00 p.m. Gill entered her room and laid on top of her, kissing her neck and touching her body, when a friend came into the room. Gill got up, acted casual and went back into his room. The victim said she knew Gill acted excessively flirty, especially when he was on drugs, but this was unexpected.

The victim said a short while later, Gill came into her room and was “full of energy” and “coked up.”

Gill again started groping the victim despite her telling him to stop several times. The victim said Gill became more aggressive and the victim immediately said “stop” when Gill inserted his finger into her vagina.

Gill left the room and texted the victim at 12:13 a.m. “Wtf, Idk what came over me. I’m embarrassed. I’m sorry. Like you prolly won’t even look at me the same way ever again. I’m just gonna take a lot of drugs n pass out, sorry for literally raping you that was so not cool.”

Couple of pro tips for anyone out there considering sexually assaulting a girl. #1 and most importantly, kill yourself. World will be a better place with one less scumbag. #2, if you insist on going through with it and don’t like the idea of getting caught, don’t follow up the assault with a text message to your victim saying “sorry for literally raping you.” Those aren’t Snapchats, they don’t just disappear into thin air, and the cops will be very interested in them. “Like you prolly” will get in a whole lot of trouble for them.

Then again you might just end up with 3 years probation somehow. Who says they’re not taking campus sex assault seriously enough?