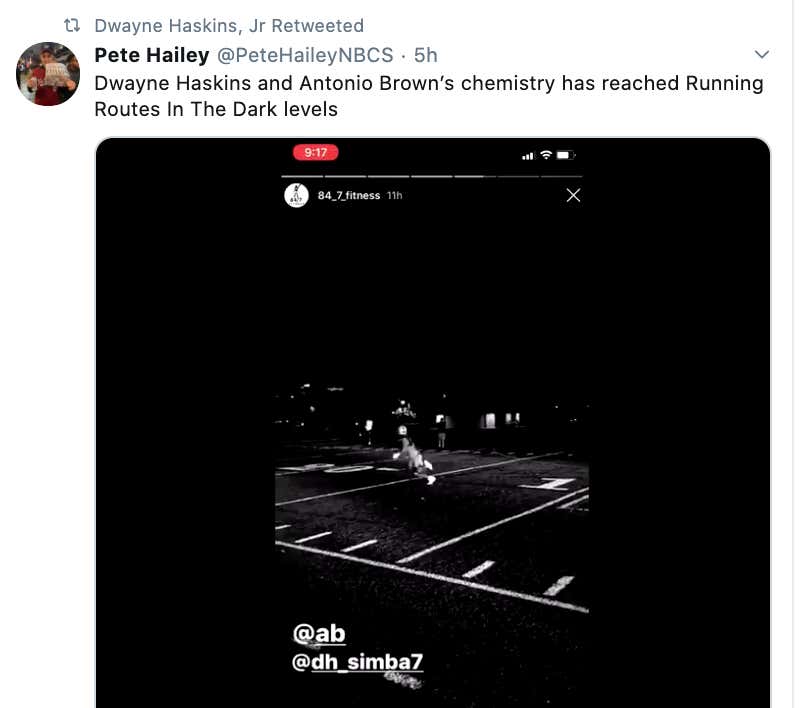 I'm not one to speculate or make a big deal out of nothing but AB is basically a Washington Redskin at this point. He's been working out with Haskins A LOT this offseason, they are doing routes in the dark with headlights on, the Skins need another WR, and t's been a hot minute since Dan Snyder was able to stroke a fat check to a player with a problematic past. So yeah, I think it's not if, but when, AB is in the burgundy and gold.

Now, there are obstacles in the way. It seems like a lifetime ago, but Antonio Brown was in all sorts of weird shit, like Britney Spears breakdown-esque shit, and only played in 1 game last season. I believe he needs to be cleared by the NFL before he plays anywhere, but when he's mentally and physically healthy, he's one of the best. I mean this string of seasons is nuts:

So we shall see. Seems like there is a solid connection between Haskins and Brown, the Skins certainly could use another weapon with McLaurin, and he'd probably come pretty cheap all things considered. I can't believe I'm typing this but shit, let's do it. Let's get nuts. #ABToDC