This project is separate from the already announced franchise reboot being developed by 'Pirates' scribe Ted Elliott and 'Chernobyl' creator Craig Mazin.

While plot details are being kept in Davey Jones’ locker, the project, in early development, is not intended to be a spinoff of the long-running franchise that had pirate Jack Sparrow at its center but rather a wholly original story with new characters under the Pirates moniker, itself inspired by the long-running attraction at Disneyland

I'm on record as being a fan of the Pirates franchise, specifically because the first one was so good. That said, every single sequel got progressively worse until we ended up with the GARBAGE 'Dead Men Tell No Tales'.

I was really pumped for the Craig Mazin project because I think he is a fantastic storyteller, but this has just as much potential to be be the spark that restarts the franchise's fire. I was not a huge fan the last movie Christina Hodson's wrote in of 'Birds of Prey', but I think the shortcomings of that movie had more to do with the direction than anything. Especially considering her previous project, 'Bumblebee' was the best Transformers movie since the original by a mile. I don't think I need to sell you on Robbie, but she has been basically flawless in everything she has ever been in, regardless of the films overall quality. Also, remember this?

People still like pirates, so I think the desire is there for more good pirate content. Hell, 'Black Sails' is one of the best shows ever made in my opinion and that only ended a few years ago. The big thing I hope this movie avoids is trying to sell itself solely on the female-fronted cast. I think a lot of recent movies like 'Charlie's Angels' and 'Ocean's 8', make that mistake, and sort of forget to make a competent film first. Then, when the movie gets panned, they blame trolls, etc. While I agree that there is plenty of broken-brain, dipshit men out there that will attack any female-lead movie, that doesn't mean that you can use them as a scapegoat when your film is straight-up bad. 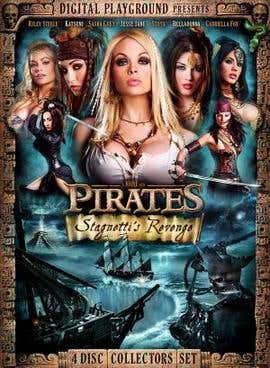 Give us audience goers the swashbuckling adventure, witty dialogue, and interesting characters that made people like the franchise in the first place, and this will succeed without a doubt.