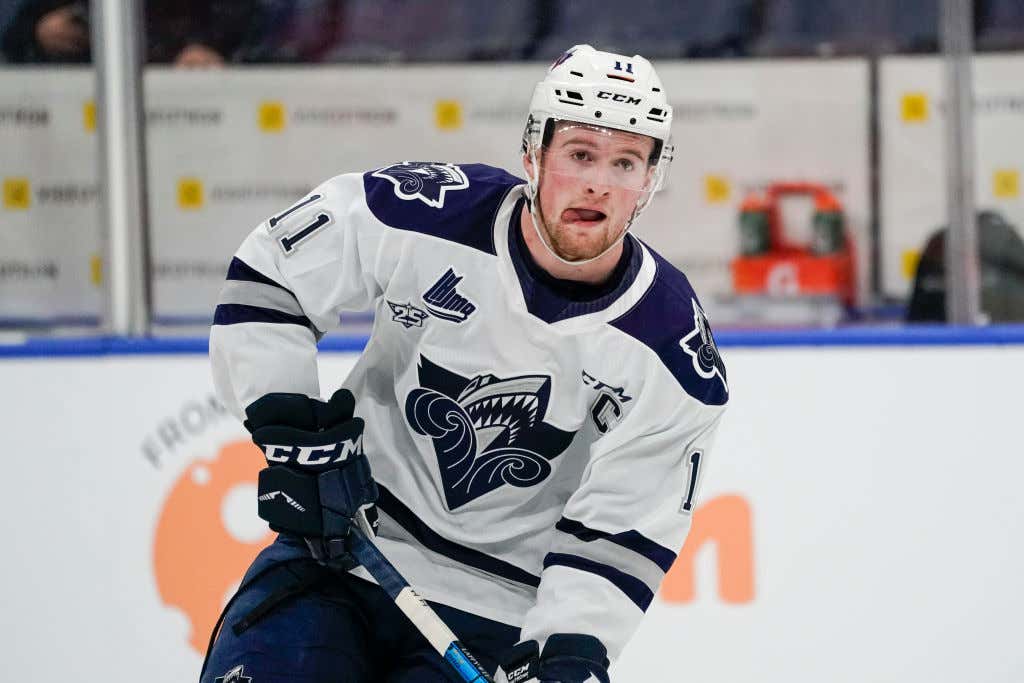 A franchise will be saved tonight at 8pm ET. Could it be the Detroit Red Wings who have turned into one of the biggest jokes the hockey world has ever seen after decades of dominance? Could it be the Ottawa Senators who should actually be called the US Senators because they're run by an incompetent ass who can't get out of his own way? Not only do they have their own pick here but they also have the Sharks' pick from the Karlsson trade. Could it be the Buffalo Sabres who don't even have anybody to send to the Draft Lottery because they just got done firing the entire organization from top to bottom? Or could this completely fucked up year throw us all for one more loop and have a Team Who Is Yet To Be Determined end up with the 1st overall pick. 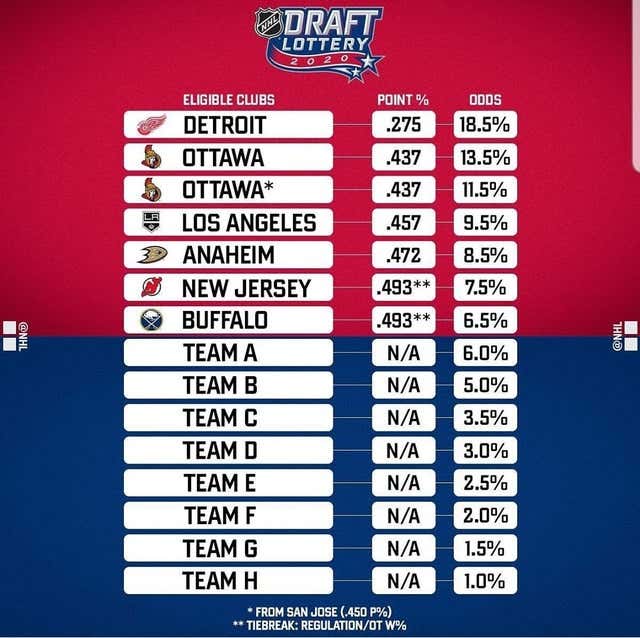 There's a 75% chance we find out exactly which team ends up with the 1st overall pick in the lottery tonight. But with the way this year has been going, that 24.5% chance of one of the play-in losers ending up with that pick seems like you're just begging to drag this out even further. I'm pretty sure the way it works is there will be a 2nd lottery in which the 8 teams who lose the play-in round all have an equal chance of being slotted as any of those Teams A-H. So just imagine if Edmonton loses that series against Chicago and go on to end up being named the team that won the lottery? Five 1st overall pick since 2010, Lafreniere on the wing with McDavid, and somehow they'd still find a way to screw it up. And no, I don't even want to speak into existence what would happen if that pick landed in the western half of Pennsylvania.

If I'm being perfectly honest, I'd love for it to be LA. The Ducks have been dead to me ever since Teemu retired, and I don't want Lafreniere in the Eastern Conference. Detroit deserves a savior because that team is beyond ass, but I'm still holding a grudge from the '97 Final so Detroit can get bent here. And it's not like the next few picks in this draft aren't going to be loaded with studs either. Tim Stutzle, Quinton Byfield, Jamie Drysdale, Lucas Raymond, they're all quality prospects. But when you've got the only player besides Sidney Crosby to a 2x CHL MVP, and he also just happened to win a gold medal and an MVP at this winter's World Juniors...well no offense to the rest of the boys but this will always go down as the Lafreniere Draft and nothing else.