Masks, I don't know why everyone hates on them to be honest. Like they suck, don't get me wrong, but you'd swear people were asked to cut off their own foot and feed it to alligators.

It could very well be because everyone is just gonna associate masks with having to stay inside every day as some virus took the world by storm. At the same time though, it's wayyyyy more likely that these non-mask wearers are doing this for the sake of being difficult. The fair majority of the internet that are against masks are just doing it because they are apparently experts and just know that we don't need them. Fair is Fair.

The actual card itself is pretty wild. "Freedom to breath agency" is pretty spot on in terms of what you could've expected the name to be. It would be one thing if this was serious, as in people who actually cannot wear a mask - for whatever reason - got a doctor's note or something. However, when anyone could just go on this fucking website (now closed) and get a fake mask pass, it's a bit much. It's the same group who are acting as if these things are made of fucking cement and prevent breathing entirely. The folks who think it's hard to breathe in a mask more than likely just have trouble breathing in general.

The fair majority of those folks that printed them out are just doing menial tasks. Going to the grocery store, picking up takeout, etc. They just simply can't be bothered to simply put a piece of cloth over their face for two seconds like the rest of us. That's the craziest part of the whole thing. The standard for what is and isn't a facemask is so incredibly low that you could probably put a couple of rubber bands in a piece of printer paper and nobody would bat an eye. It's really that easy to just not be an asshole.

Wearing a face mask posses a mental and/or physical risk to me.

It's a pretty tough look when this is supposed to be some sort of faux governmental mask hall pass. I'd argue the only mental issue that prevents you from wearing a mask is being a fucking lunatic. Just fucking put the mask on for ten minutes while you pick out what type of Doritos your fat kids wanted, Karen. It's not too hard.

Imagine working at a store or something and some random fucking guy walks to you and hands you this card. I mean, there's no way you'd believe it right? Even if you did fall for it, I'm sure a manager or something would be able to sort it all out. The whole thing just feels like an argument waiting to happen. So the psychos who are actually printing this shit out and laminating it are pretty much just going outside for the sole purpose of arguing. If they would just put a mask on for .002 seconds, it would be INFINITELY quicker and easier for all parties involved.

To who? The totally real, NOT fake FTBA (Freedom To Breath Agency)? Are they gonna enforce that? The answer is no because THEY DON'T FUCKING EXIST. They're virtually the boogeyman. Even when you google "Freedom to Breathe Agency", they're website doesn't work - probably because it got shut down for being fake. The only thing that comes up is a private Facebook group with 5.8k members. 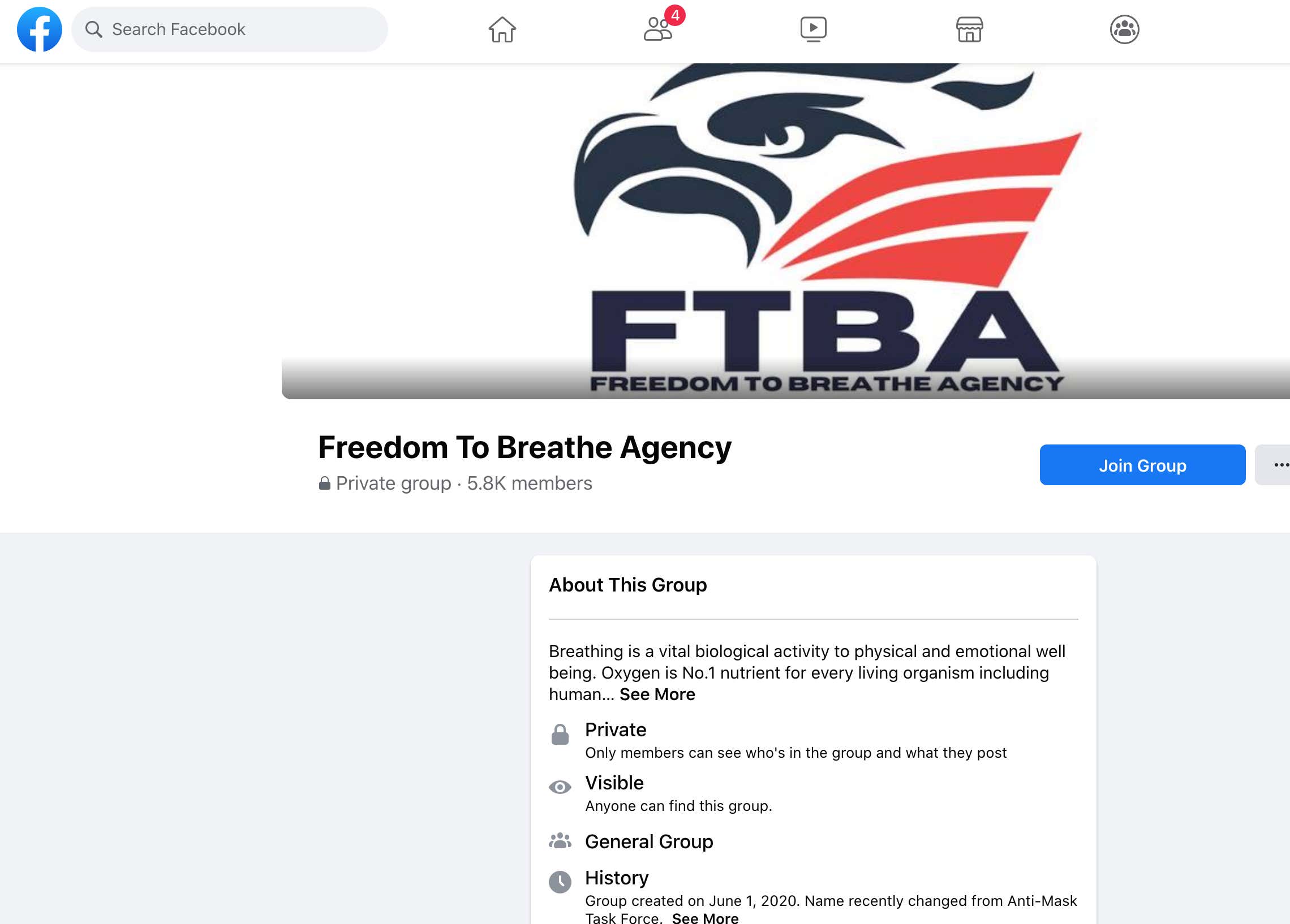 I don't even have to go through the hassle of requesting to join this group to know what goes on inside of it. It's just a lot of mask slander with everyone agreeing. An echo chamber, if you will. It's almost as if these humans are the only ones forced into wearing the masks. EVERYONE IS WEARING THEM, YOU DICKHEADS. Sure, I'm just a bitch who will do pretty much whatever anyone tells me to but that's beside the point.

They are just too tough for masks, I suppose. Tougher than coronavirus, as they say.  It's kinda like these people have been through a pandemic before and know how all of this will go. It's bananalands. Like just wear a mask until you don't have to anymore. It's pretty simple. The fight against it just really never made sense to me.