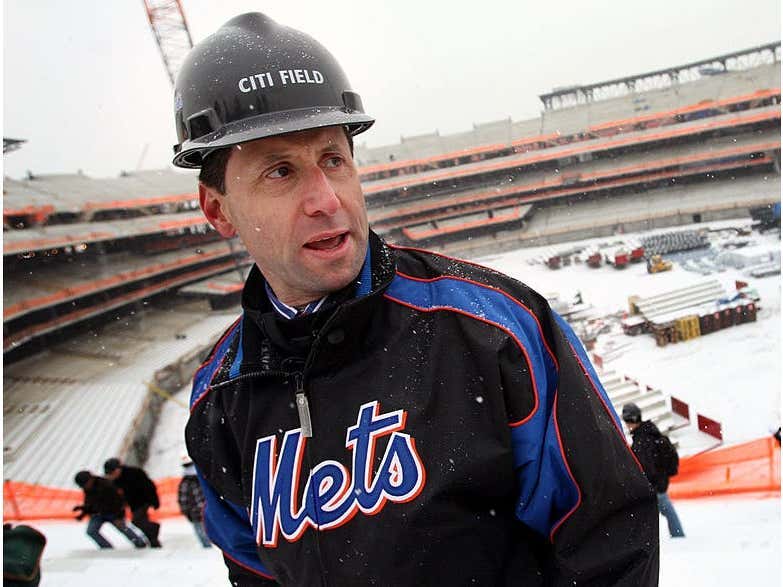 NY Post- According to multiple sources familiar with Mets sale saga, the Wilpons will begin to field first-round bids on the team in July with an eye toward locking in a buyer by Oct. 1. But insiders say those bidders are now also aware the Wilpons must find a buyer in the coming weeks in order to close a deal by the end of 2020.

“They need to sell the team before the end of the year,” one source told The Post. The October timeline gives the Wilpons just enough time to sign off on a pact and submit it to Major League Baseball for approval before 2020 turns into 2021. But with the Wilpons now even more motivated as sellers, people close to the situation are skeptical they can get the number they want for the team.

2020 you beautiful son of a bitch! This whole time I thought you were a lock to be the worst year in everyone's life. The Jeff Wilpon of the calendar. Whispers of World War III, Kobe dying, and the entire planet shutting down because of a Worldwide pandemic. And that was just the first three months.

Instead 2020 may just be, to quote Noah Syndergaard, a 2nd half team. I don't know (or to be honest want to know) what the fuck the next 6 months have in store for us. But if the year ends with the Wilpons out of the owners box at Citi Field, I'm chalking 2020 up as a W. Not only because those two broke bois will be out as our team's owners but because the new owner can actually spend money on the 2021 roster*.

*If there isn't a massive work stoppage with the CBA coming up next year, months of bullshit negotiations during a pandemic this year, and decades of mistrust between the players and owners. Fuck baseball is so annoying sometimes

As for potential buyers, we got our first rumor of an offer amount.

The Post has learned that potential buyers Josh Harris and David Blitzer are offering $1.4 billion for the cash-hemorrhaging baseball club without the team’s revenue-generating TV network SNY.

1. I may not have a lot of money but I would pay an unhealthy amount to see Fred Wilpon's first conversation with Jeffy after they got an offer for the pride of their family that was almost half the amount they agreed to a few months earlier before backing out then watching coronavirus treat the economy like it was Edwin Diaz in the 9th last year.

2. You can pretty much cross Harris and Blitzer from completing their sports team infinity gauntlet with the Mets if Uncle Stevie's still circling the Mets like a great white shark because a guy like this doesn't lose a bidding war to anybody that has less money than he does.

God I love that rich motherfucker so much.

Make sure to subscribe to We Gotta Believe in case I get dragged into Scoop City and end up with any Uncle Stevie news. We will dive into all these reports along with actually talking about a baseball season that may actually happen THIS YEAR at noon today on the We Gotta Believe Twitter.