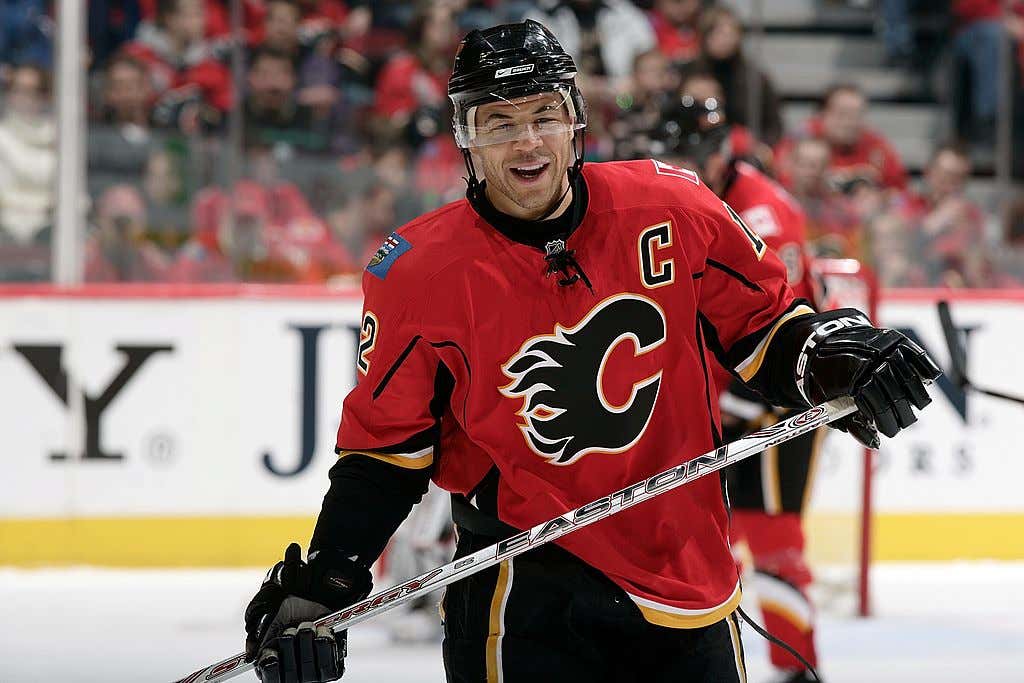 If you locked a bunch of science nerds in a room and told them to create the perfect hockey player, chances are they’d come up with something similar to Jarome Iginla. The dude could hit. The man could fight. He could fill the back of the net, he was a leader, he was a winner, and there’s almost nothing that he couldn’t do out there on the ice if you asked him to. Jarome Iginla competed his dick off for 20 years in the National Hockey League. He was a 6x All-Star. A 2x Rocket Richard winner. A 2x Olympic Gold Medalist. An Art Ross winner. He scored 625 career goals and put up 1300 career points in 1554 games. The only thing missing from his resume, unfortunately, is a Stanley Cup. He brought the Calgary Flames to within just win away from winning the Cup in 2004 but they’d eventually lose game 7 to the Tampa Bay Lightning that year. Sucks because I think if Iginla gets that photograph of him hoisting the Cup over his head, there's not a chance in hell he ends up being as underrated of a star as he is today. But fortunately nobody will ever be able to forget his name because he's now where he rightfully belongs as one of the newest members of the Hockey Hall of Fame.

Iggy was the definition of Hard Dick Hockey. And I just pray there comes a day when youth hockey players all across the globe are forced to watch his highlights before every game.

Oh and let us not forget that Iggy also has one of the greatest hockey cards ever created. If you don't have this card, you ain't a real collector. 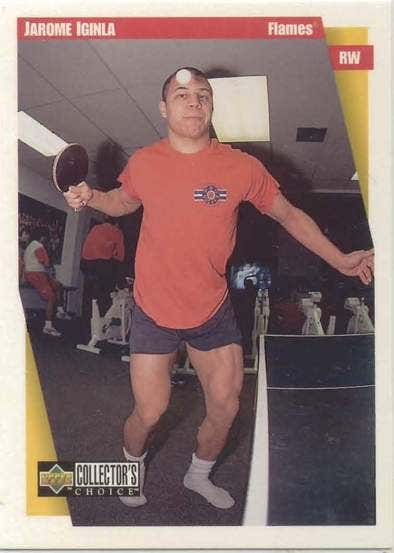