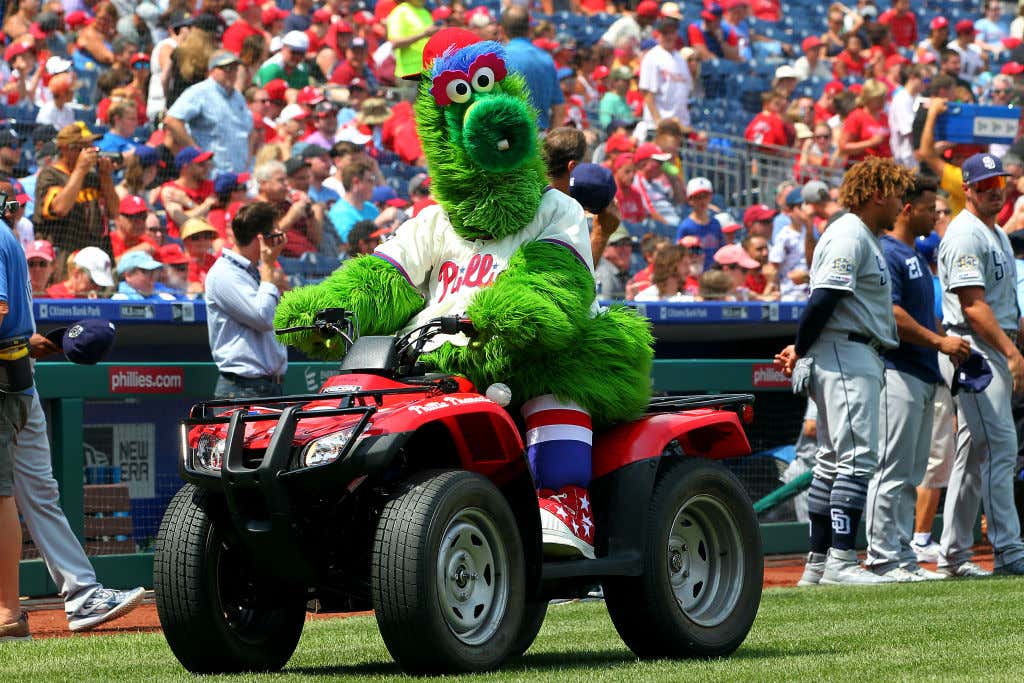 I get that we're living through some unprecedented times right now and that desperate times call for desperate measures. But I don't know, man. This sure seems to me like the MLB is using this pandemic as a way to neuter the Phanatic. In what way could having the Phanatic out on the field cause any harm? I'm not sure if the MLB knows this or not but the Phanatic is actually just a guy in a suit. So all you'd have to do is disinfect the suit, and then it's just like putting whoever wears the suit inside of a bubble.

The Phanatic has rights. And it's as un-American as room temperature beer for the MLB to try to take them away from him. It makes me sick to think the league would try to take advantage of this pandemic for their own agenda, but I guess that's just the world we live in. All I know is that they shouldn't anticipate the Phanatic going quietly into the night. Can't stop won't stop.