One of the things I'll never understand are the snowflakes who are so offended at even the idea of having to wear a face mask in public. And I get not wanting to wear one if you're just taking the dog out for a walk around the block or if you're going for a run or something. But to privately owned establishments that are asking patrons to put on a mask before going in? The people who make a big scene and try to go in there without a mask because "iT's My RiGhT aS aN aMeRiCaN" are the biggest bozos on the planet.

But as much as I hate those people, I also hate folks who complain about an issue without presenting a solution. So here's my idea on how we can finally get everybody to come around on the face masks--just get everybody these Tyler Bertuzzi face masks and then nobody will ever want to take them off again. Even post-pandemic, it will be the hottest accessory in the game. It's great for the fellas, it's great for the ladies, it's wonderful for children of all ages.

You want to make wearing a mask in public about a political agenda? I think you're an idiot, but whatever. However, if you still refuse to wear a mask even when these bad boys exist in the world, not only are you an idiot but you're also an unfashionable pigeon.

Sidenote: We need Tyler Bertuzzi to bring back this legendary visor tilt. 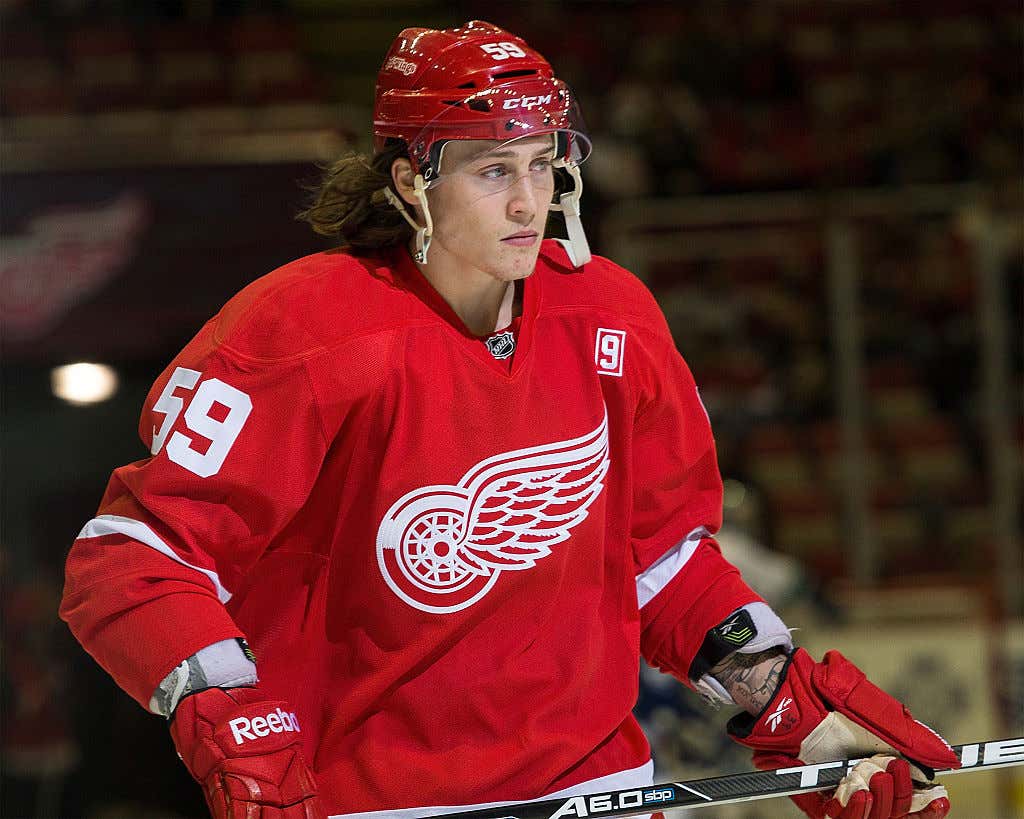