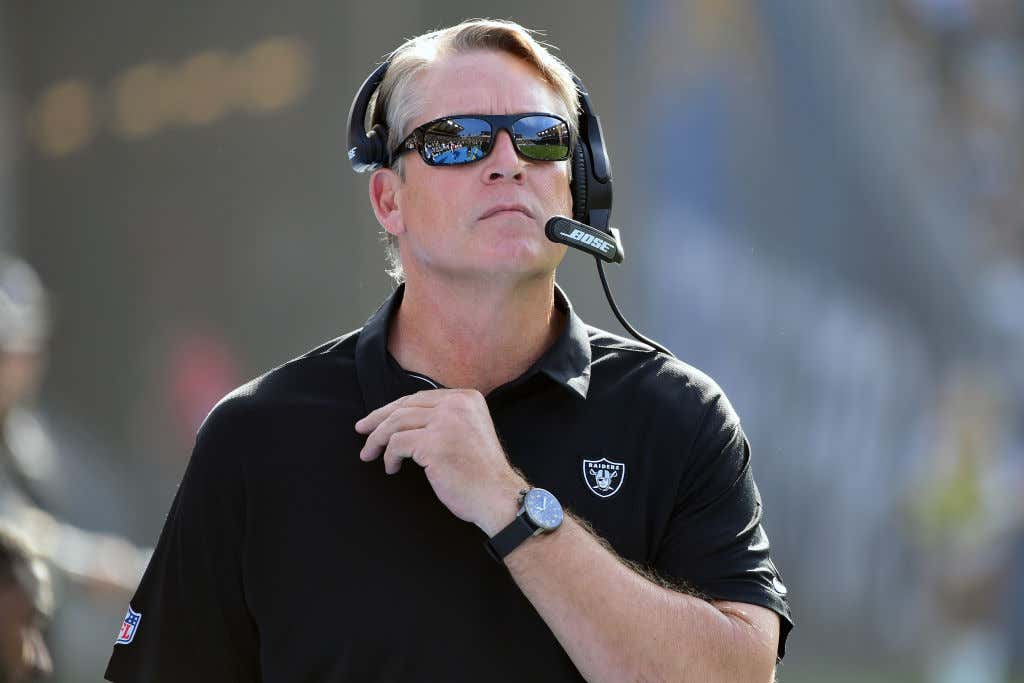 There's an old phrase about reading the room. Surveying the situation and making the smart, informed decision that will lead to the best possible outcome. With the invention of social media, namely Twitter, a lot of people are quick to say anything that pops into their heads without thinking it through. Not saying that it's wrong to have an opinion that may differ from the mainstream, but saying sometimes it's ok to keep these opinions to yourself for the betterment of the cause. A great recent example is Mike Gundy and his OAN shirt. It just could not be less smart. Watch OAN til your eyeballs bleed, but why make a spectacle about it? Read the room, bro.

So that brings us to Jack Del Rio. He had quite the night on Twitter. And again, I'd like to reiterate, why is someone like JDR on Twitter? If you are weighing it on a binary scale, is Jack Del Rio being active on Twitter good or bad for his life/career long term, it weighs to the bad side. That goes for basically anyone on Twitter, really. The negatives will more than likely always outweigh the positives because Twitter is a toxic wasteland. So here is JDR's night last night:

First he fell for an obviously fake and photoshopped AOC tweet. 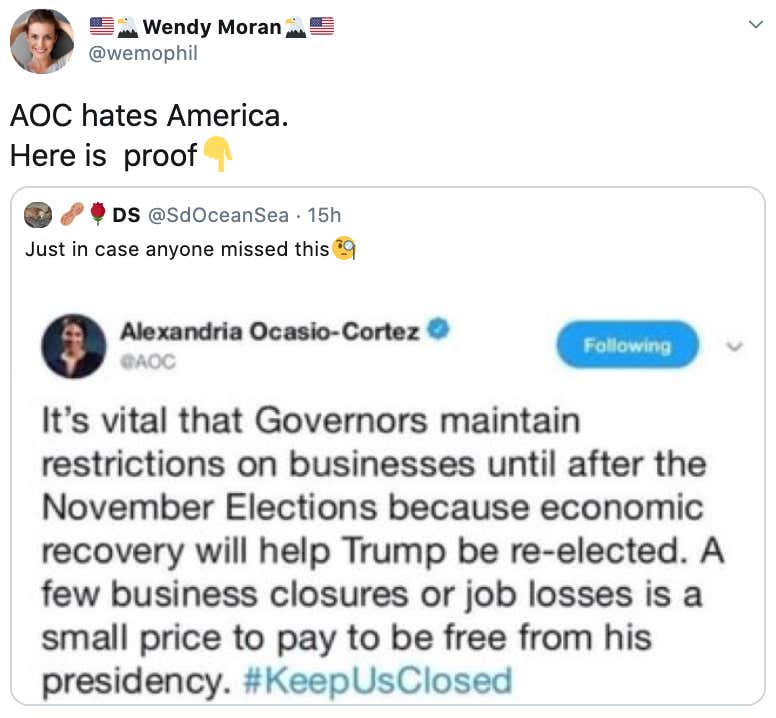 Then he RT'd this outrageous video that even the most staunch Trump-defender looks at and is like "ok, relax, weirdo"

And then he started getting angry online

And this is what I'm talking about. Old weirdos who don't believe in CTE and think coronavirus is a hoax who are put in leadership positions maybe shouldn't be allowed to tweet.

What good does any of this give to the world? All he's saying is "I'm the wacko who takes Candace Owens seriously" 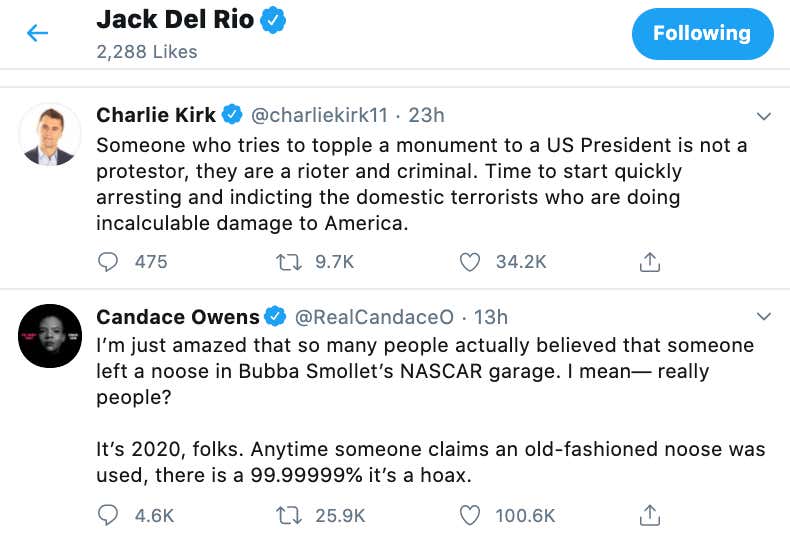 And course there are always the people in his mentions like "thank you coach for having the BALLS to stand up to those libtards blah blah blah" and I'm just like…this guy has to walk into a locker room of primarily African-Americans and have their respect, not MAGAFan69 on Twitter's. Which is he more worried about? How does being on Twitter bring value to his professional career? It just doesn't.

I haven't seen any pushback from Skins players as of right now. Maybe something will happen, maybe nobody will care. But certainly JDR having Twitter is a situation where the juice just isn't worth the squeeze. Save these takes for your Aunt Bertha on Facebook.