Hard Factor Radio returns with a fresh slate of top stories from around the world and another Barstool Debate between our very own interns, Patricia, Cam and Bubba.  We are also joined by guest host and co-host of Barstool Breakfast, @BarstoolPAT. Listen to the full episode on Sirius On-demand by searching Hard Factor.

@BarstoolPAT Joins the Show to Discuss the Landmark SCOTUS LGBTQ Decision -- Last week, The Supreme Court handed down a massive decision protecting the LGBTQ+ community under federal civil rights law.  Justice Gorsuch authored the opinion that set out the 6-3 decision, a shocker to the current administration.  Perfect timing too, as it's Gay Pride Month, but unfortunately, with coronavirus restrictions still in place, celebrations have been thwarted.

Elon wants YOU! … to be a Test Rat for Starlink: Elon dreamt and SpaceX constructed Starlink, is satellite internet access that will eventually eat into your brain and control your mind…probably.  Elon's fight for highspeed internet access is coming along better than most of his test launches so far, but now he's looking for test rats to sign up for the Beta version and I hate to say it, but I'm a little hesitant. This certainly seems like the ideal time for a guy creating Neurolink technology to trick me into signing up to have a computer chip shot into my brain.

Michigan Man Wins $4M Lottery on Scratch-off -- A man with a name straight off of a Coach Duggerton roster has won $4 million on a scratch-off in Michigan… FOR THE SECOND FUCKING TIME.  Mark Clark, of South Rockwood Michigan, plays his scratch-offs with a coin his dad gave him over 10 years ago, just before he died. Back in 2017, Clark won the same cash prize of $4 million on a different instant win game and again chalked up his winnings to his magic coin. He decided to take the lump sum of roughly $2.5 million and had this to say,

“I’ve had a lot of ups and a lot of downs in my life, but everything is pretty amazing right now.”

Next up, we pinned our very own interns against each other in a heated debate to earn a spot in the bracket. Interns Cam, Patricia and Bubba competed for the final spot on the Stoolie side of the Hard Factor Radio debate bracket where the top debater will face the winner of the HQ side. 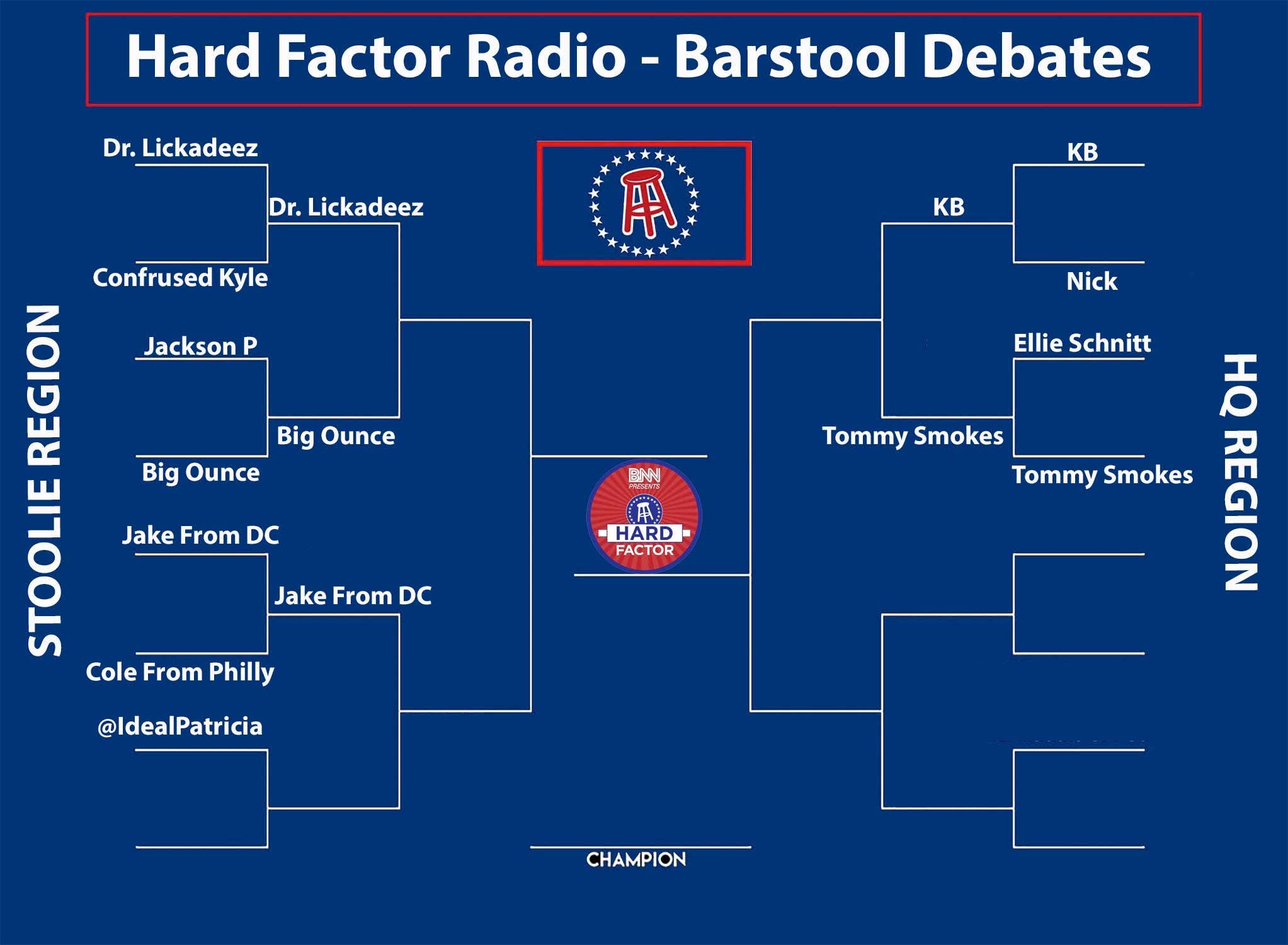 Topic #1: Your favorite Amendment and why?

Topic #2: Your favorite war and why?

Topic #3: Your favorite color and why?

Listen to the full shows on Sirius XM On-Demand by searching Hard Factor.

Tune in every Monday, Tuesday, and Thursday at 11 AM EST for more Hard Factor Radio and catch new episodes of the pod Monday-Friday.  Your daily dose of News Cocaine.

Catch today's episode of Hard Factor News the Pod below: