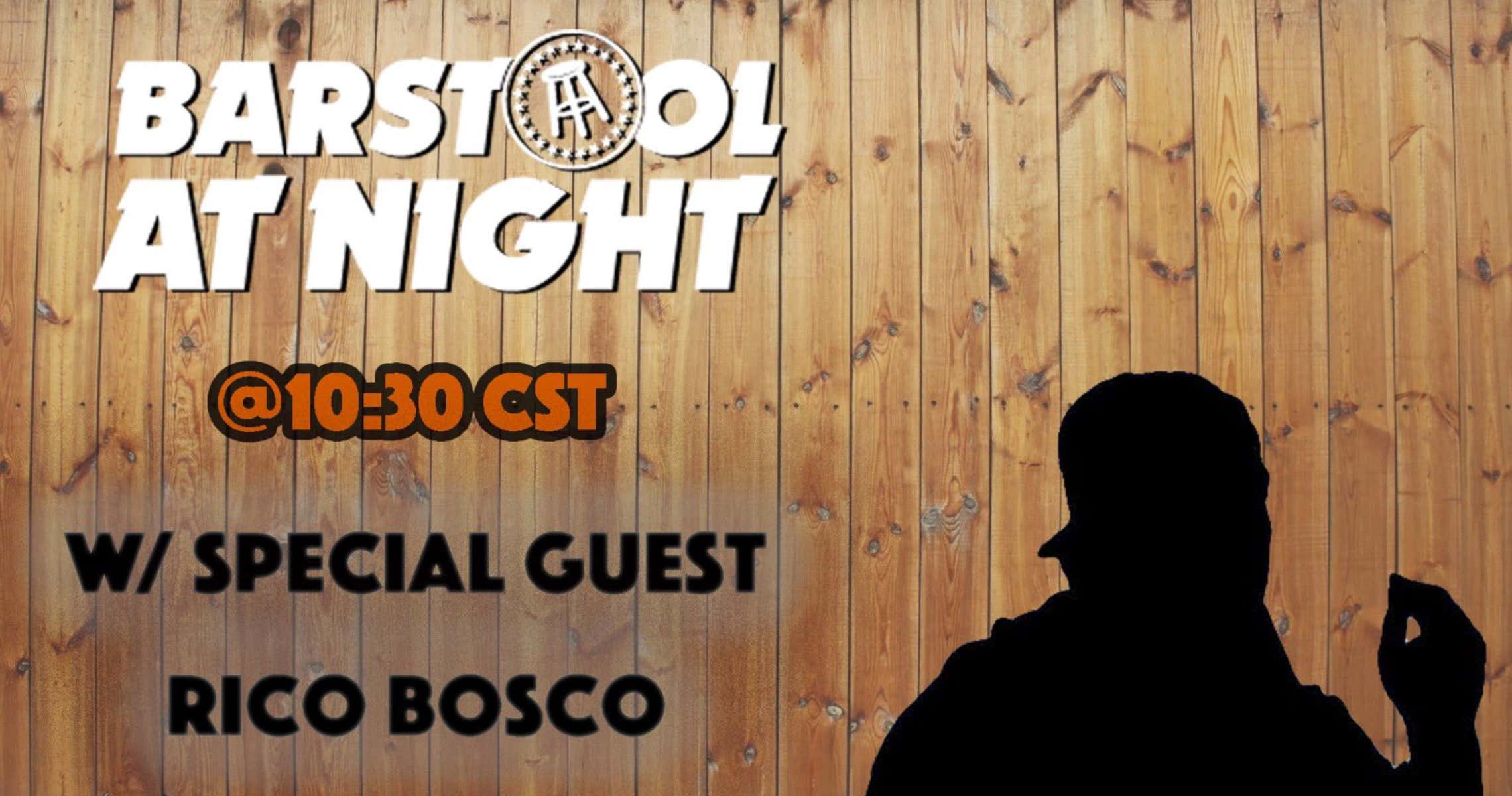 We've been doing these Late Night streams on the blog every Monday and Thursday for the last few months in quarantine. I'm familiar with the data so I understand not everyone may know about this show. But it has happened and will ultimately conclude this Thursday night with Frankie Midnight.

But before we get to the series finale of an objectively forgettable piece of content, I want to bring attention to one of my all-time personal moments in the barstool universe. It happened last night with the man myth legend Rico Bosco bringing Chris Collinsworth to his goddamn knees with this slide in

But Carl that's not a slide in.

I'm not here to argue with the Merriam-Webster's crowd that lives to slice and dice nuance. Bigger picture here, we're talking about Drop Ins and that one by Rico Last night as about as dynamite as they come.

It's also important to dispel any confusion. Lots of people were speculating that Rico was coming from one of those true-crime documentary series where you talk to the former gangsters behind the shadow wall and you change the voice inflection to sound like a cyborg baritone. Other people tried to say it wasn't even really Rico but another friend of his that also owns white Oakleys. Personally I find all of it disgusting which is why I'm here to confirm that really was Rico Bosco last night in the flesh.

It's going to be sad to burry Barstool at Night this week, but I remind myself frequently that I serve at the pleasure of the stoolies and whether or not anyone gives a fuck about stuff. Not everything is meant to live forever which is why you gotta find the small victories in life. For me that's a Rico Bosco slide in to talk Jersey Shore house rental etiquette and whether the Dakotas are in the top-5 states where guys go out hoping to get in fistfights.(1)

Maybe not the kinda stuff you guys admire but to me that's a gold-standard level conversation, and I'm hyper-aware of how lucky we were to have it with Rico last night:

It's been a good run but like I said not everything is meant to last forever. Most important thing is we give Frank The Tank the platform he deserves late Thursday evening because holy fucking hell does he deserve it. From Barstool's greatest guest and contributor in the history of the company to a future board member of the New York Mets. Who knows maybe when we're done we just give the show to Frank. Tune in Thursday night at 10:30/11:30EST to find out.

(1) - Top-5 states where young men hope to get into fistfights when "out for the evening" include: North Dakota, South Dakota, New Jersey, Arkansas and several parts of Boston.