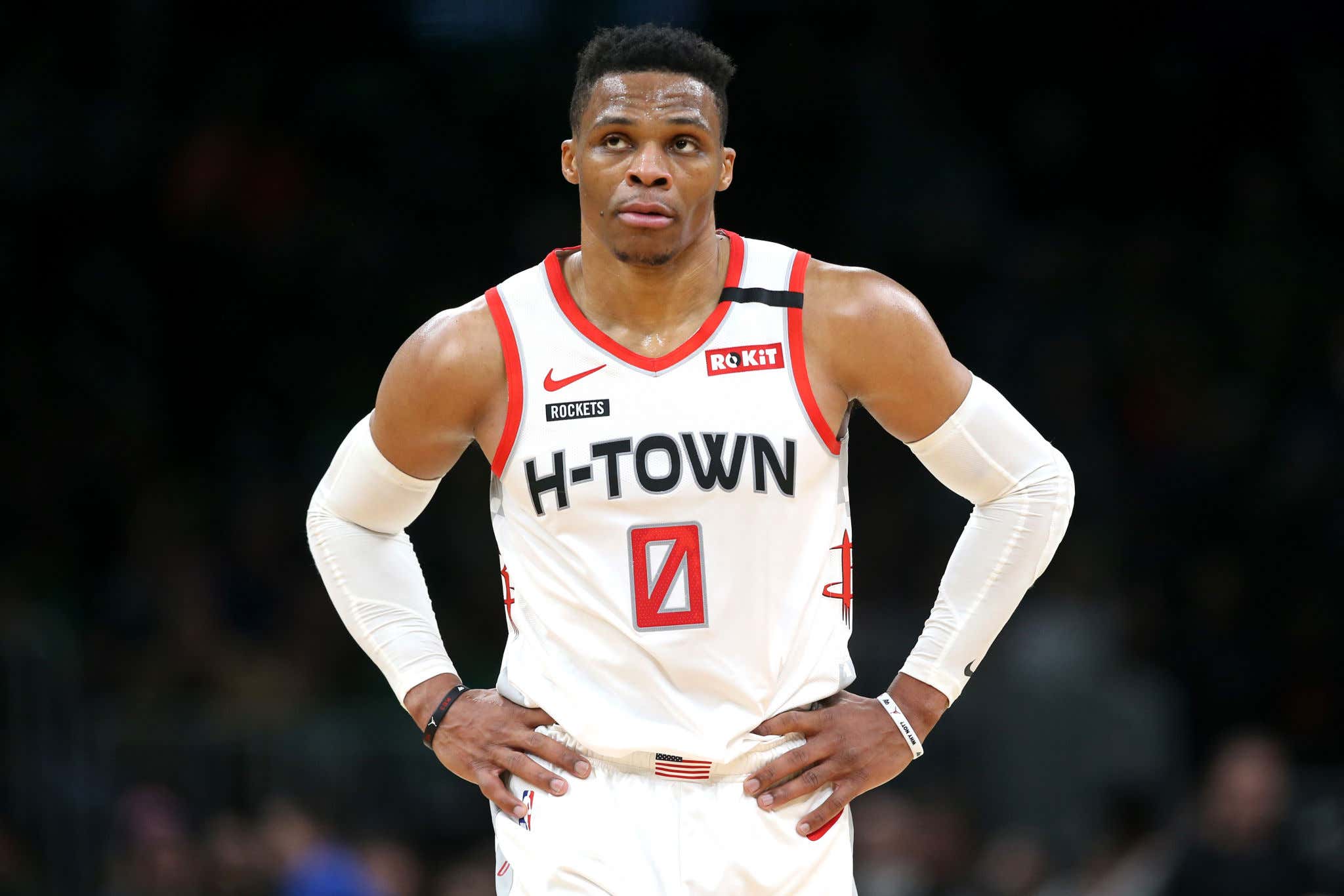 With one of the biggest questions about the NBA's return being how many players will come back in shape, I feel pretty confident in saying that we do not have to Russell Westbrook. As he told Jimmy Fallon on his TV show, he's "always ready". I feel like a lot of players might say that when this subject comes up, but with Westbrook you know he's not blowing smoke up your ass. In fact, the internet just got glimpse of the latest Westbrook workout

and while I have no idea how this translates to basketball I sure as shit know I found that pretty damn impressive. It also looks like he did that in socks which for some reason make it even more impressive to me. Videos like this are how I know that myself and Russell Westbrook and cut from a very different cloth. He's a highlt motivated elite athlete who willingly pushes his physical limits on a daily basis.

I'm a 33 year old blogger who hasn't done anything remotely like this in no fewer than 15 years. I probably would have thrown my back out after the first toss and just called it a day. There is just no part of me that finds what Westbrook is doing in that video appealing. I'm not going to call him a hardo because he terrifies me, but this isn't the first time I've had that thought while watching a Westbrook video.

Running in sand suuuuucccckkkks. And I'm not talking about doing it in the way Westbrook is here, I'm just talking about when you're tossing the football around at the beach with your buddies. I'm exhausted just watching that shit as I'm currently blogging this from my bed. I could have woken up early and gotten a workout in, but why? I thought we all had an agreement about this quarantine and unlike Russell Westbrook I plan on sticking to it.

I just know that if I were a Rocket fan, this latest video would have me antsy as hell. I say this as someone who gets a half chub watching his favorite players take unguarded layups at the practice facility. At a time like this any sort of video from your favorite players is going to get the blood pumping, and chances are Westbrook is going to show up in Orlando and do more of this

A skinny Harden and a still in shape Westbrook. Maybe this will be the Rockets year!