Oh shit! Go get em *checks notes* Evan Fournier. Sure, why not? Let's get a little Magic/Wiz rivalry brewing again with Evan Fournier calling Davis Bertans out for refusing to play in Orlando. I love it though from Fornier. Give me guys like this every day of the week. One that will say whatever the fuck he is thinking and not afraid to call out people. He's made fun of LeBron's hair before

I understand Bertans has a reason to sit out. He's been injury prone and he's about to be a free agent in 8 games. More importantly he's going to get paid in the offseason. The Wizards also don't really have a great shot at getting into the playoffs, so whatever. I just love that Fournier is out here calling him out. Just say why you're sitting out and say you don't care about anything besides your money. He also makes a point in the one reply that he has to a fan: 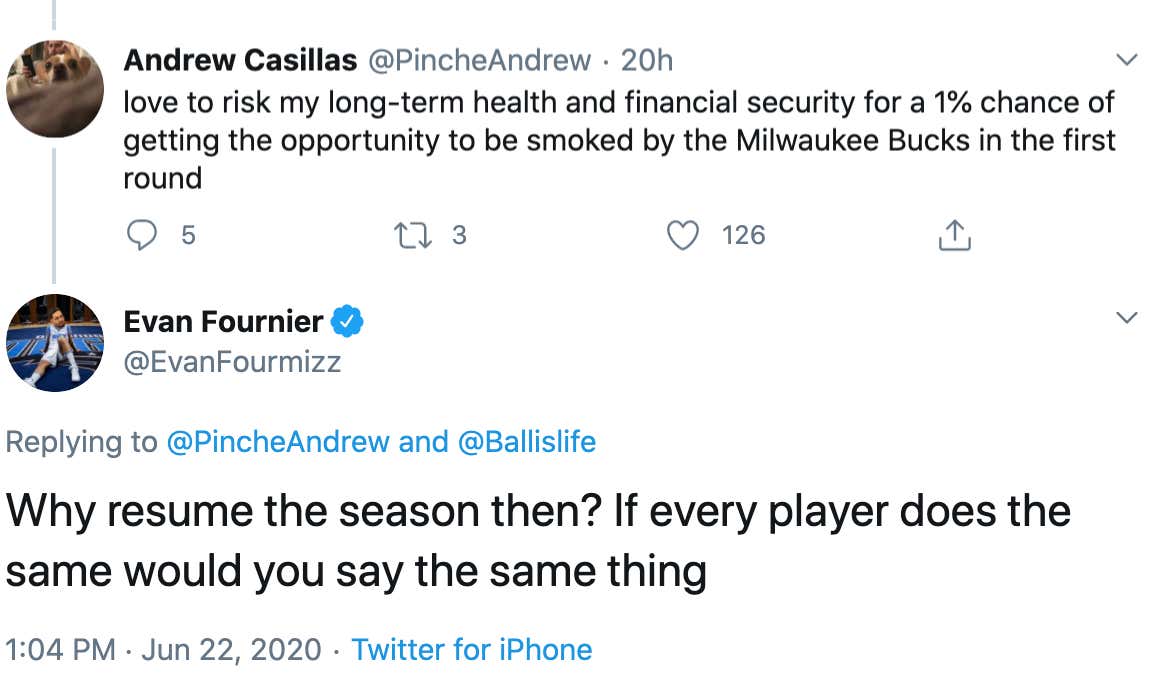 What would the reaction be if Bertans was a bigger name or on a team that could compete for a title? I doubt the reaction would be the same. Either way love seeing Fournier and really anyone in the NBA speak their mind. This is what I want. I'm sick of the canned, vanilla answers. Give me this day after day.