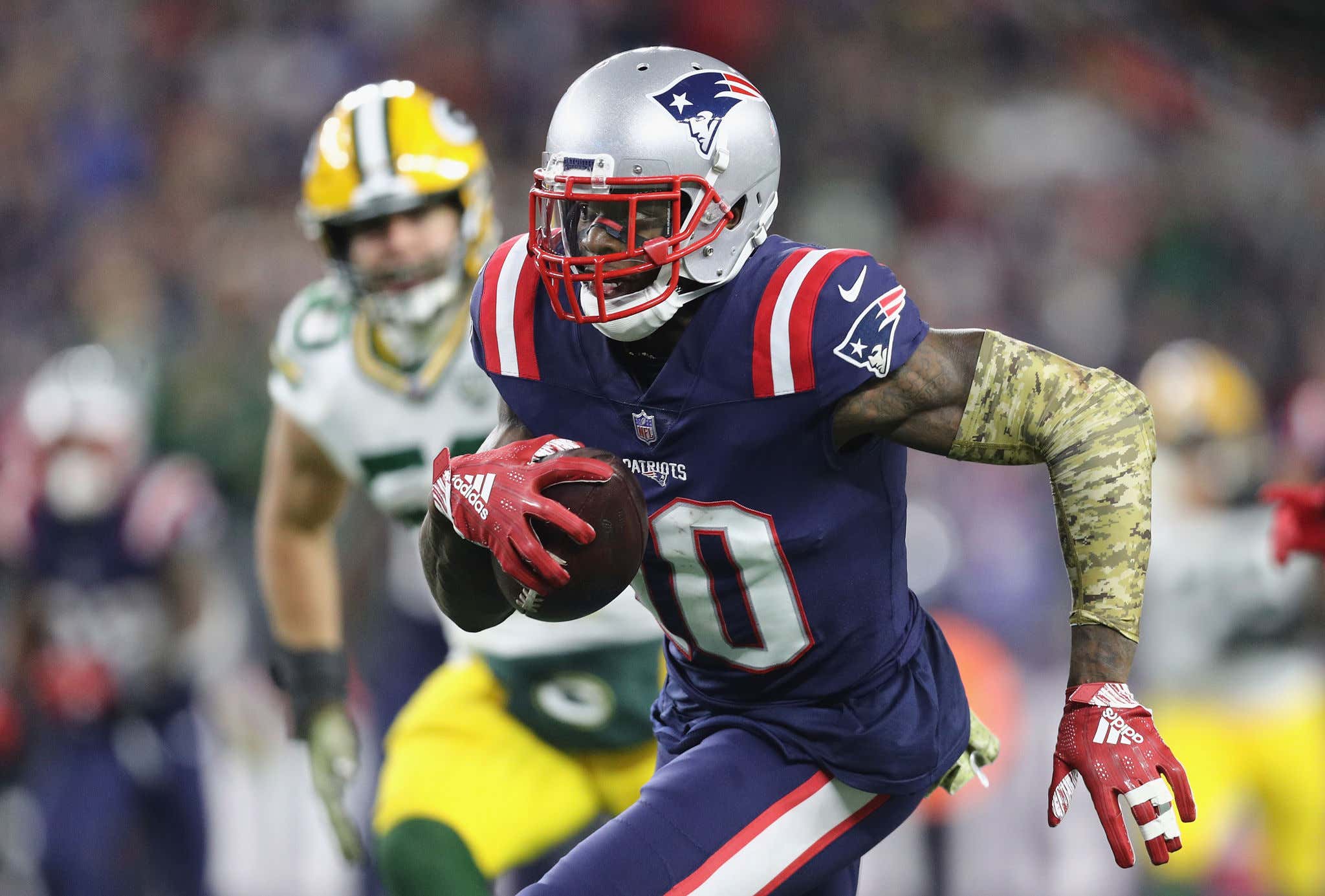 Before we go any further here, I'm going to have to ask you to sign a waiver indemnifying me from all claims that this blog makes you a victim of clickbait. The signee has to agree that this is not me reporting this as true, repeating rumors I've heard or otherwise claiming I know anything concrete. What follows is all just pure conjecture on the author's part and by reading this you agree that you knew the risks.

I am legitimately wondering if the Patriots would consider bringing Josh Gordon back for a third tour of duty in New England. Just to recap: Right now Gordon finds himself in the familiar position of being suspended for violating the league's substance abuse policy. His last suspension was the fifth of his career. And at the time he ran afoul of the Urine Patrol, he was with Seattle after being released by the Patriots. At the time, there were a few reports suggesting Gordon had been late reporting to workouts and there were times he went off the grid and they couldn't get in touch with him.

A few days ago, Gordon's agent said his latest relapse was caused by the death of his brother, which I imagine is a pretty common trigger. I interviewed Michael Irvin once on my old WEEI show and he volunteered that his mother's death almost made him relapse. So it's quite possible that was the cause of his setback and the reason he's asking the league to reinstate him.

As far as a reinstated Gordon automatically going back to the Seahawks, NFL Network's Tom Pelissero ended this interview:

... by saying they could be an option, but that he's still a free agent and "a potential low risk acquisition for someone who's in need of a potential big play receiver."

So you'll excuse me if I go full Lloyd Christmas, "So you're saying there's a potential." Because if there's a franchise in the league more in need of a potential low risk option to be a potential big play receiver, I can't think of a potentially better fit than the Patriots.

This is not just me doing that thing where a guy who's been dealing with controversy needs a home and we all just automatically put him on Belichick's Island of Misfit Toys. They have history with this guy. Pelissero said they liked him in Seattle. And while that may be true, they didn't like him enough to get the ball to him. In five of his six games with the Seahawks, he didn't start and was targeted two times or fewer. He started all six of his games in New England and over the first five averaged seven targets. It was only when he started hoisting red flags up the pole that they cut him loose. But they know he understands the system. When he had his personal demons on a leash he played hard, blocked to the whistle and fit in as a teammate. And still does. Julian Edelman posted this on his 'Gram:

… and the sort of people who comb through celebrity's posts that have 2,700 comments report that Gordon replied, “Big homie ????” You don't say things like that to a former co-worker unless you and he got along.

There are two major factors at play. One, is that the Patriots are jammed up harder against the cap than anyone, with just $650,000 in space. So anything they do to upgrade the receiver position from this point forward is going to have to be a major bargain. A steal. Someone who's worthy of taking up a roster spot but offers zero financial risk. The other is that Gordon finds himself once again in a "Prove it" year for the eight big year in a row. It's in his best interest to take the minimum and go somewhere that is familiar to him and where he knows he won't get buried on the depth chart. Still just 29 years old, he'd get a legitimate shot to be an impact target on a team in transition if he came back to Foxboro. And knows he'll get the off the field support he needs, because bear in mind the team picked up the tab for his rehab during his relapse in 2018.

It's a long shot. I admit that. It's more likely they see his ability it too far outweighed by his unreliability. And they had so much turnover at the position last year for a lot of reasons (not the least of which was Gordon himself) and more than anything just want to keep the same stable of guys as they break in a new quarterback. But to repeat, there's the potential. God knows they've taken bigger risks.

I guess I just want to see this guy again. 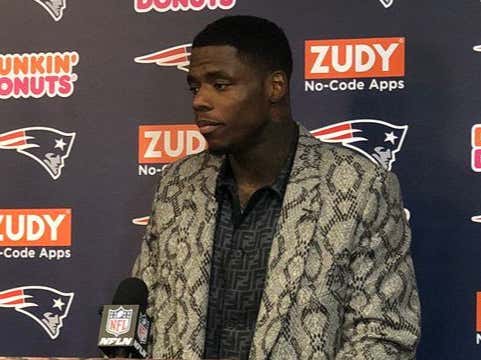