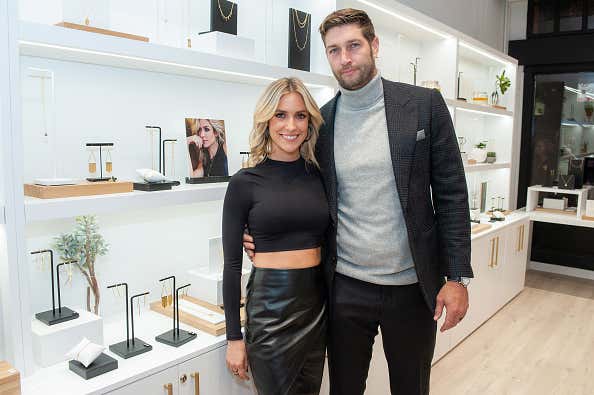 If you remember back on Mother's Day, a freshly divorced Jay Cutler reached across the great, canyon-sized divide created of all manner of nasty allegations, from Kristin Cavallari saying he cheated to the old accusations that he was a lazy, disinterested, droopy-eyed quarterback lacking any motivation whatsoever. But on that special day back in May, he decided to span that chasm with a bridge made out of social media.

Of course later it was suggested that Kristin herself was in control of all his accounts so that this might have been just her using him, putting words in his mouth like a ventriloquist dummy to tell everyone how amazing she is. Allegedly. We still don't know.

What we do know is that Cavallari had every opportunity to return the gesture for Father's Day and gave it a good leaving alone.

And Cutler fans are pissed:

“Happy Father’s Day, Dad! I’m lucky to have you,” Cavallari captioned the post. “Thanks for teaching me that I can do whatever I want in this life. You create your own destiny ???????? love you.”

While some of Cavallari’s four million followers fawned over the photos, others added Cutler, her soon-to-be ex-husband, to the conversation.

“HAPPY FATHERS DAY TO JAY,” another posted, as one fan pointed out that Cutler, 37, had posted a Mother’s Day message to Cavallari, weeks after announcing their divorce.

I make it my personal policy to not accuse people on the internet of guilt by omission. Of accusing them of evildoing because of what they don't say, because that way lies madness. That said,it's more of a guideline than an actual policy. I'd be a little salty too if I was a big Cutlerphile, he put himself out there on the dreaded high road and his ex couldn't be bothered to return serve. But since I don't have a cock in this fight, I have to say I kind of like the move. He might be on the higher road but she just grabbed the upper hand. On a holiday meant to honor your kids' father, no less. Is it petty? Sure. Petty as hell. Adding all sorts of rocket fueled aggression to the passive/aggressiveness. Say what you want, but don't tell me on some level you don't respect it.

What I respect even more is that a woman who posts less than once a week immediately followed it up with this nuclear blast:

There's no question about it. Kirstin is still holding a grudge and she has no intentions of playing fair. Take pity on Cutler in all this because she's going to keep giving it worse to him than all the pass rushers in the NFC North combined ever did.