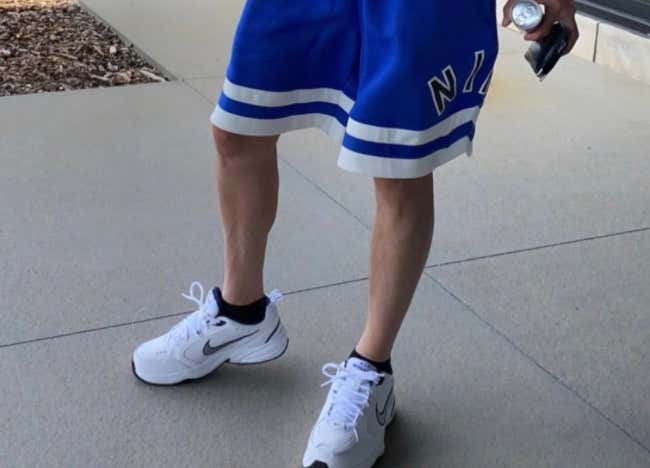 I don't want to make a huge deal out of it because everyone's gym has been closed since March and quarantine has gotten the best of most of us. But at the same time I'd be remiss to point out that Colin Cowherd has never done a Romanian deadlift in his life. Not a forward or backward lunge and probably doesn't even own a Chuck Norris TotalGym. I don't say that to make fun of the guy. I'm just stating facts. Legs feed the wolf don't ever forget it.

That said I'd be a sucker if I didn't also acknowledge that Cowherd is one of the most fascinating guys to me in sports. Just sits there for hours on end cranking out quality segment after quality segment. Sure there's some silly ass clips out there but when you think about being a professional and putting up a body of work, it's hard to deny Cowherd's success. A one-man band doing sports talk radio on television and making it an actual thing for a decade plus gets lost in the more general criticisms, like the fact he can't squat 135 and would prefer to be a nice pair of slacks. Oh well. Certainly worse problems in life:

SI -Cowherd still had a year left on the deal he signed in 2015 when he left ESPN and was reportedly making more than $6 million annually on the contract.

See what I mean? Really hard to actually talk shit about that guy other than his legs.