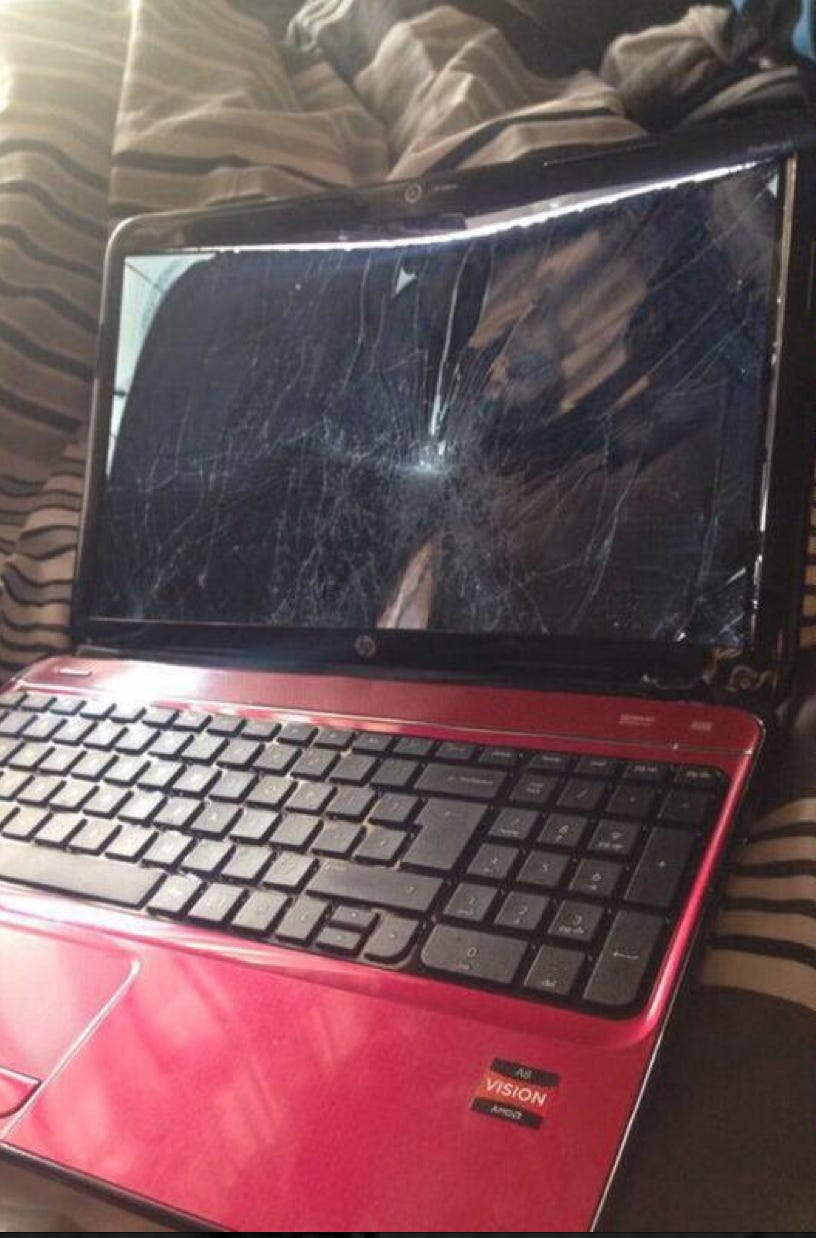 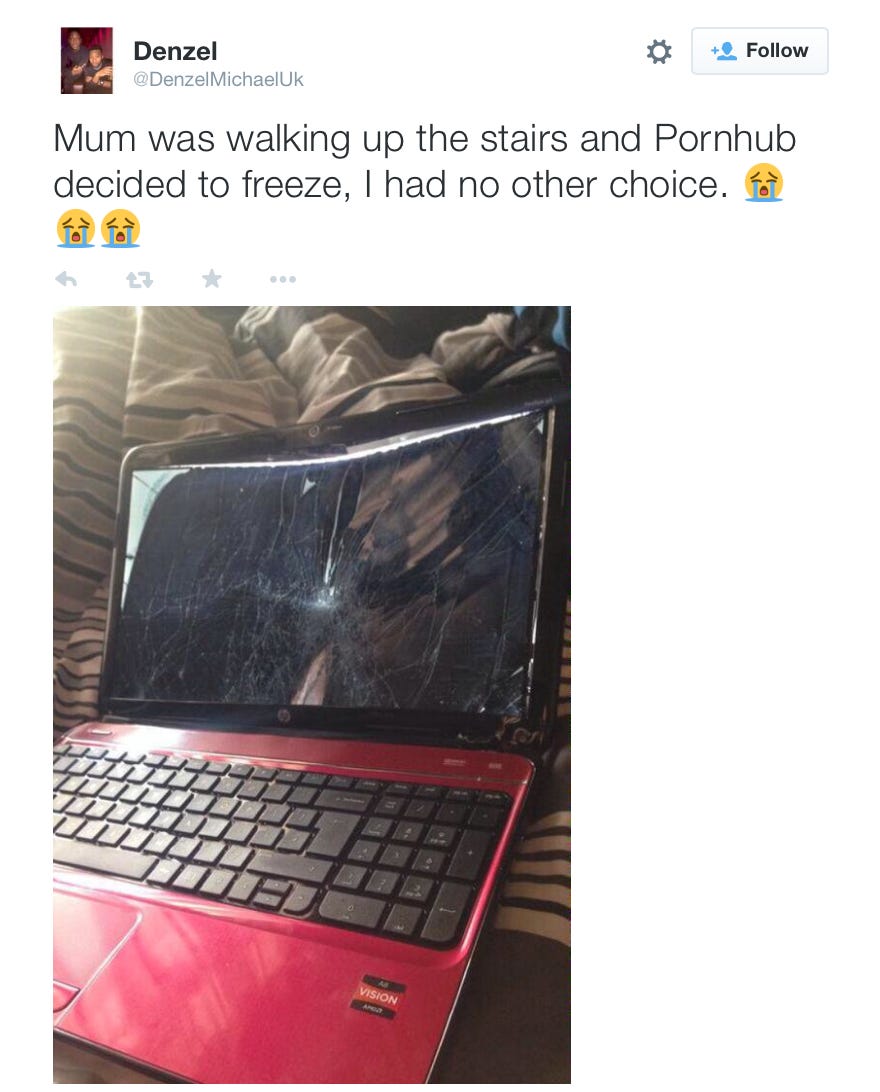 First things first. No way this is real.  No fucking way.  It just isn’t.  Don’t even try and tell me it is because it isn’t.  How do I know that?  Because people don’t do things like this.  They joke about things like this.  You say, “Damn man. My Mom almost caught me jerking off to porn the other day.  Thought I was gonna have to smash my laptop into a million pieces so she didn’t see.”  You say that as a joke to your buddies, but you don’t actually do it.  You pull up your pants, quickly close the laptop and hopefully you do it before anything weird happens.  This guy fooled everybody who favorited and RTed his tweet.  Good for him but you’re not fooling me.

Anyway, I blogged this for one reason and one reason only: Morale. Feels like morale is a little low in our corner of the internet.  People may or may not kill themselves and others have given up on their dreams.  When thoughts such as those are running through your head, remember you’ll always (or until you have a family of your own, thumbs down) have one thing: Masturbation in peace.  Because despite that fake tweet, the reality of that situation is all too real for a kid who still lives with his parents.  Teenagers jerk off once a day and that’s probably on the low side.  That’s at least once every 24 hours that a kid runs the risk of his parents walking in on him jerking off.  You know who doesn’t have that problem?  Adults.  That’s us.  At least us single guys.  We can jerk off whenever and wherever we want without risk of being caught by the people who created us.  It’s the best.  It’s a little thing called freedom.  Never underestimate freedom.  So next time you’re down in the dumps about something (like life), keep your chin up and remind yourself that you can jerk off at home without running the risk of being caught by Mom or Dad.  It’s the little things.