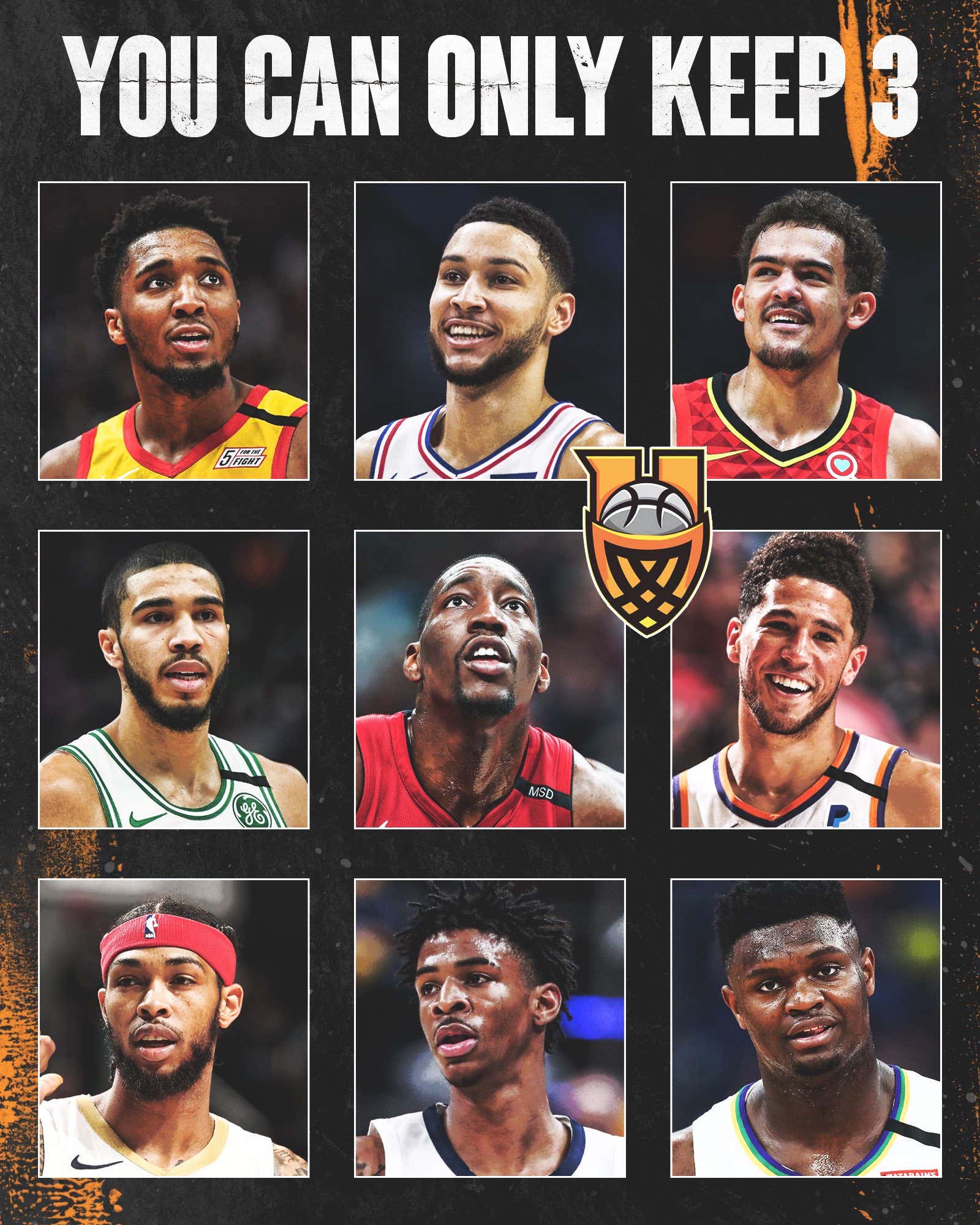 Now this is what I'm talking about. All nine dudes in that graphic are awesome, so chances are whatever trio you come out with is going to be pretty damn good. It's honestly hard to say someone is wrong no matter how they split it up because tt really comes down to personal preference. For me, I approached this exercise trying to fill three areas

while looking for a guard/wing/big. You may want a different combination which is fine, but for me that's the way to go.

The order in which I'll give my three aren't who I think is the best, but the order they appear in the graphic. That's just how my brain read this.

Here's what I know. I know Ben Simmons is the best defender on this list. Yes, even ahead of Bam. I don't really care that those ESPN Forecasting assholes left Simmons off their All NBA Defense teams. He shuts down pretty much every star player he faces

So right off the bat I'm starting my trio off with clamps that are about as versatile as it gets. That box is checked. Then there's the scoring. We all know Ben Simmons can't shoot, or at the very least is not willing to shoot. That's OK, I can address that later. What I do know is that when he's going downhill, who is preventing him from getting to the rim? Nobody. He can give me a very efficient 16 points a night easy, even without a jumper.

You add in the facilitating I consider Simmons at the very least, the second best passer of this group. You add that elite skill with his defense, and I'll look past the offensive limitations.

If I'm taking Simmons, I need a player I can give the ball to when I need a bucket who is also a threat to ya know, actually shoot. Last time I checked Tatum can do just that. Defensively he's probably 3rd or 4th best of the group, his facilitating is improving but is still mostly trash but again I have Simmons for that.

I also don't think you can underestimate how money Tatum is in the clutch when things matter most. Again this is not homerism, this is something that can be proven

He has one of the deepest offensive bags of the group and doesn't shy away from big moments. I think that matters. He can play multiple positions and has one of the highest ceilings of anyone in this group.

I don't care that he only played 19 games. You can't pass on taking Zion. Those 19 games were pretty much all we needed to see for us to realize NBA defenses can't really stop this kid. He's even somewhat more willing to step back and actually shoot threes which is nice. I just imagine Simmons/Zion on the break and that is something that I would in fact like to sign up for.

He checks then box in terms of scoring, and his facilitating is actually pretty underrated too. When you watch Zion you see he clearly has a feel for the game. Defensively he's for sure the biggest weakness of the three, but Simmons/Tatum can cover for him. I just don't see how you don't include someone where all signs point to him being a generational player.

You look at my trio and it gives you pretty much the best of everything. Trae Young might be the best passer and is a handful offensively, but he's a disaster defensively. Having Simmons as my PG solves that while not losing all that much as a passer. Maybe you would prefer Brandon Ingram as a wing, but I feel like Tatum is the better defender and is more proven on the biggest stage. In terms of bigs, Bam is no slouch, but he's also not Zion.

So that's my three. What's yours?