Oh boy....For those unaware (and I assume I'm talking to everyone here since not many of you follow tennis) there have been a few exhibition tennis tournaments going on in Serbia and Croatia over the last few weeks as part of the newly created Adria Tour. The tournament, organized by Novak Djokovic, featured top players Alexander Zverev, Dominic Thiem, and Grigor Dimitrov.

There have been mini tennis tournaments going on in the U.S. lately, but those featured very strong COVID-19 safe guards, as well as zero fans. No ball boys/girls, only one umpire, masks everywhere, no handshakes. What about the Adria Tour? Well you'd think there was no such thing as a global pandemic if you watched these matches. Full capacity fans, zero masks, ball boys/girls, and no social distancing whatsoever. It was fucking crazy to see.

I totally get how other countries were able to handle this virus better than the United States. We're the opposite of the standard for how to figure this shit out. I'm all for countries trying to get sports to come back and even going one step further with fans involved, but you can't just act like corona didn't happen. You still need to be smart about how you go about it and have a ton of precautions. You can't just go on like there is no risk at all! Do you see any other countries going with full capacity fans in the stands? How about no one wearing a mask? You look at this screen grab and assume it's from another year. 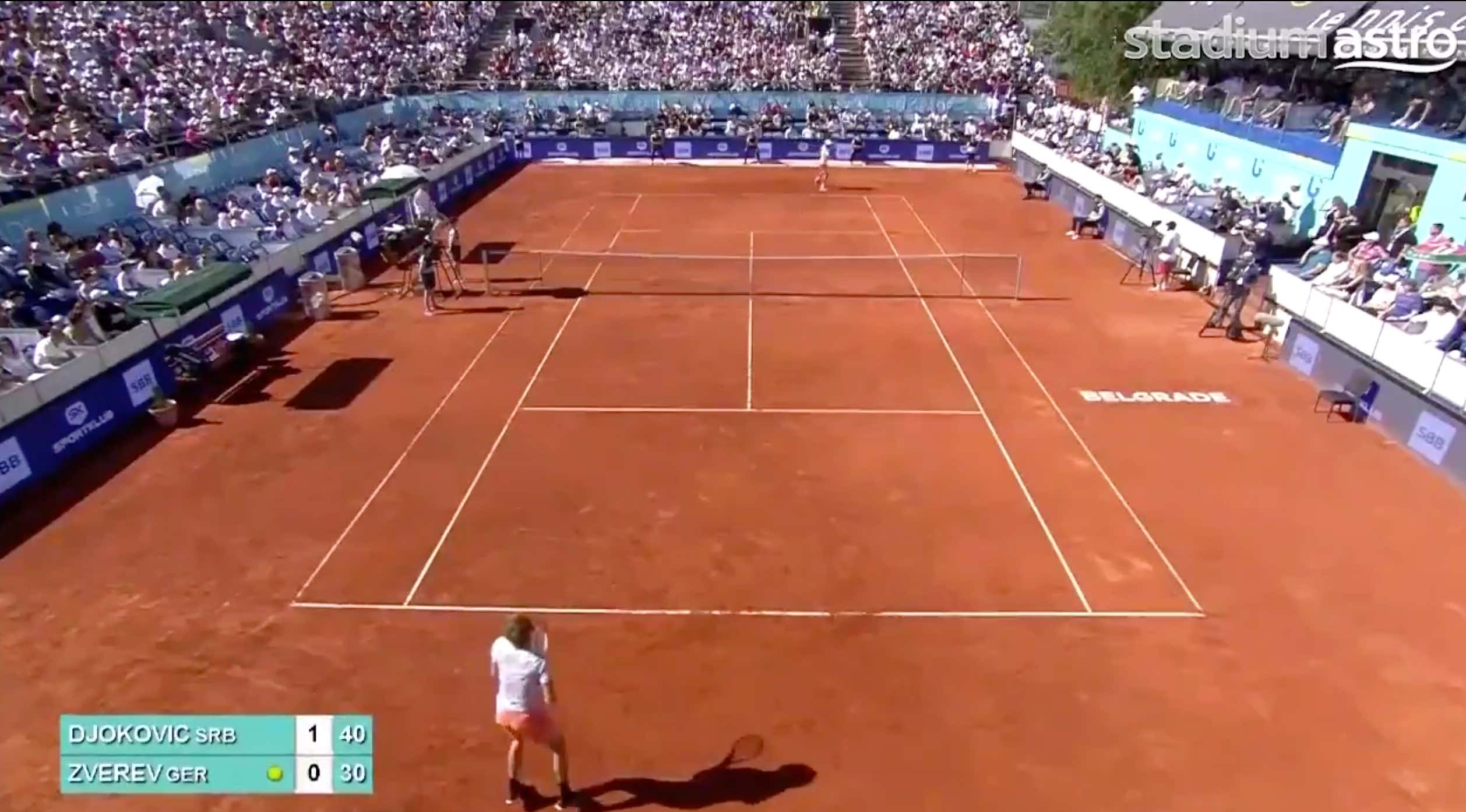 Djokovic has received a ton of shit for the creation of this event, but kept coming back with the fact that Serbia and Croatia were in completely different situations than the United States. He didn't think there was any risk at all with bringing in people from other countries. What a fucking idiot. The dumbest of dumb.

"I know there have been some criticisms as well especially coming from the West: 'why do we have a crowd? Why not having social distancing? What is going on and why are they having this kind of event in the midst of a very hard pandemic in the West?'"

"But, you know, it’s hard to explain to people that the situation is really, really different maybe in America or the UK than it is in Serbia or surrounding countries, and obviously from the day one of the organisation of the Adria Tour, [we have been] following the rules and the measures that have been regulated by obviously the government institution and the public health institution." -Tennis Legends Podcast

Well....now one of the top players has coronavirus from this event that you said had no risk. The dude sitting right next to you here Novak. The guy who has been with you for the last few weeks. 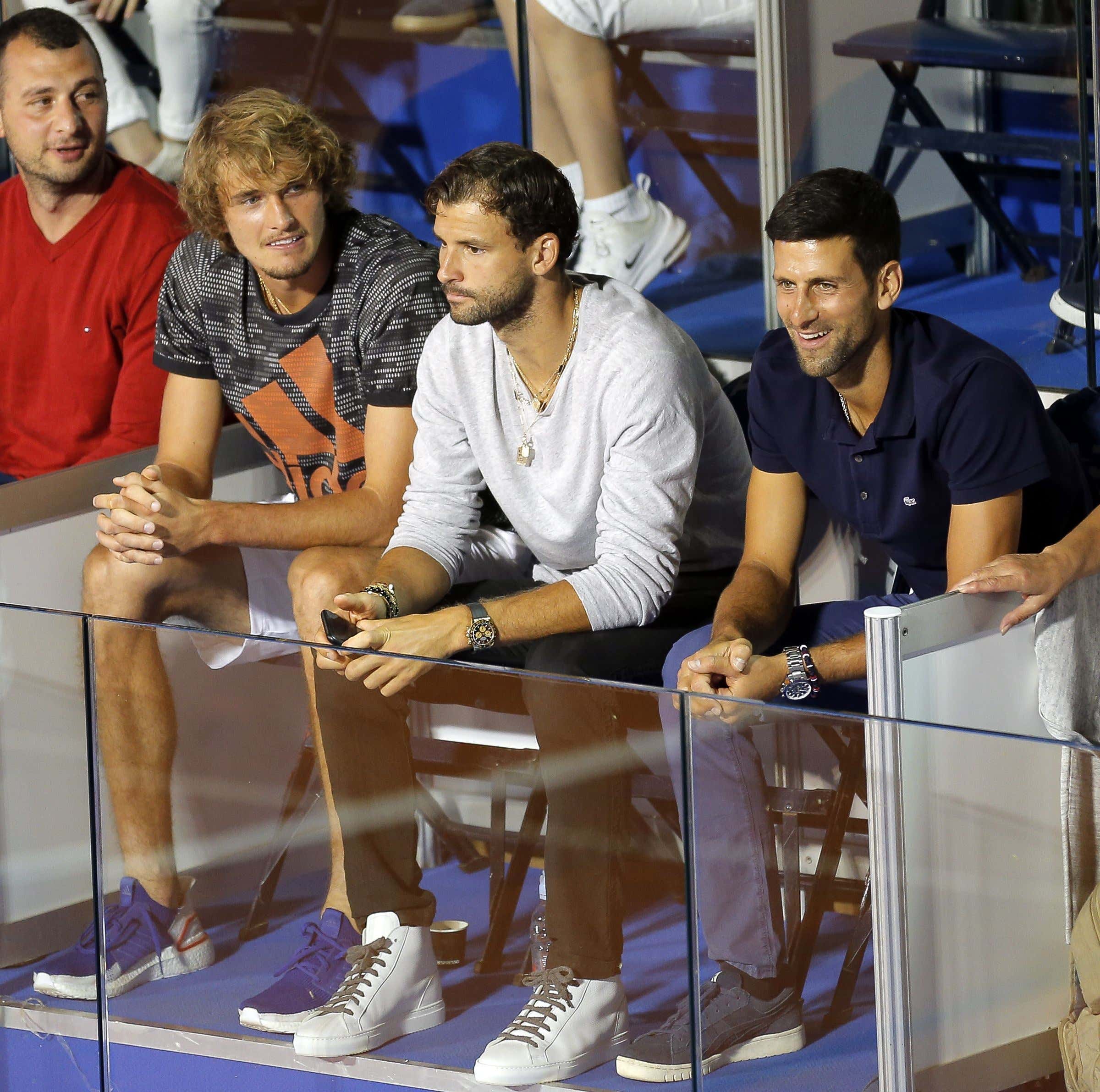 Grigor played YESTERDAY. I didn't watch, but from all accounts he looked awful physically. It was clear something was noticeably off. He chose to not shake hands after the match, but still gave fist bumps to everyone.

Why wouldn't you just avoid contact all together? Dimitrov is an awesome dude and I hope he makes a speedy recovery, but man you have to be smarter than that. You have to imagine he wasn't feeling 100% going into the match. With everything going on you have to pull out just to be on the safe side. It's an exhibition match for christ's sake. Who gives a shit if you play?

Now we're about see a shit storm. This is an unmitigated disaster. Djokovic basically gave the rest of the world the middle finger with this event and said the pandemic was not an issue for them anymore. He didn't see any risk in having a tennis tournament with full capacity fans while no one involved practiced social distancing. After last week's tournament there were videos posted of all the players going nuts at the club and ignoring all kinds of social distancing rules. Now Grigor has COVID-19 and a lot of other people probably do as well.

Very rarely do you see a high profile athlete like Djokovic take this many L's in a row. It's kind of impressive at this point. He was supposed to play a few hours ago in the finals but the match was called off after the news about Dimitrov.

What a fucking idiot. It's hard to grasp how irresponsible and stupid a decision it was for Novak to host this kind of tournament and think nothing bad was going to happen. Good luck with this shit show.