We are about 24 hours out from Jamal Adams requesting a trade from the Jets. With the news cycle calmed down a bit, let's take a look at the chances that the Jets actually trade their All-Pro safety.

Why Jamal Has Little Leverage:

The Jets could control Jamal Adams for the next 3 years if they'd like. 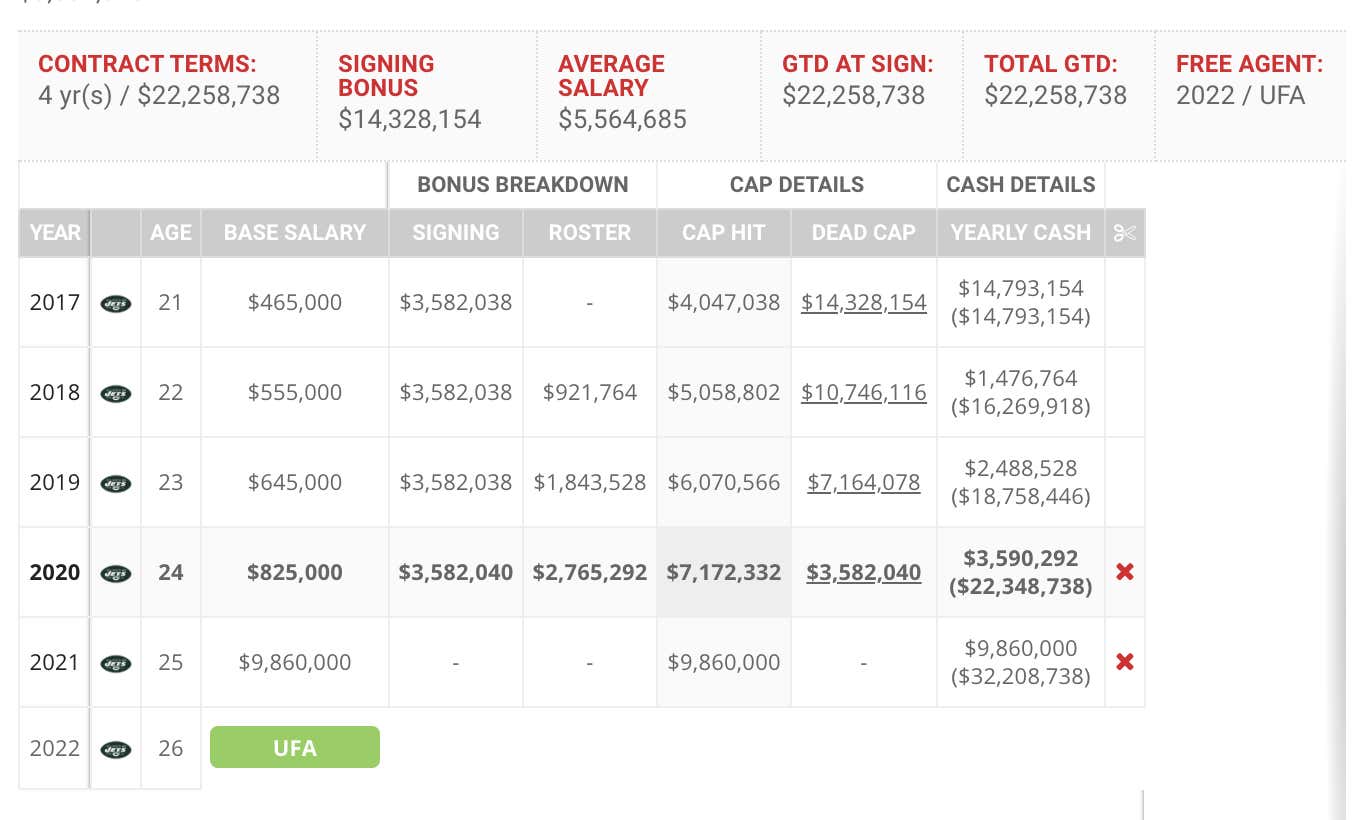 After 2021, the Jets could put the franchise tag on Adams.

Having Adams under contract for an average of around 10 million for the next 3 years is incredibly valuable for the Jets. To give that up they would need to be given a phenomenal trade opportunity.

In a post-COVID world, the chances that the cap goes down for the 2021 season is high. How much will it go down is unknown. Paying the rate that Adams wants right now wouldn't be the smartest thing to do in terms of Caponomics.

So What Happens To Jamal Adams?

Unless a suitor comes along, Jamal Adams is going to be a Jet for awhile. Considering that Adams only wants to play for a certain amount of teams, that suitor coming along may less likely to happen that most people think: