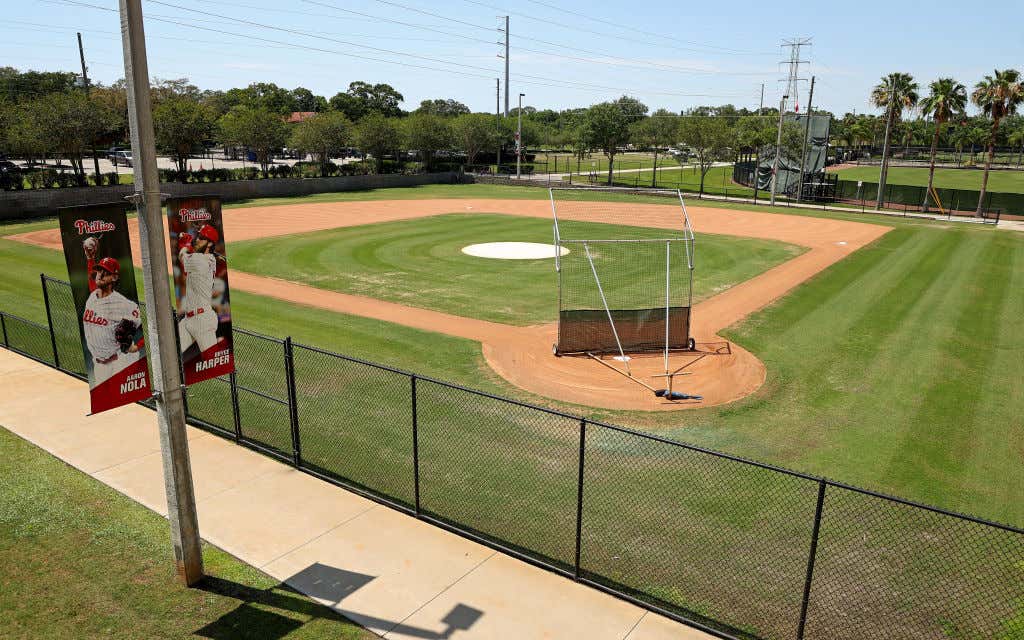 ABC NEWS - The Philadelphia Phillies confirmed Friday that five players and three staff members have tested positive for COVID-19. The Major League Baseball team added that it is closing its spring training facilities in Clearwater, Florida, "indefinitely" amid the outbreak...

The MLB team declined to comment on the implications of the outbreak on its 2020 season, saying it's too early to determine.

First Rob Manfred was 100% positive the league would play this year. Then he wasn't "confident" because financial negotiations between MLB owners and players weren't exactly going splendidly. Now COVID-19 has stepped in and left its mark on the Phillies.

The team said the first confirmed case occurred this past Tuesday. In addition to the eight positive cases among players and staff members, an additional 32 are awaiting test results.

FUUUUCK. 32 people are still awaiting test results? Oh boy - this could be really bad. But we're gonna stay positive here and hope all 32 tests come back negative and this doesn't get worse than it already is.

As far as though who are infected (the organization hasn't released any names), I sincerely hope they're all able to get through it as quickly and safely as possible.

May this also serve as a reminder to all of us that this virus is far from over. It may feel like we're nearing the end, but the reality is we don't know shit. Some states like New York appear to be getting better, but others like Florida and Texas are taking their biggest hit yet because people aren't practicing proper social distancing while socializing.

If you're one of these people: stop fucking around and extending the life of this thing! Don't you want sex to be a real possibility in your life again? Or if that has very rarely ever been an option for you, don't you want sports to come back? Don't you miss the deep disappointment and misery you feel every time your team loses? And knowing it's all worth it for the extreme bliss that comes with winning? I do! So put your gd mask on and don't get close to other humans so we can all get sports, sex, and life back.